A political declaration on the bombing of civilians

Handicap International (HI) is taking part in the Meeting of the First Committee of the General Assembly of the United Nations (Disarmament and International Security), which opened in early October. Why is the organisation attending this major international event? 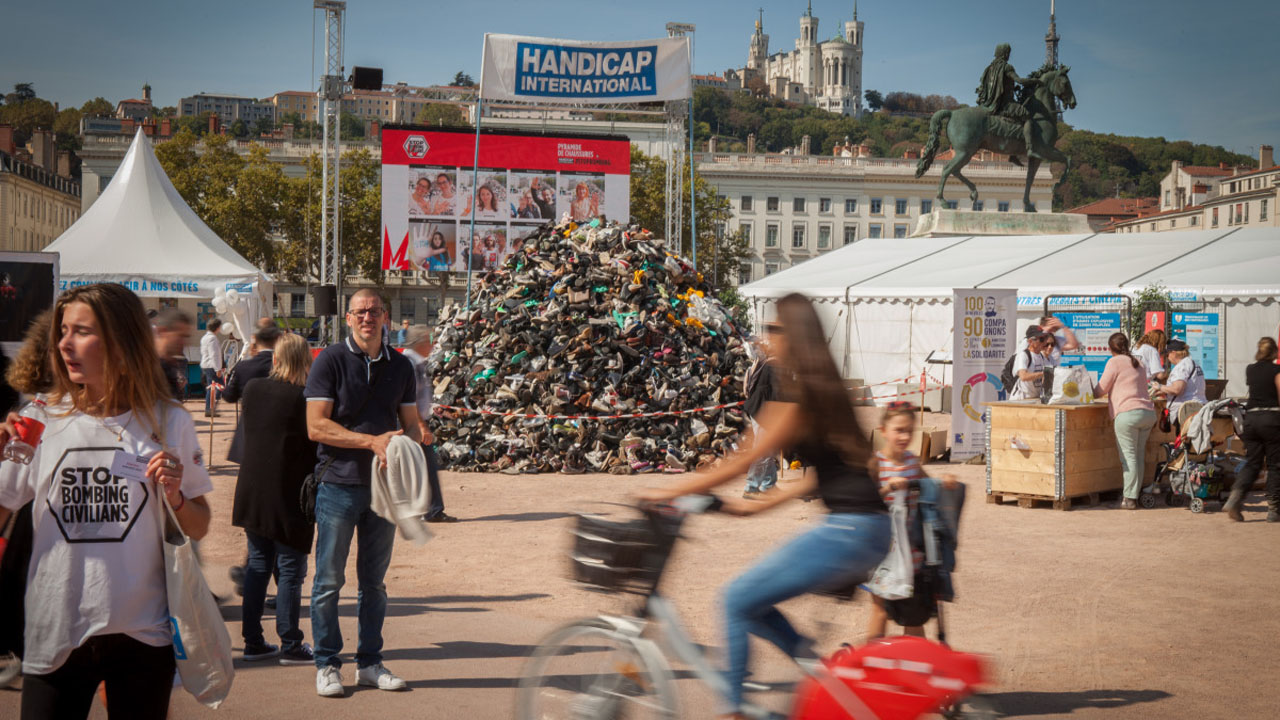 The United Nations General Assembly meets every year from early September. The assembly is composed of six committees. These large working groups each has its own speciality. Their role is to hold talks, alert the General Assembly to specific points, and make recommendations. HI is taking part in the committee on disarmament and international security.

For HI, these committee meetings, which are being held from 2 October to 2 November, are an opportunity to talk with States and to encourage them to sign, if they haven’t done so already, the Mine Ban Convention (Ottawa Convention) and the Convention on Cluster Munitions (Oslo Convention). It is also calling on States to end the use of explosive weapons in populated areas. To this end, it has presented States with its report ‘Everywhere the bombing followed us’, published on 5 October, which establishes the link between the bombing of civilians and multiple forced population displacement in the Syrian conflict.

Towards a political declaration

Against the bombing of civilians, HI is calling on States to support a political declaration in which they commit to condemn the use of explosive weapons in populated areas, recognise the suffering of civilians and assist victims. The drafting of a political declaration is a key objective of Handicap International’s campaign. The declaration is similar to a treaty and, over the long term, HI wants as many States as possible to support and sign it. A draft statement is currently being drawn up by a group of States and NGOs. This sort of work can take many years. HI wants to put a stop to the use of explosive weapons in populated areas, particularly weapons with wide-area impact.

Since the beginning of September, HI has been running a civic action campaign - Stop Bombing Civilians - on social media, against the bombing of civilians. To take part, people simply need to write “STOP” on their hand, take a photo in which the word can clearly be seen, and post the selfie on social media with the hashtag #StopBombing and #StopBombingCivilians to show their support for HI’s campaign.