In 2016, a record number of civilians were killed in bombing raids in Syria. One in every four civilians killed by aerial bombing in urban areas was under 18 years old, according to a study published by Lancet Global Health based on a Violence Documentation Centre (VDC) dataset. The study points to the use of explosive weapons in populated areas - a practice Handicap International (HI) vigorously campaigns against - and its devastating effects on civilians as the cause of these figures. 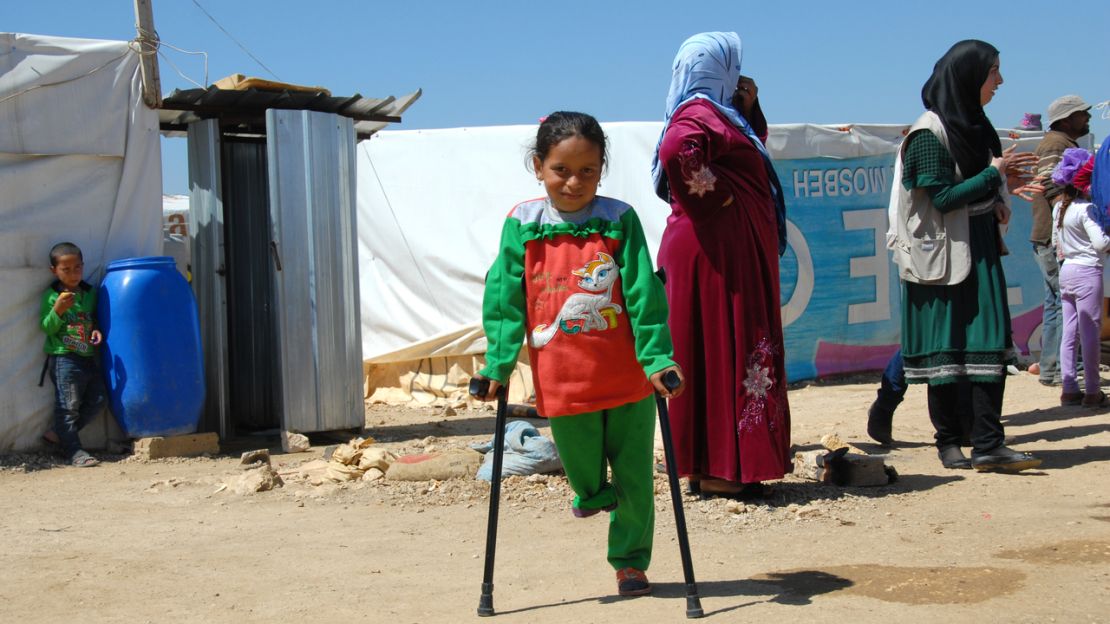 Ahlam, 8, was victim of a bombing and had to be amputated of her right leg. | © Elias Saade / HI

Three-quarters of the people killed in the Syria conflict are civilians,[1] a fact reiterated in the Lancet study (civilians account for 71% of fatalities compared to 29% for combatants in the period 2011 - 2016). Some weapons, due to their wide-area effects, almost exclusively kill civilians.

Experience shows that military policies and practices can be revised to ensure improved protection for civilians. As Anne Héry, Director of Advocacy at Handicap International (HI) states, "the international community must take action to end the use of explosive weapons with wide-area effects in populated areas. Military policy and practices need to be worked on, including the sharing of good practices at international level."

Over the last few months, HI has been asking members of the general public to sign a petition against the bombing of civilians. HI has been advocating that States draft a policy statement with three main commitments: that States put an end to the use of explosive weapons with wide-area effects in populated areas; that they acknowledge the suffering of the civilian population and support the victims; and that they work to revise military policy and practices. The drafting of this political statement is one of the key goals of HI’s campaign. The organisation aims to mobilise a large number of States on this issue, in order to tangibly improve the protection afforded to civilians during conflicts.

[1] Figures obtained from a dataset of 143,630 fatalities for which the information on the cause of death was complete.