The bombing of civilians in populated areas has become a familiar feature of present-day conflicts. Not only does it kill and maim civilians, it also destroys vital public infrastructure such as bridges, ports and hospitals. Anne Héry, head of advocacy at Handicap International (HI), explains how the use of explosive weapons in populated areas impacts on civilians. 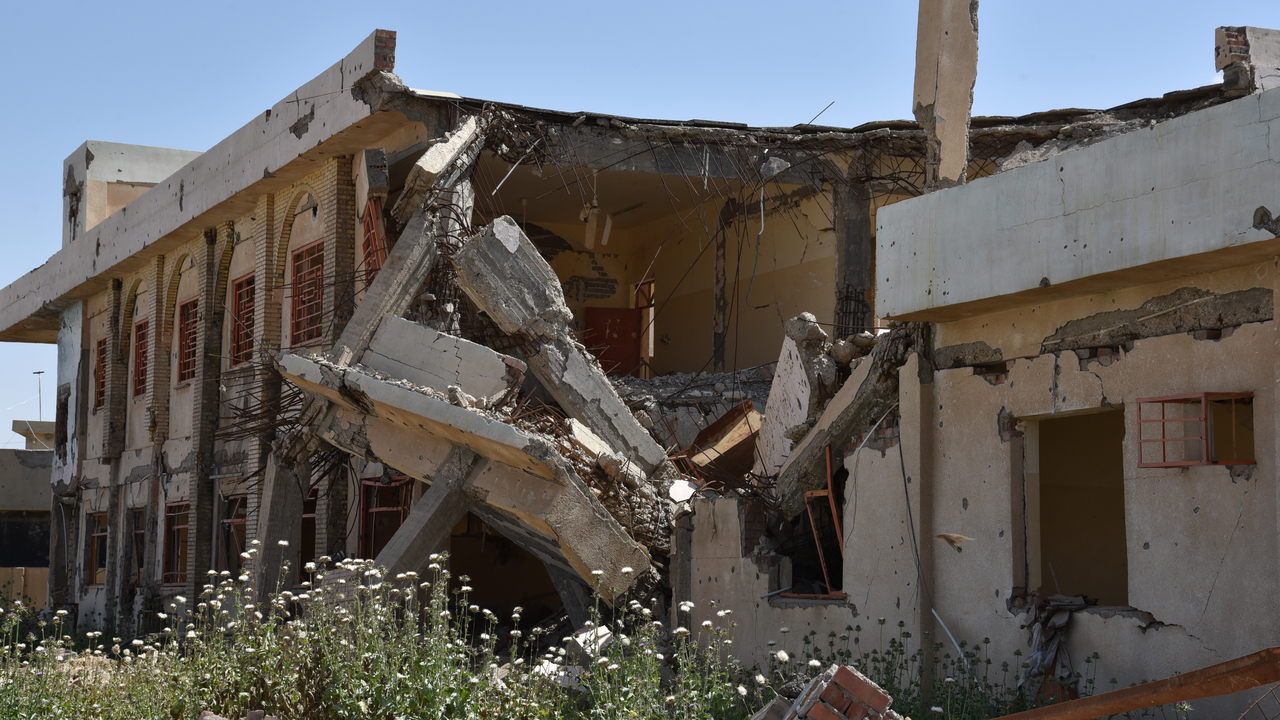 Facility destroyed during combats in Iraq in 2014 | Till Mayer

Let’s take a look at the example of what happens when a bridge is destroyed in an air attack. Because ships can no longer berth, cargo shipments - including foodstuffs – are interrupted, potentially causing a sharp rise in market prices and shortages in regions which rely on this infrastructure. Because it disrupts the supply chain and causes stock-outs, the bombing of a simple warehouse can also have serious consequences.

When a country becomes the target of bombing, road transporters often take safety measures - such as disbanding convoys - which reduce the volume of goods delivered. Many insurance companies no longer cover transporters who operate in affected countries. This forces transport companies to suspend their activities. Resulting shortages of food and medication can lead to an increase in malnutrition and make people with illnesses more vulnerable.

This domino effect can also occur following the bombing of water networks. The destruction of pumping and water treatment stations and water systems deprives neighbourhoods and entire districts of clean water or drinking water. Rubble or damage may also contaminate the mains water supply. This can have a horrifying impact on health. Infectious diseases, kidney infections and typhoid increase mortality rates among the population. The destruction of a single water treatment station can affect hundreds of thousands of people.

Attacks on hospitals also have dramatic and lasting consequences. Hospital buildings have to be immediately evacuated or are destroyed beyond use. Once the bombing is over, services are almost inevitably reduced: damage makes some buildings inaccessible; some staff prefer to flee the region or country and do not return to work; medical equipment is also damaged and unusable. When the electric grid is affected, some equipment, such as incubators, no longer work. When a regional hospital closes, thousands of people find themselves without access to medical care. If patients no longer receive treatment, complications and death rates rise.

Handicap International against the bombing of civilians

For several months, Handicap International has led a campaign to denounce and seek a ban on the use of explosive weapons in populated areas [Petition link], a tragically common practice in current conflicts, in Syria, Afghanistan, Yemen, and Ukraine, and other countries where 92% of casualties of this barbaric practice are civilians.

Explosive weapons used in populated areas kill and cause suffering and serious injuries, such as burns, open wounds and fractures. They cause disabilities and psychological trauma. This practice results in forced population displacement, and the destruction of vital infrastructures such as homes, schools and hospitals.

During an attack, a variable percentage of these weapons do not explode on impact, posing a permanent threat to civilians long after fighting has ended. The presence of explosive remnants of war makes it dangerous for people to return to their homes once an attack is over or the conflict has ended.