Channa: a step towards the future

Eight-year-old Channa’s face lights up and then breaks into grin, revealing the playful little girl inside. But between bouts of laughter, a more serious Channa all too easily takes her place. And no wonder: born with one leg, this little girl’s life has not been all fun and games. 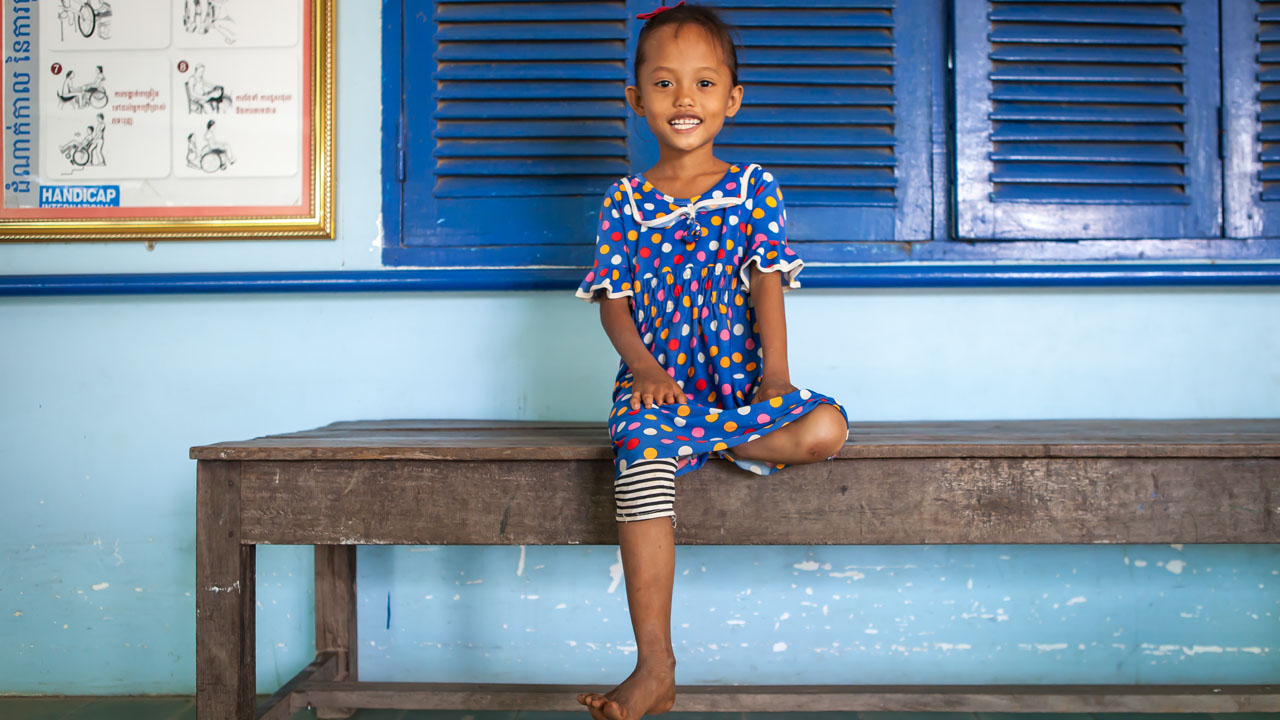 A premature baby, Channa weighed just over one kilo at birth. Her mother Sokra remembers the joy of seeing her adorable little face for the first time, and then the chill that ran down her spine when she realised that her baby had been born with deformed fingers and a left leg almost detached from her body. The doctor immediately decided to amputate. Shocked, the young mother took a long time to get over the ordeal.

Deep in her native village, Channa grew up under the helpless gaze of her parents. Sokra was overprotective of her daughter and suffered in silence as the other children in the village took their first steps. Her daughter would never be able to walk. Then one day, everything changed. “The first time Handicap International’s social worker came to explain that my daughter could walk with a prosthesis, I felt so relieved. It was wonderful to hear that Channa had a future too! It really upset me to see her drag herself along the floor at an age when most children were taking their first steps,” she explains. Channa, then aged one and a half, learned how to take her first few steps with her new prosthesis.

Since then, as she grows, Channa has paid regular visits to the orthopaedic centre managed by Handicap International in Kampong Cham to be fitted with a new prosthesis, better adapted to her size. She can’t imagine life without her faithful companion: “I love my prosthesis. It changed my life. Now I can walk and skip with a rope!” 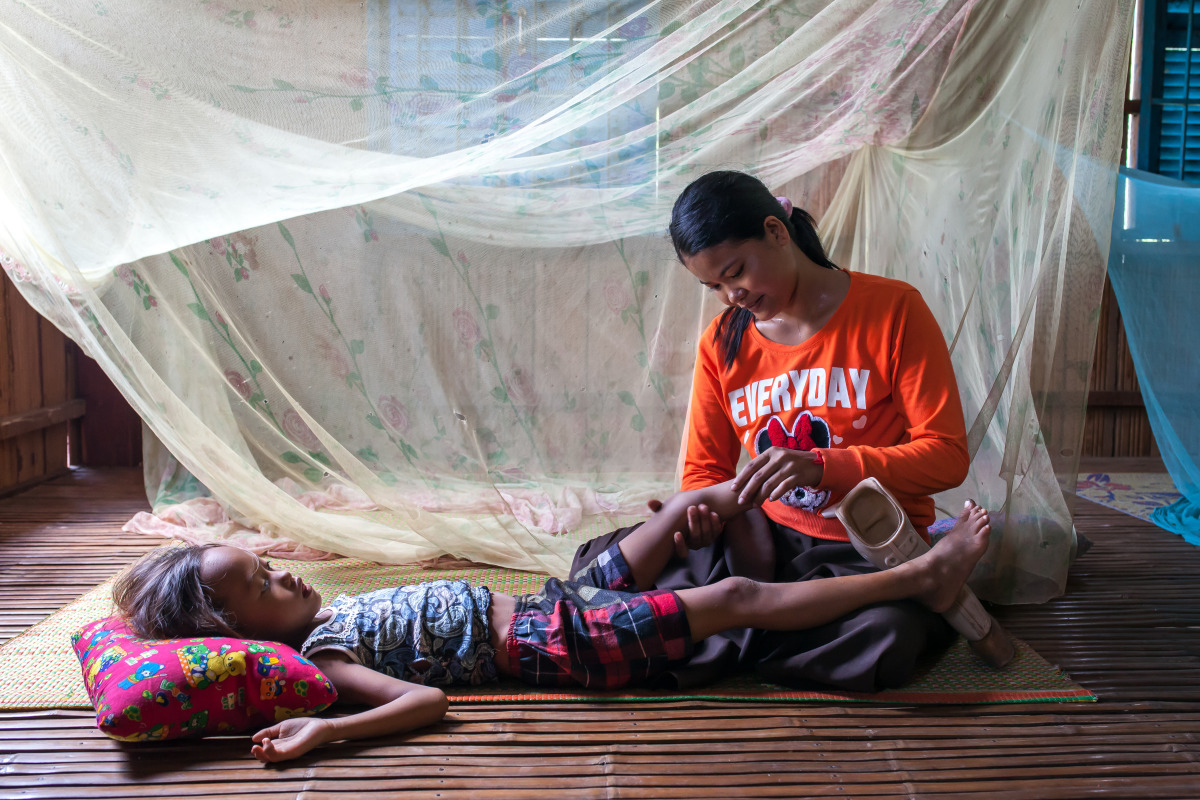 “I have lots of friends”

The girl and her little brother lives with their many cousins. Enrolled at school for the last two years, she had to repeat her first year. Channa had problems learning to write because of her deformed fingers, but she persevered and now she can write at last! The most difficult challenge for her was to fit in at school. “When I started school, it was really hard. Some of the pupils would beat me and laugh at me. I didn’t want to go anymore,” she confides. “I didn’t say anything. It was my cousin who spilt the beans. Mum was very angry. She went to see my schoolmistress and they had a chat. The schoolmistress talked to the children who were hurting me. Since then, the problems have stopped. I know everybody. I have lots of friends.”

Although Channa loves school now, her favourite time of day is still break-time, when she can skip with her rope. That’s when she becomes the star of the playground, as light as a feather, her face beaming with a smile!

Sometimes, the little girl’s eyes fill with sadness. Soon, her mother will have to leave again, for a long time. Channa and her brother don’t often see their parents, who chose to work in Phnom Penh, the country’s capital, to try and lift the family out of poverty and to give them a better future. 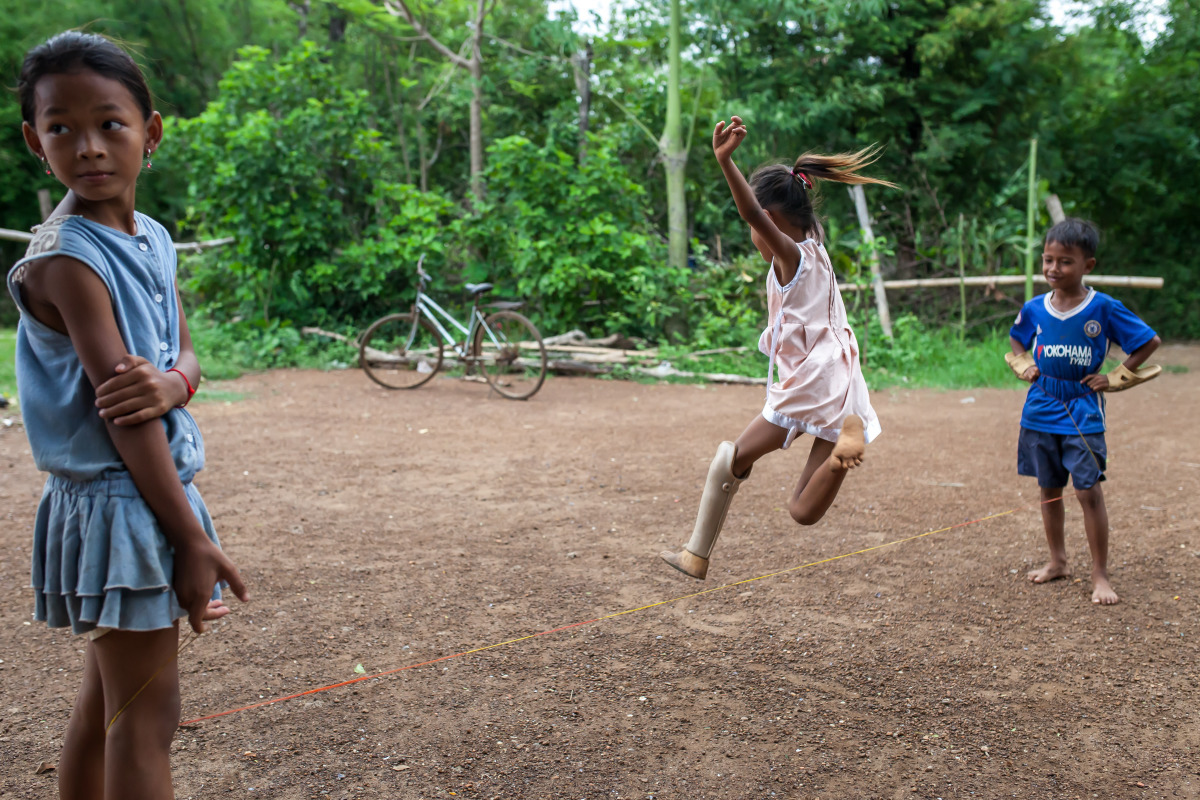 A cheeky young lad, Kuch isn’t afraid to show his pride. And he has every right to! After losing his right leg in a motorcycle accident, this determined little boy quickly learned to walk again with a prosthesis made for him by Humanity & Inclusion (HI) . 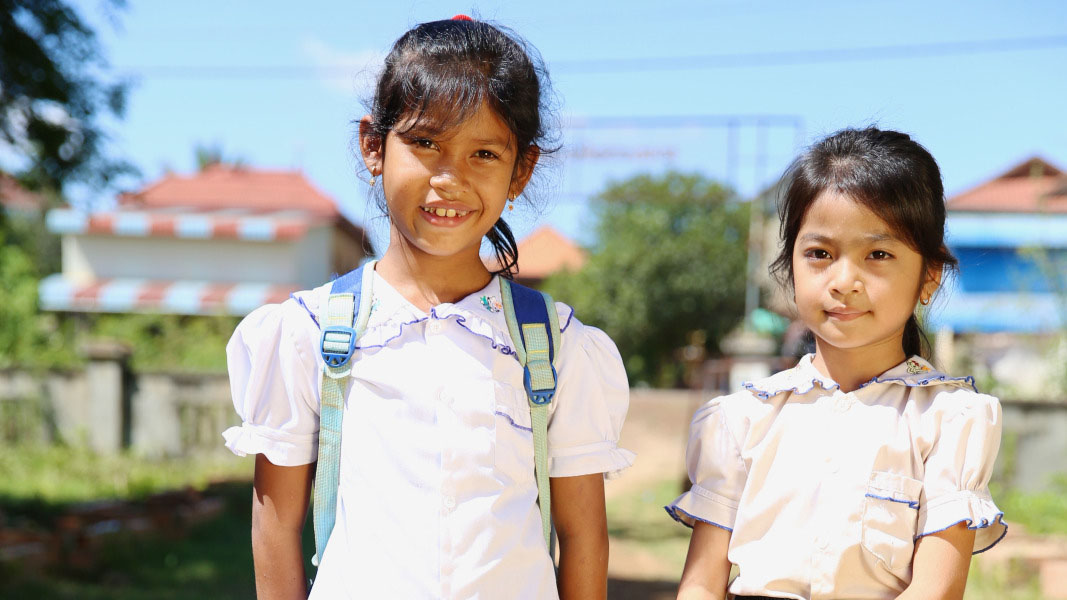 Sreyka lost her leg in an accident on her way home from school.

Sreyka was hit by a speeding driver and had to have her left leg amputated to save her life. Since she was fitted with her prosthesis, made by Humanity & Inclusion (HI), she has begun to smile again and returned to school. 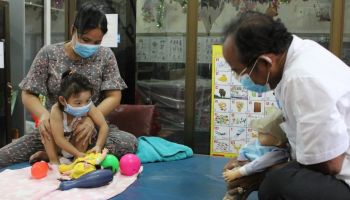 The COVID-19 crisis hasn’t stopped Sreyoun’s mother and the Humanity & Inclusion (HI) team from finding ways to help the little girl progress. Seeing Sreyoun thrive is a dream come true for her mother.