The Oslo Convention banning the use, production, stockpiling and transfer of cluster munitions entered into force eight years ago, on 1 August 2010. Despite the success of the convention, which has been signed by 119 countries, cluster munitions victims doubled in recent years. 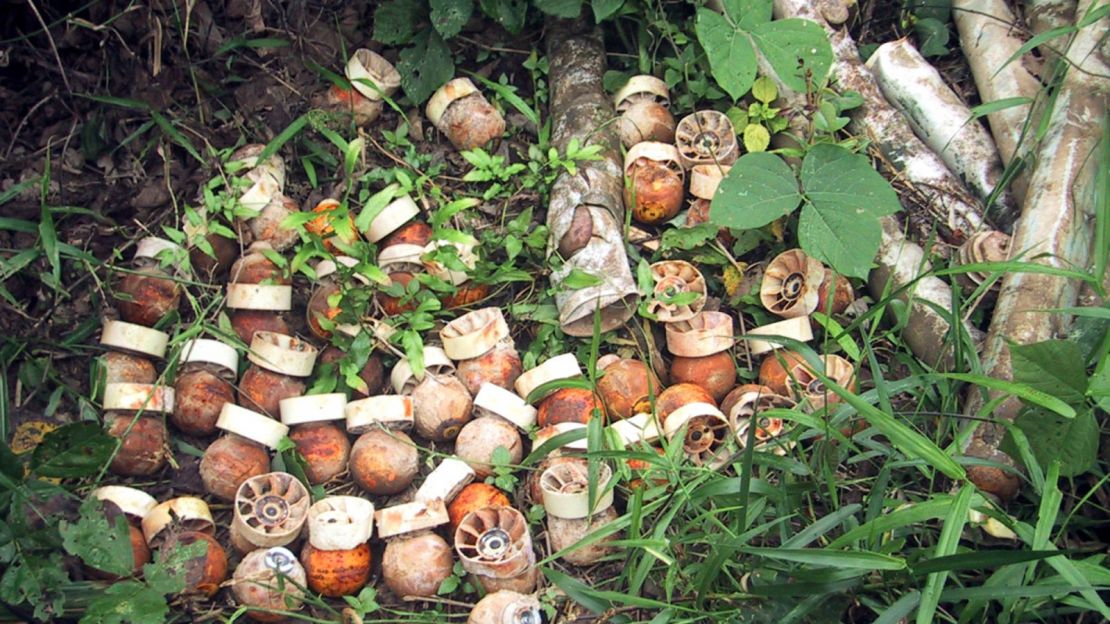 Published in August 2017, The 2017 Cluster Munition Monitor report reports that the number of people killed or injured by cluster munitions more than doubled between 2015 and 2016. There were 971 casualties of these barbaric weapons in 2016 compared with 419 in 2015. Civilians account for 98 percent of submunition casualties reported around the world.

The Syrian conflict alone accounted for 89 percent of the world’s cluster munition casualties in 2016, that is, 860 victims out of 971.

The vast majority of new casualties (857) were injured or killed in cluster munition attacks. But there were also new casualties of non exploded submunitions long after the end of war, such as 51 new casualties in Laos.

What are cluster munitions?

Dropped from aircraft or fired from the ground, cluster bombs are designed to open in the air, releasing sub-munitions over an area equivalent to several football pitches. They kill and maim civilians and combatants indiscriminately.

Up to 40% of these sub-munitions do not explode on impact. This endangers the lives of civilians, sometimes for decades after a conflict has ended, and disrupts the economic and social life of contaminated areas.

Progress on the universalisation of the convention

However, real progress has been made towards the universalisation of the Convention on Cluster Munitions over the last eight years: The convention has been signed by 120 countries, of which 103 are States Parties, making it a powerful arms control instrument[1]. States are increasingly likely to issue official statements when these barbaric weapons are used.

[1]From 3 to 5 September 2018, Geneva will play host to the 8th Meeting of States Parties to the Convention on Cluster Munitions, when each State Party will review progress towards meeting their obligations under the Convention, particularly in terms of the destruction of stockpiles, clearance and victim assistance. This conference will also provide States Parties with an opportunity to underline their commitment to the universalisation of the convention and to unanimously condemn any future use of cluster munitions.