Cyclone Idai: Our priority is to reduce the risk of epidemics

Floods and poor hygiene in areas hit by Cyclone Idai pose a new threat to affected populations. HI is preparing to distribute hygiene kits to the most vulnerable families. 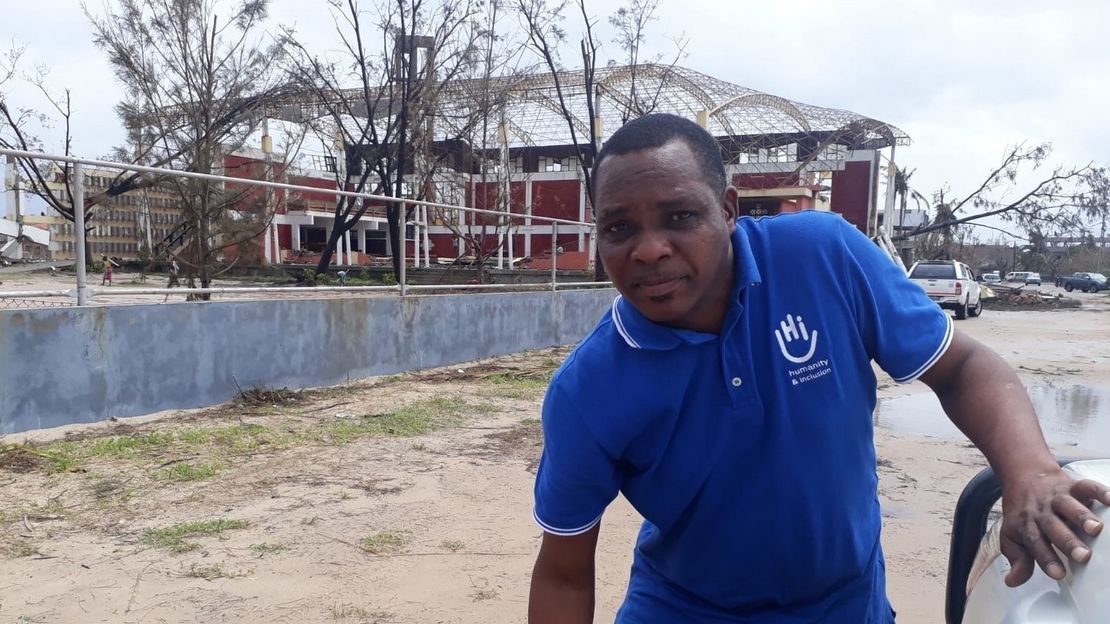 After disaster in Beira, Mozambique, assesment from HI staff in Beira. | © F.Renoux / HI

"This is a major humanitarian disaster," explains Marco Tamburro, HI’s programme director in Mozambique. “There are at least 145,000 displaced people in the city of Beira alone, which has a population of more than 500,000. We’re unsure of the final death toll because we don’t yet know what the situation is like in isolated areas. But it’s likely to rise.”

Floods, dirty water and poor hygiene have raised a new threat to people already hit hard by the disaster: the risk of epidemics.

“Cases of cholera have already been reported in the city of Beira. Floods make this type of disease more likely.
So, we plan to distribute hygiene kits, which should provide more than 6,000 families with a healthier living environment.”

Tomorrow, HI’s teams in France will also send out mobility aids including crutches, walking frames and wheelchairs, along with generators and a logistics kit to equip a temporary office in a disaster area.

The city of Beira still bears the scars of the cyclone

Although several roads have been reopened, they remain lined with debris from trees and roofs.

“During the first few days, it was very difficult to get to people due to the floods. The situation has improved somewhat over the past three days, and we’re coordinating our actions with other organisations to make sure distributions get through.”

HI will also provide food aid to more than 10,000 families.

"The shock suffered by disaster victims has to be taken into consideration. The whole city of Beira was affected.

The people who lived through the cyclone and lost everything are deeply traumatised.
We need to provide first psychological assistance to make sure they have someone who can listen to them.”