Dayana, 15, grenade casualty: “It feels like I’ve got metal moving in my head”

Dayana, 15, was seriously injured in a grenade accident in Colombia two years ago. With help from Handicap International (HI) and its partner organisation Tierra de Paz, Dayana has been able to talk with other young explosion victims. Her family has also received financial support to set up their own homemade ice-cream shop - a helping hand to move on from the past. 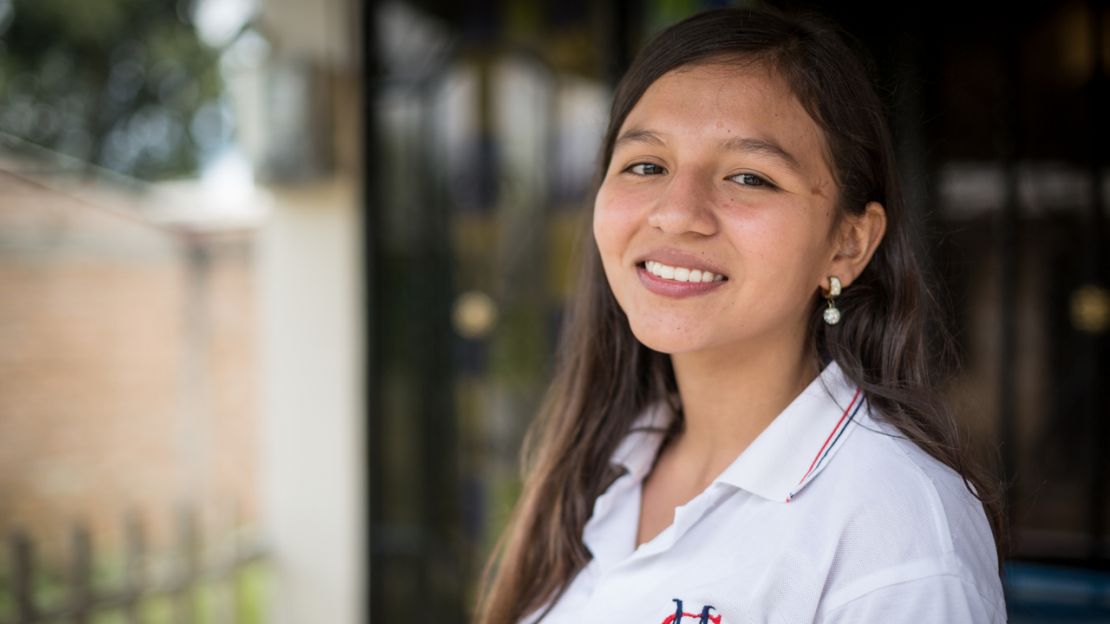 “It was 3 June 2015, and I was nearly 13. I remember the friend I was with. A staircase. An explosion. Then waking up in a hospital bed. And my family’s terrified faces. I’ve forgotten the rest. I don’t know what happened. I don’t want to know,” says Dayana, jittery but smiling.

Her mother, Marta, 34, adds: “Dayana was with a friend not far from our house in the village of Esmeralda (departamento of Nariño). I heard an explosion and ran towards her, my baby in my arms. I screamed her name, again and again, and found her covered in blood. She was unconscious and her forehead was gaping open. There were wounds all over her body. She’d been hit by a grenade - she could have died.”

Dayana was rushed to a medical centre and then to Pasto hospital. “They told me it was too dangerous to operate on my head, so they sewed up my wounds. I’ve still got the shrapnel in my skull. When I went back to school, everyone was asking me what had happened. I just wanted to forget all about it. I wanted the whole thing to disappear.”

On 13 November 2015, they left their village: “We had to move. We’d given witness statements and we were frightened they’d take reprisals. And we wanted to get far away. To move on.” For a while they stayed in a hotel near the village of San Ignacio, where Marta learned to make desserts.

“The next few months were really hard. I kept thinking about the shrapnel I had in my head. I felt it moving around. I used to look on the internet to see what might happen to me. I was afraid of dying,” admits Dayana.

In 2016, Dayana and her family met HI and its partner organisation, Tierra de Paz. Lesly, the organisation’s psychologist, describes what happened: “When I talked to Dayana for the first time, she was really anxious. For a lot casualties, the sequelae aren’t just physical. We suggested she attend the psychological support workshops we run for young explosion victims on Saturdays in Popayan. It gave her a chance to talk about her feelings and traumatic experiences, and helped her realise that she’s not alone. Often, for these young people, who feel different from everyone else, this can be very liberating.”

HI and Tierra de Paz also helped Dayana’s family apply for financial compensation following the accident[1] and to start a new business. “We talked about our plans together, and we were given some equipment - a freezer, tables and chairs, and so on - and opened our own ‘tea room’. We sell homemade blackberry ice-cream and maracuja desserts[2]. My dream is to open a bigger tearoom on a busier street!” says Marta.

After a break of a few months, Dayana has now returned to school. “I’ve got lots of friends and I’ve really settled down,” she says. “But I hide my secret. I don’t want them to know about my past. And if they ask, I just say I fell over. And I carry on my way.”

[1] HI and Tierra de Paz contacted an organisation that provides support to mine casualties and requested financial compensation to cover the cost of the family’s rent for three months.