Humanity & Inclusion (HI)'s teams intervened to help the victims of the fire that broke out in Cox Bazar, in a Rohingya refugee camp, on March 22. 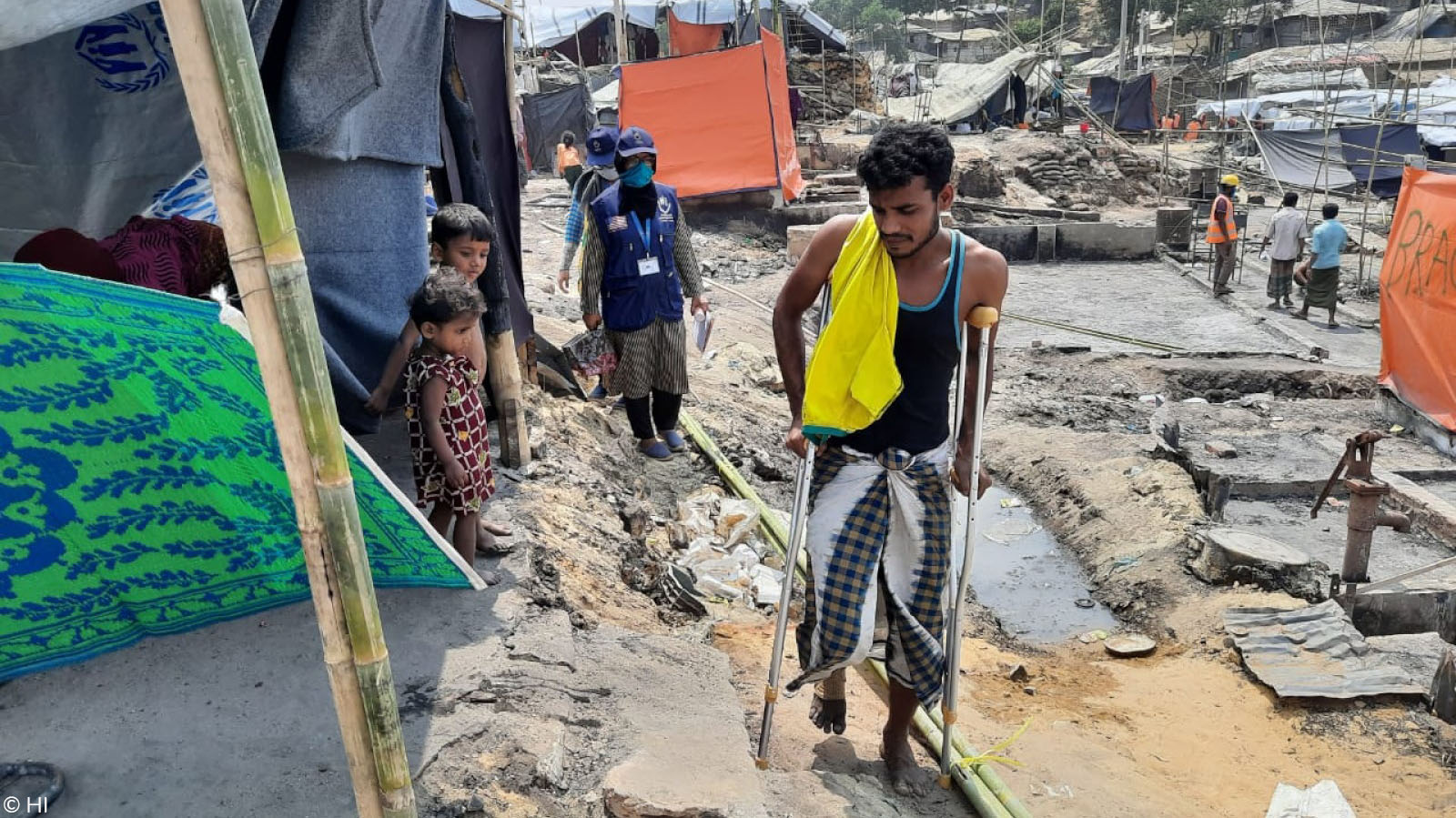 HI team are evaluating the needs of the victims, who were affected by a fire in Cox Bazar refugee camp on March 22nd. | © HI

The March 22 fire in Cox Bazar affected more than 40,000 people and injured more than 550. HI, which has been working in Rohingya refugee camps since 2013, assessed the needs of victims and launched an emergency response.

More than 1,700 people traumatized by the disaster received psychosocial support from HI through individual and group sessions. HI also distributed more than 3,000 hygiene, cooking, etc. kits to people in need. Many Rohingya refugees also received physical therapy and crutches, walkers, etc., which were burned in the fire. Affected people have also been informed about available services, especially regarding protection for children and isolated women.

The logistic teams of HI were also put to contribution to assure missions of transport of humanitarian aid for the benefit of the organizations present in the refugee camps. In the days following the disaster, HI had transported more than 34,000 hot meals to the affected people.