"I couldn't imagine doing any other job"

Since 2013, Rabih has worked as one of HI’s mine clearance experts in North Lebanon, in a region contaminated heavily by the 1975-1990 civil war. 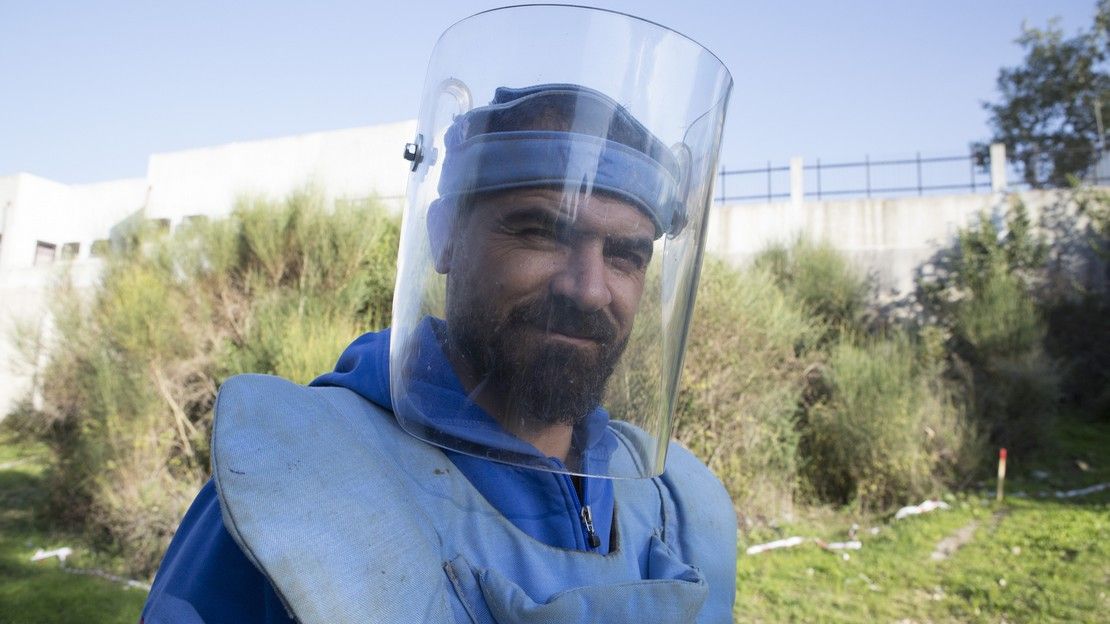 HI is working to clear Lebanon of weapons left over from the 1975-1990 civil war and the 2006 conflict. Rabih is a member of the HI teams decontaminating 21 villages in four districts.

Mine clearance expert: more than a job

Rabih began his career in southern Lebanon after the 2006 war. After meeting HI’s team, he decided to work in Bsharri district, in the north of the country. Far from his native region and family, he is now a key member of the team, with whom he lives and works five days a week.
"I really missed my family and friends at first. But the other weapons clearance experts were really friendly and after a while, I no longer felt alone. The team is my second family. Even if it had been somewhere other than northern Lebanon, I would have gone. I couldn’t imagine doing any other job - it’s in my blood,” explains Rabih.

Weapons clearance in the north is very different from the south. The winters in the mountainous region of Bsharri are harsh and snowfall heavy. “Winter is one of our biggest challenges. The minefield freezes and it makes the work harder. You have to be constantly aware of the dangers to avoid an accident,” explains Rabih.

The type of contamination is also different; in the north, it is recent and visible to the naked eye; in the south, the anti-personnel mines were laid in the 1980s and now lie hidden in the undergrowth.

“What we're doing here is humanitarian demining. We’re doing it to prevent children, women, men and even animals from getting hurt. It makes me so happy when I find a mine, so I avoid taking risks,”

Once he has completed his mission in the region, our mine clearance expert hopes life will gradually return to normal for the villagers. He wants them to rebuild their homes and start farming their land, free of fear. In the future, this magnificent wooded and mountainous region might even attract potential nature lovers: "It's a perfect place for camping. The countryside here is outstanding,” says Rabih.