In Kandahar, a center for helping injured and disabled people

Since 1996, Handicap International manages a physical rehabilitation centre in Kandahar, in southern Afghanistan. This centre is the only one providing comprehensive services to disabled people across the whole region. We visit the centre with Rasool, the officer in charge of the activities of Handicap International in the Kandahar province. 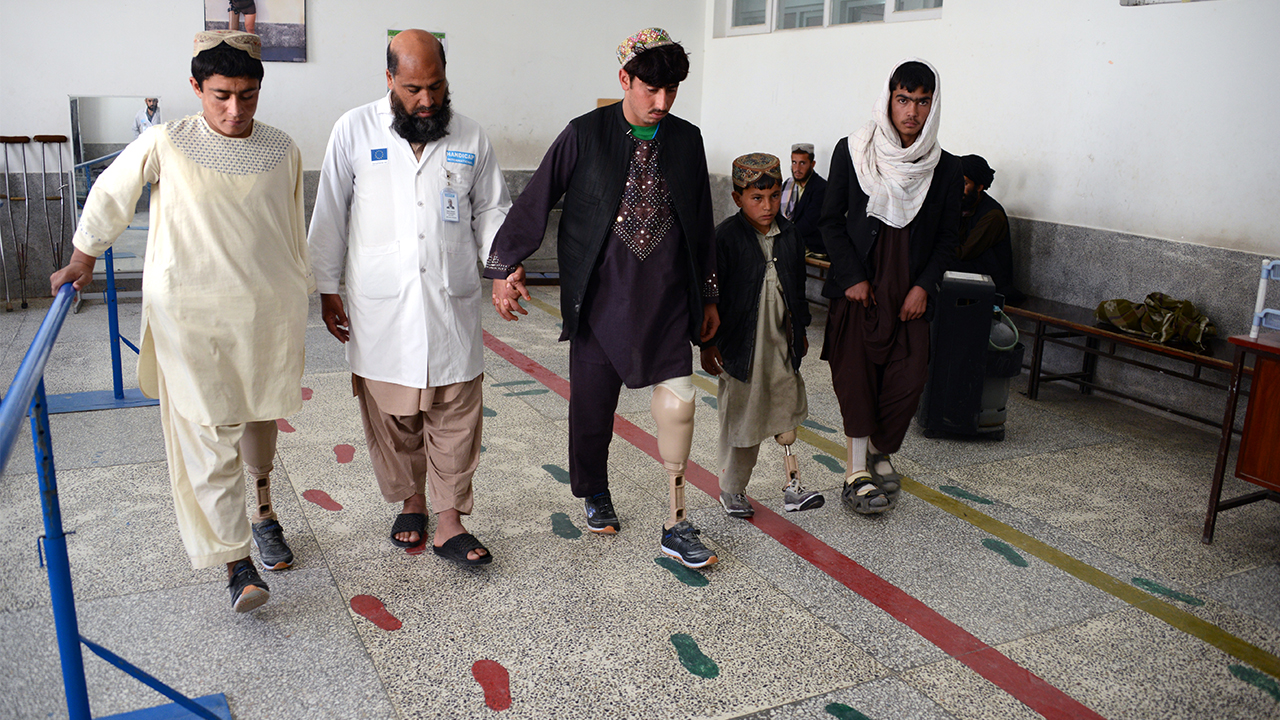 In 2015, the center hosted more than 7,000 single patients1. “On average, almost twenty new patients arrive here every day, explains Rasool, and at least 1 out of 5 is an amputee of a lower limb.”

Inside the main room, the lower-limb amputees exercise with the prosthesis they just received. Under the supervision of a physiotherapist, they are walking with these new legs following footsteps painted on the floor of the room. The center particularly focuses on group training, according to Rasool: “When exercising in groups, the patients support each other. They are in a better mood and it raises the efficiency of the physiotherapy sessions.”

The center employs 54 people (including 10 women), distributed between the rehabilitation services which provides physiotherapy sessions to the patients; and the workshop which provides and repairs prosthesis, orthosis and other mobility aid (walkers, wheelchairs, crutches…).

The Kandahar center gradually became a reference in the region and beyond. If 80% of the patients of the center originate from the province of Kandahar, 20% of them are coming from the surrounding areas and even from nearby Pakistan.

“Hosting the patients for several days is a challenge. Many of them come from remote areas and cannot afford staying in Kandahar for a night or two” comments Rasool. The center of Kandahar thus has a 33-beds capacity guesthouse. Every day, the in-patients walk the 50 metres path between the guesthouse and the rehabilitation center. Between 2010 and 2015, the attendance of the center of Kandahar increased by more than 50%. 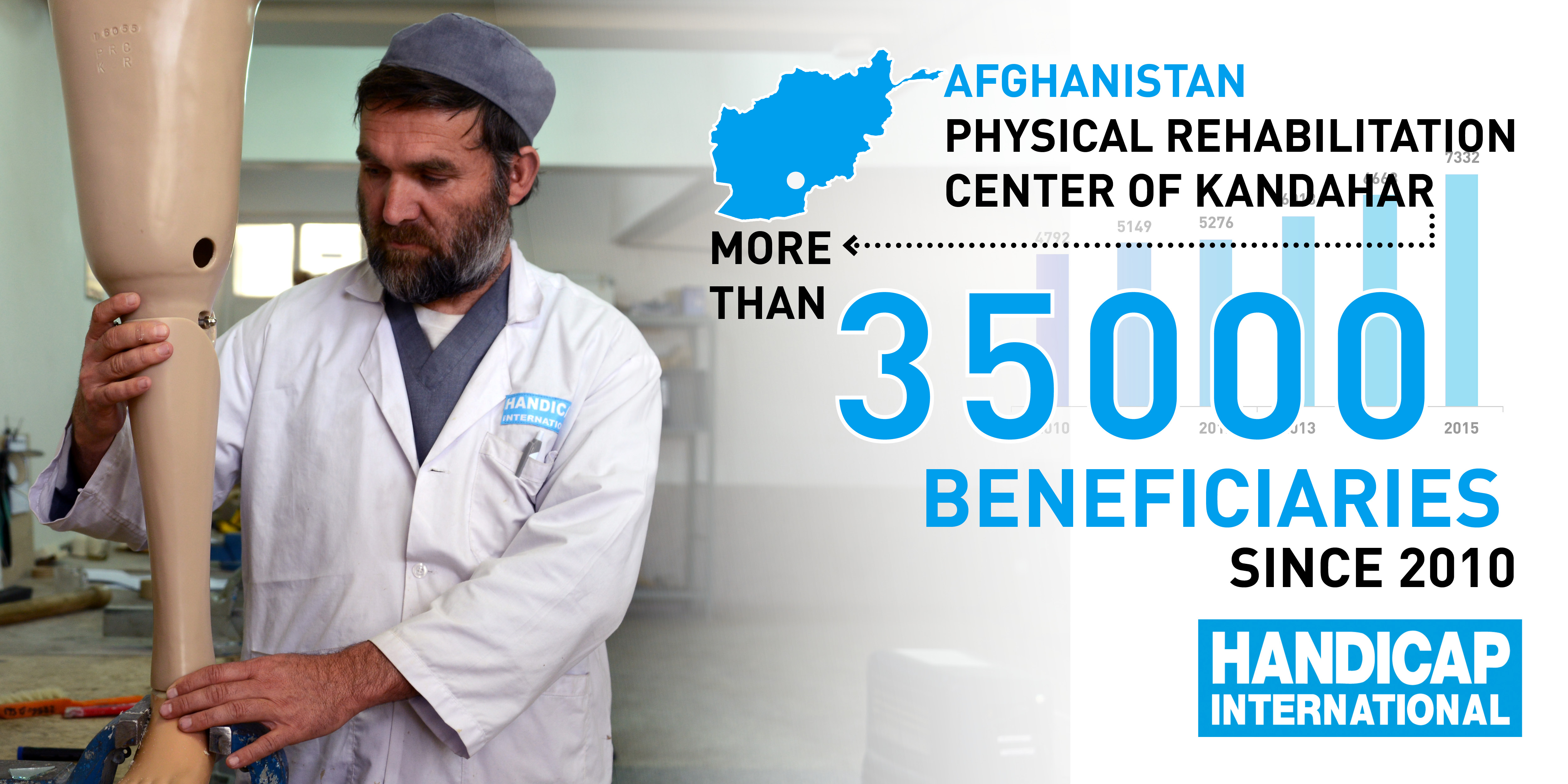 In 2015, one patient of the center out of 5 became injured or disabled due to a weapon (conventional weapon, explosive weapon, improvised explosive device, and explosive remnants of war). “Weapons are the leading cause of disabilities or injuries among our patients, underlines Rasool. We provide them necessary care so that they can care for themselves as soon as possible.”

In Afghanistan, almost all the victims (95%) of explosive weapons are civilians according to the Landmine Monitor. One victim out of two (45%) is a child. Unfortunately, the Kandahar province is not an exception. 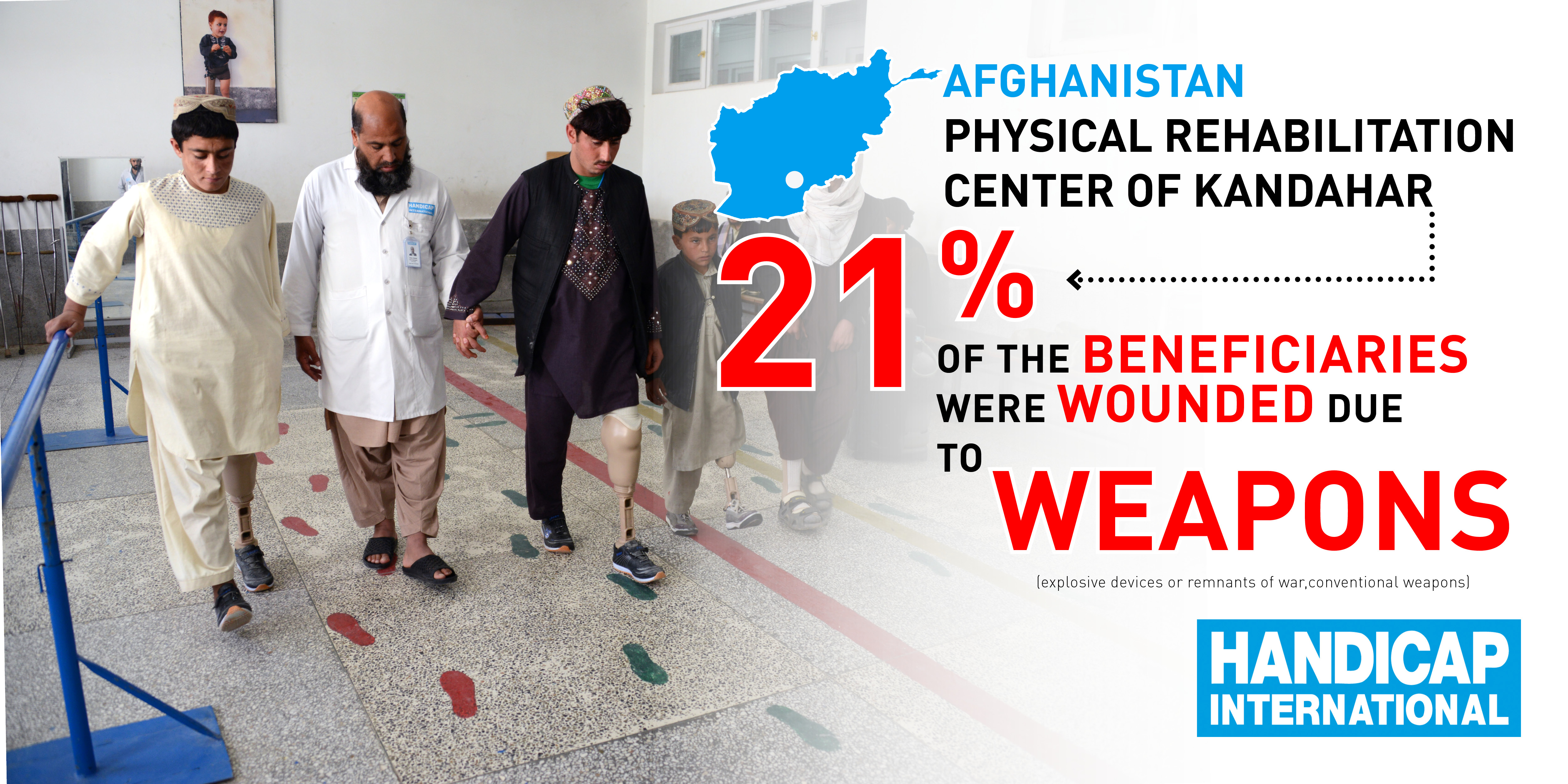 1patients who attend the center for the first time 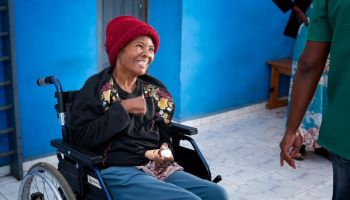 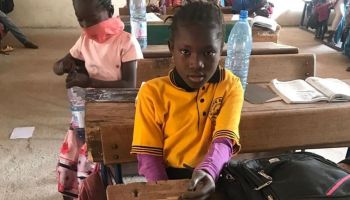