Humanity & Inclusion (HI) launched its weapons clearance operations in Laos in June 1996. Twenty-five years on, it continues to help decontaminate the country. 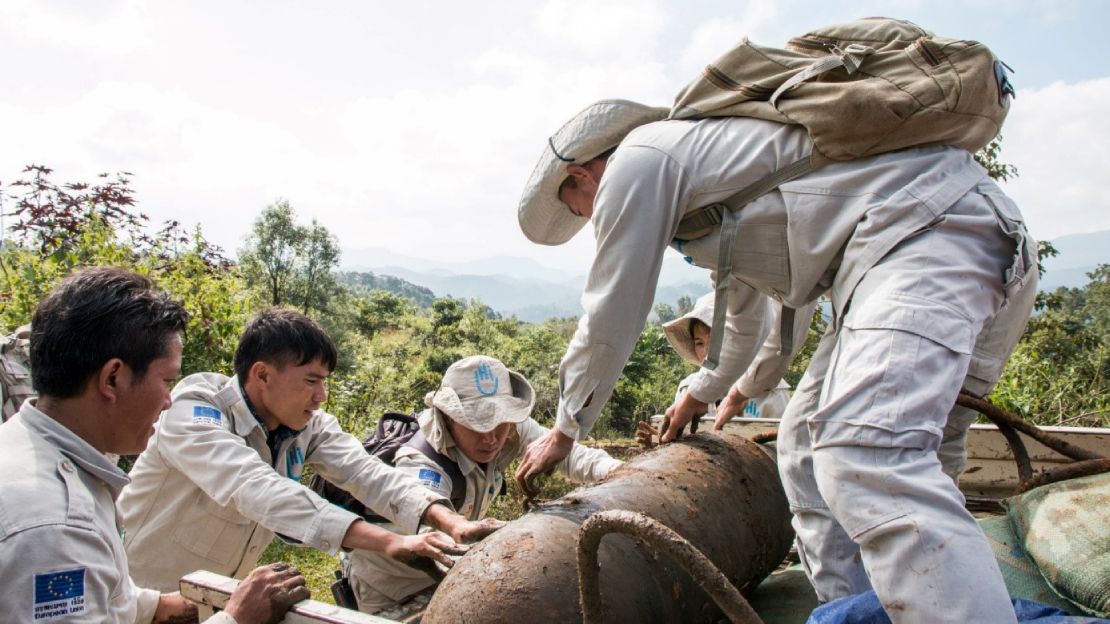 In Laos, HI implements multiple mine clearance, risk education, victim assistance and advocacy programmes related to the explosive weapons left over from the war in the 1960s. Julien Kempeneers, HI’s Mine Action manager in Laos, talks about the challenges involved.

We launched our first mine-clearance operations in Laos in June 1996. It’s a special type of mine clearance, because rather than clearing anti-personnel mines we "collect" the remains of exploded ordnance, bomb fragments, explosive remnants, grenades, munitions etc. Weapons clearance experts also find large bombs, many weighing several hundred kilogrammes, which did not explode on impact, and transport them to a special site for destruction.

Laos is best known for its contamination with cluster bombs - small bombs the size of tennis balls - which we detonate on site. After we find them with a metal detector, we set up a security perimeter and detonate them at the end of every day.

In Houaphan, where we’ve been working since 2018, we’re also finding anti-personnel mines, so we’d like to begin clearing mines there using conventional methods in the near future.

Laos is the country with the highest level of cluster munition contamination in the world. Some 1,200-square-kilometres of hazardous areas - more than ten times the size of Paris - have already been identified. Weapons clearance organisations have found around 200 different types of munitions. To help record this diverse range of explosives, HI published a submunitions catalogue which is now used by all weapons clearance organisations in Laos.

The worst-contaminated areas are the rural and remote regions of eastern Laos, on the border with Vietnam. People still regularly fall victim to these weapons, including villagers, farmers working their fields... and far too many children. For many years, we’ve been running information campaigns to teach local people how to spot hazards and what action to take. We help them recognise suspicious objects and advise them to keep their distance, refrain from touching the objects, mark the area with whatever comes to hand, like an X of branches, and alert the authorities or HI, who will come and destroy the bomb.

What’s the purpose of weapons clearance?

Contaminated areas become a "no man's land". People are afraid of triggering an explosion, so they don’t dare go there. Fields lie fallow and swathes of countryside go to waste. It’s impossible to build schools or lay roads to open up villages. By clearing weapons, we’re restoring land to communities who haven’t been able to use it for decades.

When will mine clearance end in Laos?

It’s impossible to say when we’re going to finish clearing the country of explosive remnants. We still don't know the extent of the contamination, and it's likely it will take at least another 30, 40 or 50 years. This gives you an idea of the dreadful problems caused by land contaminated with mines, bombs and cluster munitions. The country was contaminated in the late 1960s, and we’ll probably still be clearing these weapons a century later, in the mid-21st century.