Laos: Deminer protects others from her father’s fate

The U.S. dropped more than two million tons of bombs on Laos during the Vietnam War. Handicap International’s Laotian demining teams have been clearing deadly unexploded ordnance (UXO) since 2006. Handicap International Deminer Lumngen explains what her job involves and what motivates her to do this challenging work. 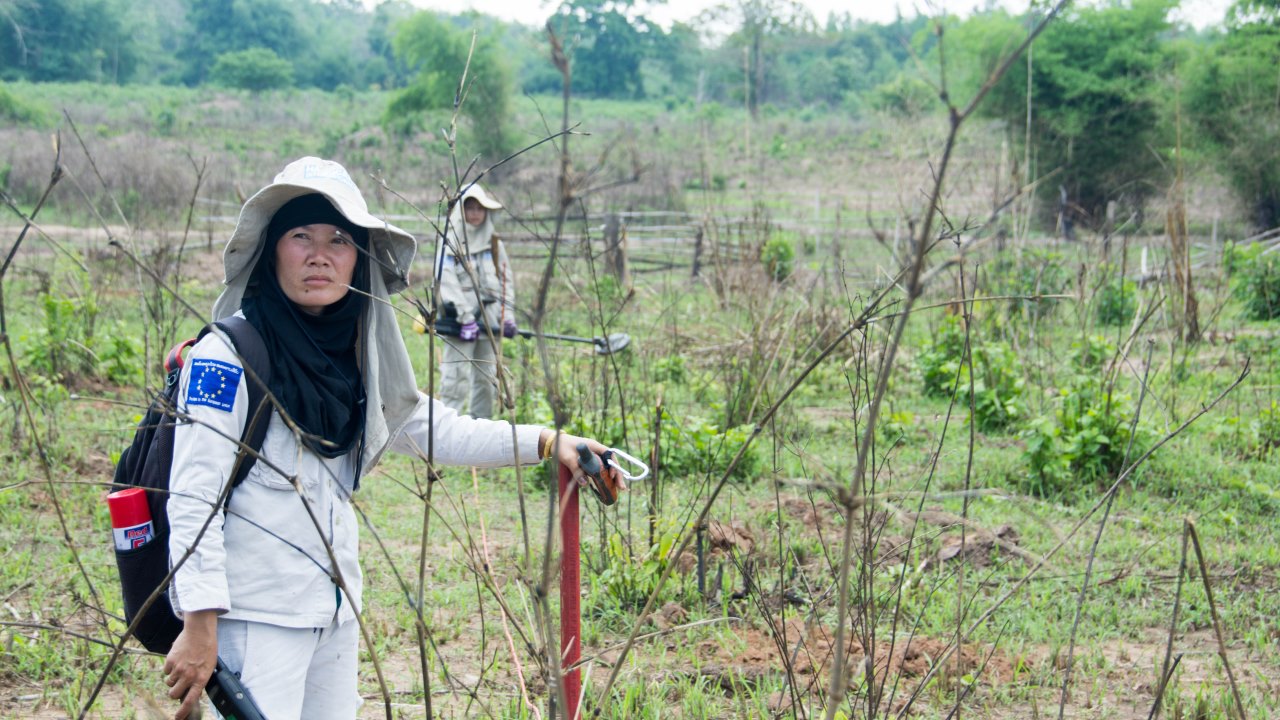 “I am a deminer because I want to make people in Laos safe.
One day when I was young, my dad went to plant his fields. He was using a hoe to make lanes in the ground where he could plant rice. While doing this, he struck the ground with his hoe and hit a cluster munition. The field was close to our house, and my mother heard the explosion. She ran out to see what happened and found my father laying on the ground covered in blood.

His face was torn open and his tongue was hanging out. He was trying to pick pieces of shrapnel out of his mouth. My neighbor helped my mom bring him to the hospital. He was in a lot of pain. One night he was wailing like he was being tortured. He told us: "Please shoot me, I want to die.”

He eventually healed and went on to live for many years. He died of an illness in 2015. However, I will never forget what he suffered. My dad’s experience gave me the power to decide to become a deminer.

I started as a deminer and am now a section commander. There are six people on my technical survey team.
Our objective is to find evidence of cluster munitions on or under  the ground. When we start in a new area, we mark the center of a 50 by 50 square meter box at the evidence point where a cluster munition has been identified. We mark it with a stick. The team members mark six equal segments from the center of the box to the edges. Then each deminer sweeps a percentage of their segment from the outside to the center looking for further evidence of munitions.

The terrain makes the work challenging. We have to dig through the vegetation and dirt to find the evidence. If we find something, we mark it with a colored stake. And then I, the section commander, enter the  location into the GPS and I record the time and date we found it. When all the team members finish their box, we move on and create a new box adjacent to the box where we found evidence of cluster munitions.
At the end of the day, I inform our team leader that we have bombs to destroy. A roving team comes by later to destroy the UXO found that day. From the boxes, we can then draw a map of the contaminated area which will later be fully cleared.
I would like to tell people that before they farm, please inform me first. I don’t want what happened to my father to happen to them.

Thanks to deminers like Lumngen, Handicap International has surveyed and cleared contaminated land and destroyed more than 25,000 unexploded ordnances (UXO) since 2006 in Laos. Hundreds of clearance areas have been made safe for farming, for building schools, clinics and roads, and expanding villages. 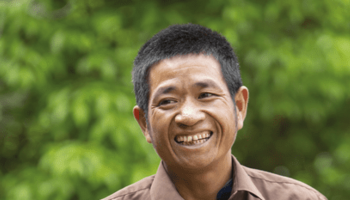 "People with disabilities have a much more difficult life than others"

Mr Khamphong lives with a disability. In 2006, he underwent surgery on his leg for acute gout, but later contracted a bone infection in his ankle. Now HI is helping him.