Mosul: contamination by explosive remnants of war on an unprecedented scale

One year after the liberation of Mosul, HI has published a mini-report on the unprecedented scale of contamination by explosive remnants of war in Mosul, following months of fighting. Massive and near daily bombing during the military offensive between October 2016 and July 2017 are largely to blame. 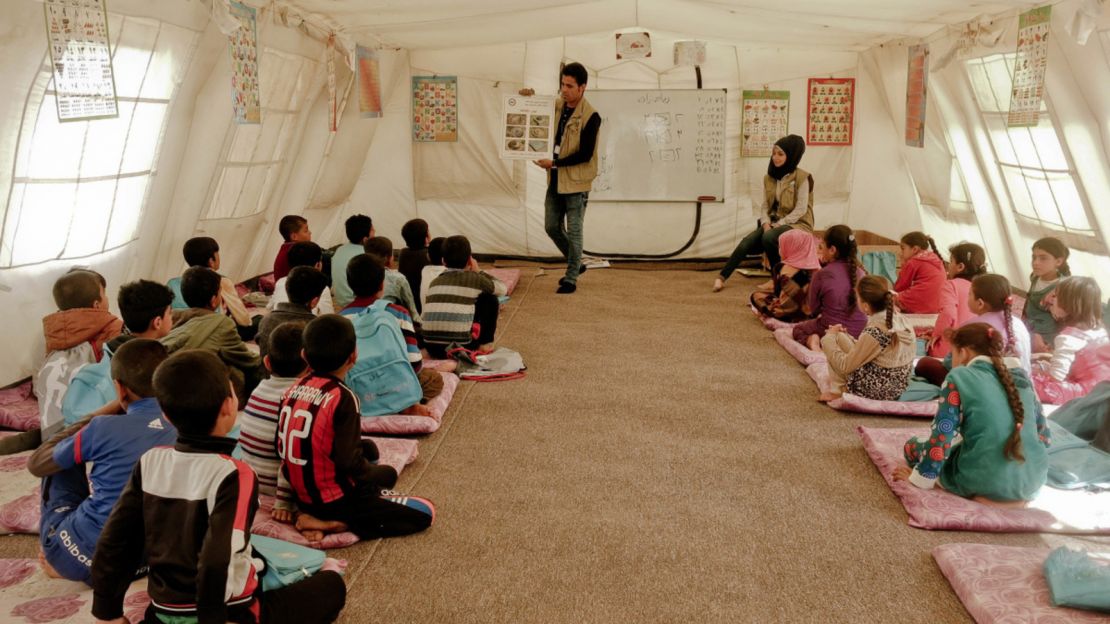 A risk education session to displaced people in Iraq | © E.Fourt/HI

For the inhabitants of Mosul, life did not return to normal after the fighting ended. Many are still unable to return home. According to REACH, 57% of displaced persons were not planning to return to their area of origin, with many citing as their main reason the presence of explosive remnants of war.

Contamination on a previously unseen scale

Mosul lives under constant threat from unexploded ordnance and improvised explosive devices, which are found everywhere from homes to hospitals and schools to playgrounds.

At Al Shifa hospital in western Mosul, for example, 1,500 explosive devices were identified and neutralised between October 2016 and July 2017(UNMAS figure[1]).

An estimated 8 million tonnes of rubble from bombed buildings are polluted by explosive remnants[2]. Removal and clearance of debris poses a real threat, which is likely to hamper reconstruction efforts.

Bombing of populated areas has caused contamination on a scale never seen before. Between October 2016 and July 2017, Mosul was hit by more than 1,700 air strikes and 2,800 explosions, leaving behind vast quantities of explosive remnants of war.

HI works in Mosul to provide physical rehabilitation and psychosocial support. It organises risk education sessions for the local population to limit future accidents and respond to threats from explosive remnants. Since 2014, 245,000 beneficiaries have attended these sessions.