My dream is to build a hospital

Aged just thirteen years old, the war has already taken a heavy toll on Firas. In 2012, he fell victim to a bomb. His injuries required the amputation of his right leg and he continues to have problems with his left foot. With the assistance of Humanity & Inclusion (HI), Firas has been provided with a prosthesis which has given him back his independence. 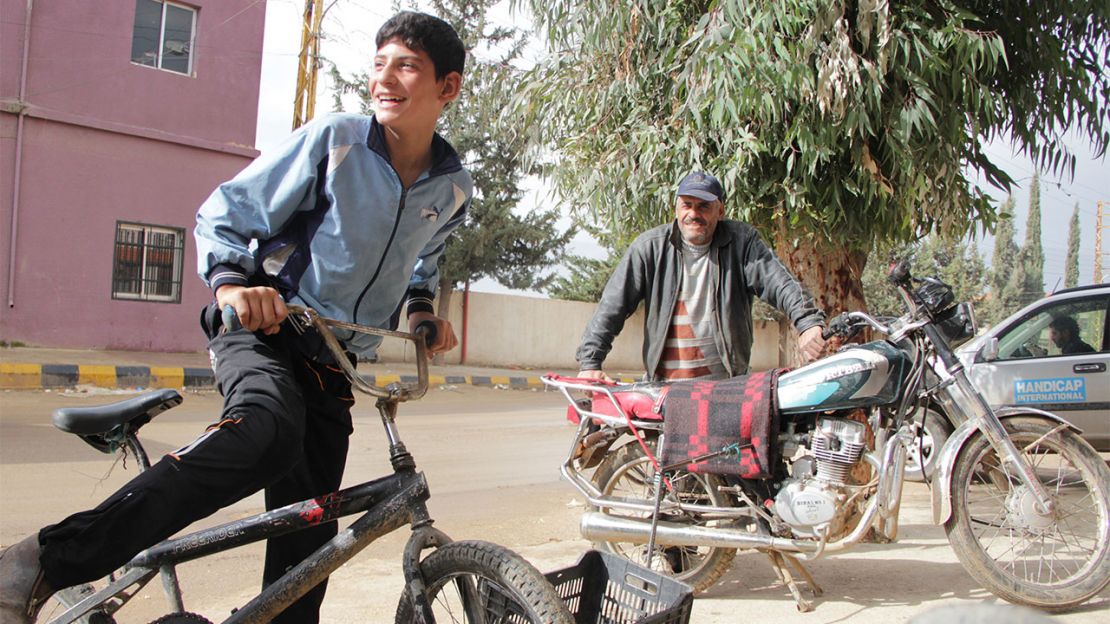 In April 2012, a bomb fell on the home of Firas and his family. Severely injured, Firas was immediately taken to Lebanon to receive the medical care he required.

"My son spent six months in hospital. He lost part of his right leg due to embedded shrapnel. He also suffered injuries to his left foot. I had to pay for all the surgery," recalls Firas’ father. "When we first arrived here, he refused to leave the house for two months because the other children laughed at him due to his leg," he continues.

Firas was then taken on by HI who provided him with health care and physical rehabilitation. The association’s teams also gave him a walking frame to help him take his first steps. He then received a new prosthesis. Today, he is assisted by Cynthia Houchaimi, physiotherapist, and Elias Saade, social worker with HI. He continues to do exercises to increase his muscular strength and improve his balance. 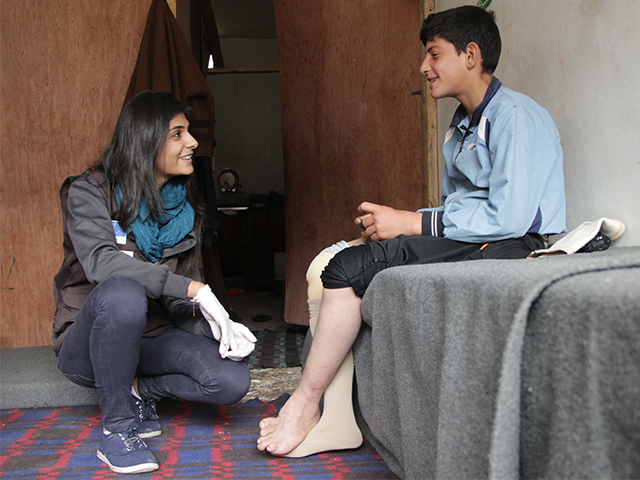 Firas during a rehabilitation session with Cynthia, his physiotherapist.
© Sarah Pierre / HI

During his free time, Firas like to repair the broken bicycles he finds lying about the place. He has also built a little trailer to take his brother with him when he goes out and about in the neighbourhood. For the last few weeks however, he hasn’t been to school.

"The school for Syrian children is closed for the moment. I would like to go back. My dream is to study to be able to build a hospital one day, " explains Firas.