While still in secondary school, Peter Kim, a young Laotian, lost his sight and both hands in a submunition explosion. Now an activist, he supports Humanity and Inclusion’s efforts to protect people from explosive remnants of war in Laos and around the world. We look at one man’s struggle to make the world a safer place. 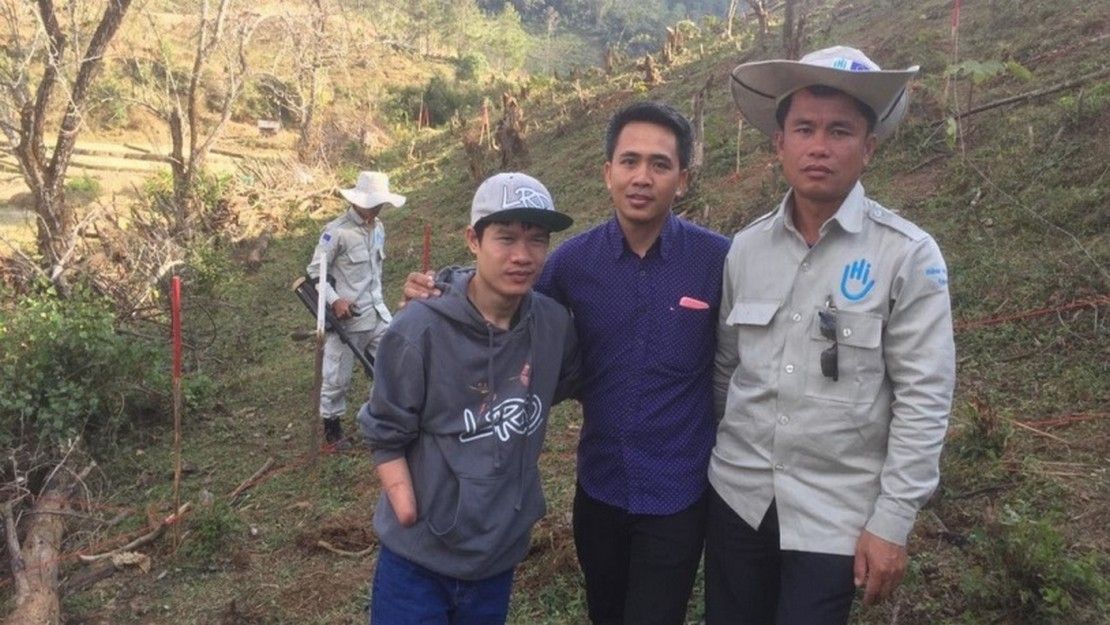 Peter Kim, left, and members of HI’s mine clearance team in Laos | © HI

In 2008, Peter Kim was seriously injured in a cluster munition explosion. It left him blind and without his hands. He now uses his terrible experience to campaign against the use of submunitions and for the inclusion of people with disabilities.

Between 2010 and 2015, Peter Kim volunteered for HI’s Ban Advocates programme, a scheme to enforce the ban on cluster munitions through public awareness and advocacy with policy makers.
Since then, Peter Kim has been helping HI identify new ambassadors to take part in local, national and international advocacy actions.

Between February and April 2019, Peter Kim worked for HI’s mine clearance mission. He carried out support and liaison activities in the Heuamueang district of Houaphan province in north-eastern Laos. He was part of the risk education team that informs local people on the dangers posed by explosive remnants of war and the correct conduct to follow.
Peter Kim also works alongside our victim assistance team, which provides physical and mental support to casualties and their families, by providing testimony and talking about his everyday life.

As a living example of the dangers posed by explosive devices and the hope of recovering from serious injury, his testimony has a big impact on villagers.