Last April, Sarah and her father were injured in an explosion in Mosul, after being used as human shields. Sarah suffers from a fracture and is now convalescing in Hamdanyiah hospital. One of Handicap International’s physiotherapists pays her regular visits to help her recover from her injury. 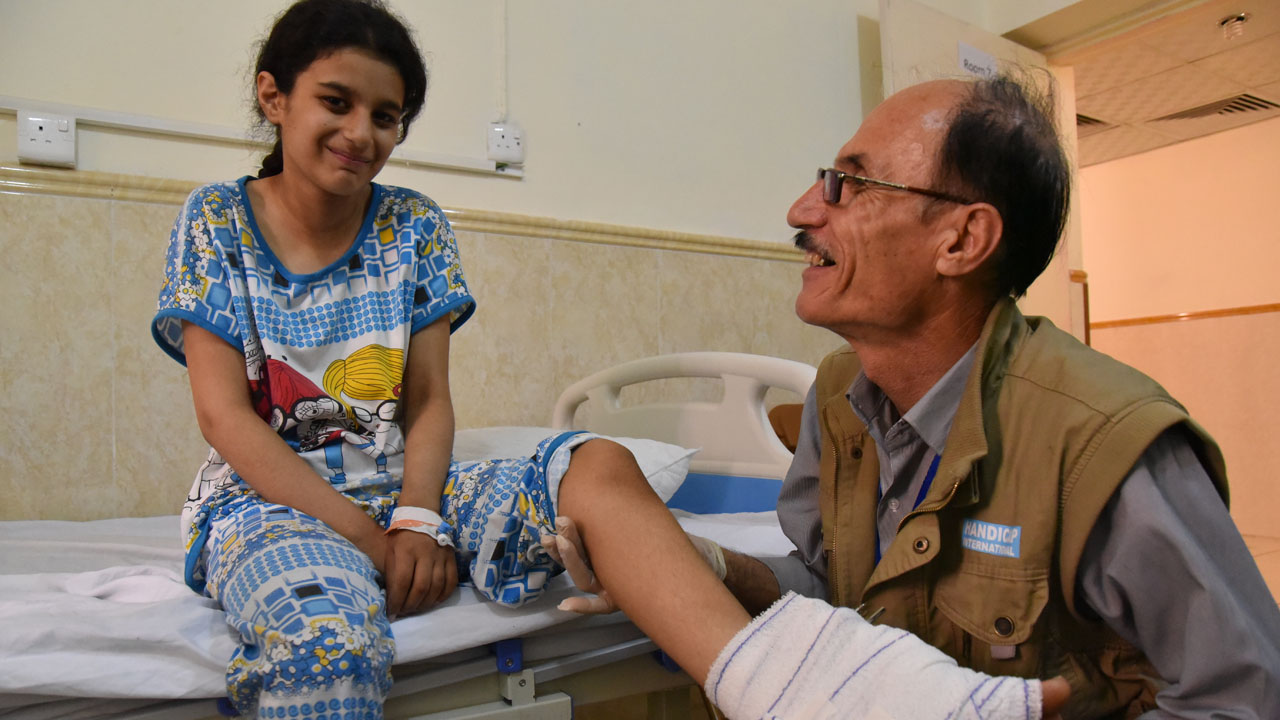 Sarah is dozing, stretched out on her hospital bed. The doctors have come to give her some medication to dull the pain in her leg. Sitting in a chair next to her, her father holds her hand, lost in his thoughts. When Handicap International’s physiotherapist, Salam, knocks on the door of their room, Sarah’s father lifts his head and his daughter slowly opens her eyes. Salam has visited them almost every day since they first met at the hospital, last April. Salam checks Sarah’s bandages and begins another rehabilitation session. Although the pre-teenager greets each movement with a frown, she manages to do all of her physiotherapy exercises. Her father, obviously still shaken by their accident, patiently urges her on.

As Salam continues to do the exercises with Sarah, her father describes what happened to them.

“It happened on the 20th of April, this year. Some fighters came to get us and use us as human shields. We were taken to a room in what looked like a deserted house. Suddenly, there was a big explosion. I’ve no idea if it came from a tank or an aircraft. All I can remember is the pain and the blood. I got an eye wound and Sarah was injured in the leg.”

Sarah and her father were first taken to Mosul general hospital, where she had surgery. “But we fled the city at the first opportunity,” he says. “We passed by three different hospitals before we came here.”  This former English teacher seems overwhelmed by the events of the recent weeks and years. His old life and the memories of the school he worked in are still fresh in his mind. “There are no words to describe the last couple of years in Mosul. But what I find hardest to bear, is the impact it’s had on children’s lives, on my daughter’s life. Almost none of them has been to school since 2014. When they did go, they were indoctrinated. I didn’t want Sarah to go through that, so I taught her at home. She’s really bright and loves to draw and learn.”

Sarah’s father then shares their experience of being forced to stay indoors and their everyday problems. “We hardly ever ventured out of the house. We were like prisoners. I wasn’t teaching anymore. Imagine not earning any money for two years. Life was really hard. But I kept telling myself that it couldn’t last forever. That’s how we managed to keep going for so long.”

Sarah’s rehabilitation session comes to an end. “We’re going back to Mosul once my daughter has fully recovered,” her father adds. “We left our whole lives behind, not just our home. I want to start teaching again when the schools reopen. It’s really important, both for me and our children’s future. I want to do everything I can to make sure what happened to us never happens again.” 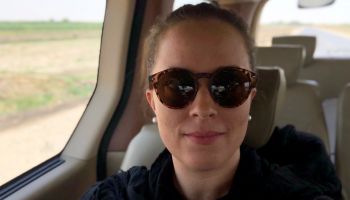 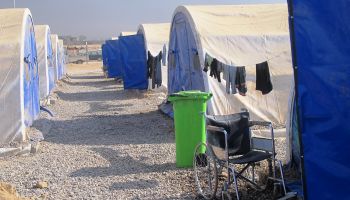 Between October 2016 and July 2017, Mosul, in Nineveh province, was the scene of heavy fighting. The intensive use of explosive weapons such as bombs and improvised mines was particularly destructive in the western half of the city. More than 500,000 people are still displaced in camps.