Between October 2015 and February 2016, Handicap International, with UNICEF's support, led a vast awareness-raising campaign in Ukrainian schools on the risks of landmines and explosive remnants of war near the front line where the Ukrainian army is fighting the pro-Russian militia. More than 5,600 children between ages 6 and 18 benefited from the program. 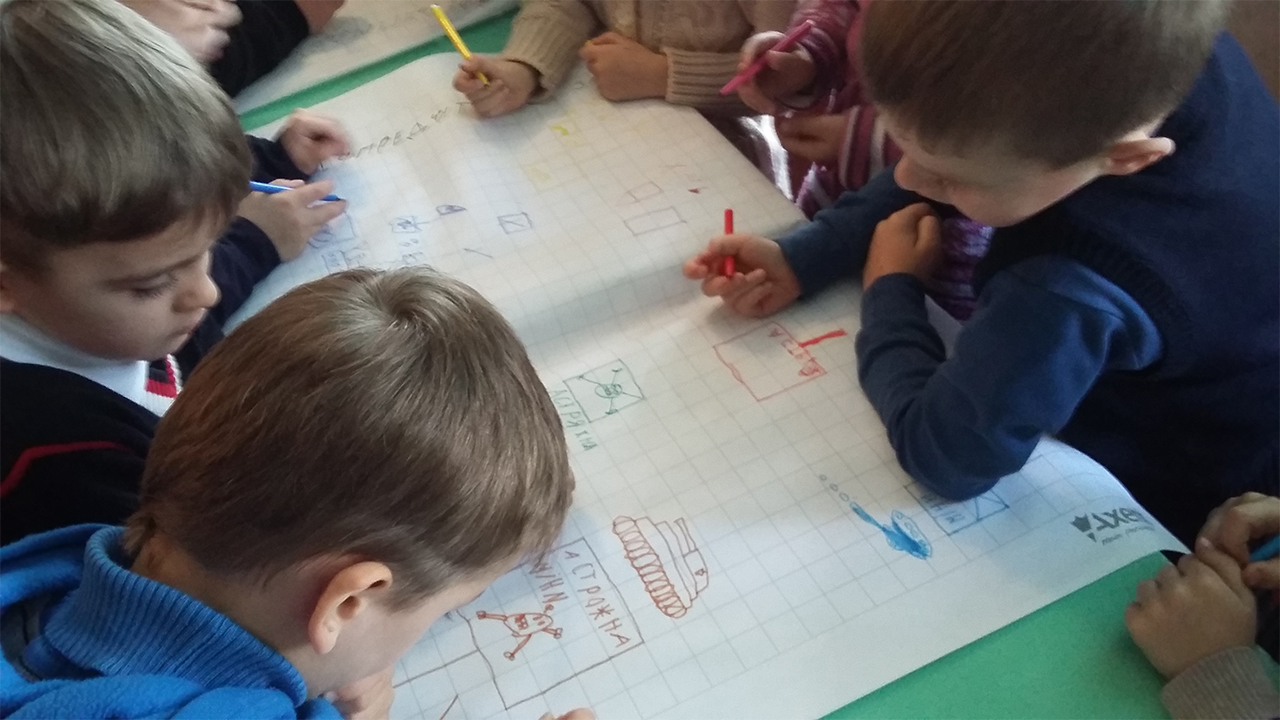 Children drawing situations in context of mines during a risk education session in Ukraine. | © Handicap International

Handicap International intervened in three districts bordering the "line of contact", or the frontier separating the region under the control of the pro-Russian militia from the rest of the country, which are regularly under fire as a result of fighting. The aim: to inform children and teenagers about the dangers of mines and explosive remnants and to teach them what action they need to take to stay safe.

"There are many dangers," María Angélica Jaramillo, head of the risk eduction project at Handicap International explains. "Bombing raids on towns and villages leave behind bombs that have not exploded on impact, and they are often within easy reach of children. There are no signs to distinguish mine fields, especially when they are close to check-points."

Despite the ceasefire signed by the parties to the conflict in February 2015, violence has continued regardless. Bombing and shellfire are almost daily events.

Power and gas cuts force many adults to search for wood in the countryside, which exposes them to risk from explosive ordnance. The trade in scrap metal has taken off since the start of the conflict, endangering those who collect explosive remnants in order to sell them.

However, it is children who are most at risk from danger: "To a child of eight, a mine or a bomb that has not exploded looks like a toy. When they see one, they want to grab it straight away. They have no idea of the danger," Marie explains.

Four group leaders from Handicap International went into classes in over forty schools in the Mariinka district and the towns of Dzerzhinsk and Avdiivka, to hammer home the basic messages: What dangers do mines and explosive remnants of war pose? How can they be recognised? What are the right actions to take when you find them?

With the youngest children the group leaders use play, for example drawing activities, to make sure that the sessions are fun, and that the messages sink in without scaring the children.

Twelve teachers have also been trained so that they can lead sessions themselves, as have the members of the two local associations that took over the work from Handicap International in February. 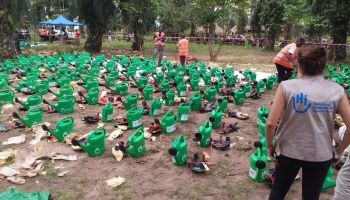 Developing local agriculture to help stave off the food crisis

In Kasaï-Central, HI is running agroecology projects to help communities cope with the threat of a food crisis. 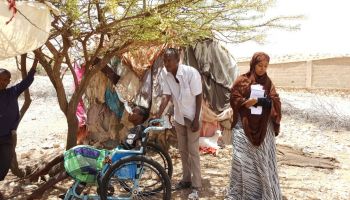 The negative consequences of environmental and climate changes have a greater impact on vulnerable populations and persons with disabilities. 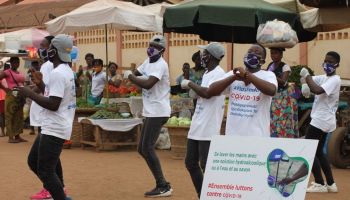 Around 15,000 people are sleeping rough on the streets of Togo’s capital, Lomé. HI has been running a project to help them cope with the coronavirus pandemic.