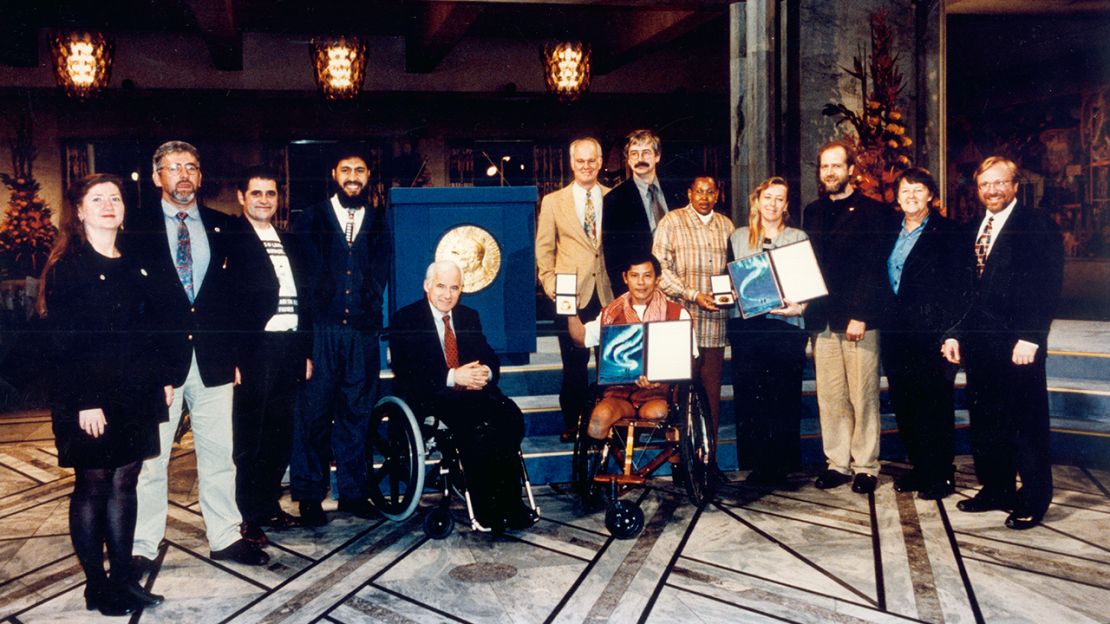 Handicap International (Humanity & Inclusion) was a co-recipient of the 1997 Nobel Peace Prize as a founding member of the International Campaign to Ban Landmines which led to the signing of the Mine Ban Treaty. We continue the fight against landmines and other explosive weapons which indiscriminately kill and injure civilians.