In 1982, two French doctors founded Handicap International (now Humanity & Inclusion) while supporting Cambodian refugees along the Thai border. Among these refugees, there were 6,000 amputees, mainly due to landmines. Despite an international effort to help the refugees, no organization was responding to the very specific needs of these amputees. 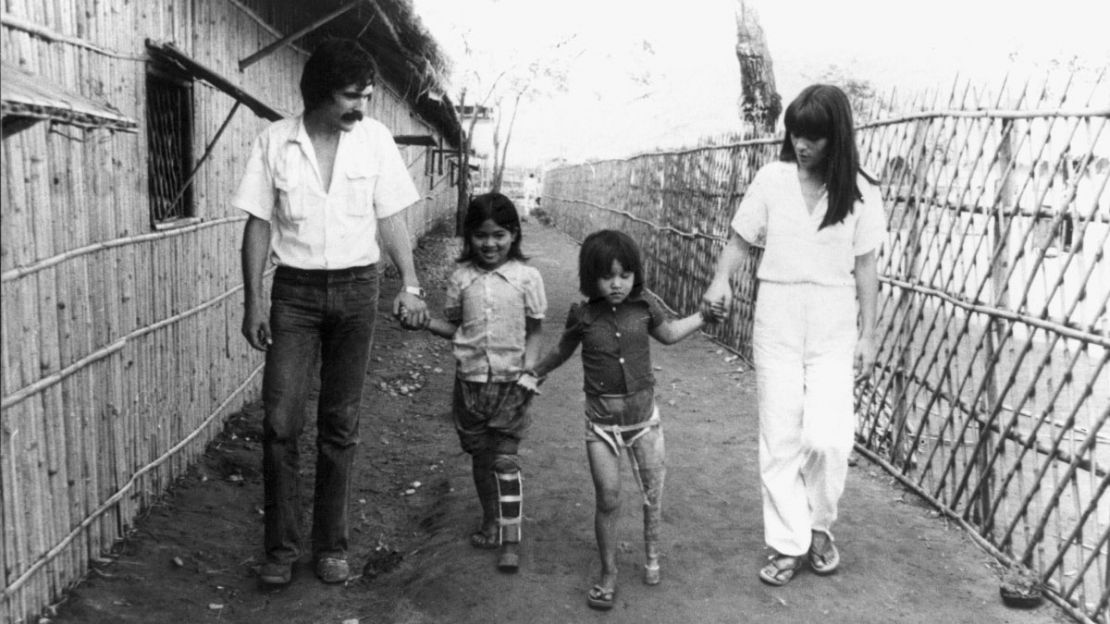 Our founders decided to create an organisation to help them "stand up tall", with appropriate artificial limbs. Over time, HI has evolved into an organization with a range of programs to provide assistance and social support to the most vulnerable groups in situations of conflict and natural disaster, poverty and exclusion.

The creation of Handicap International (Humanity & Inclusion) and the early years 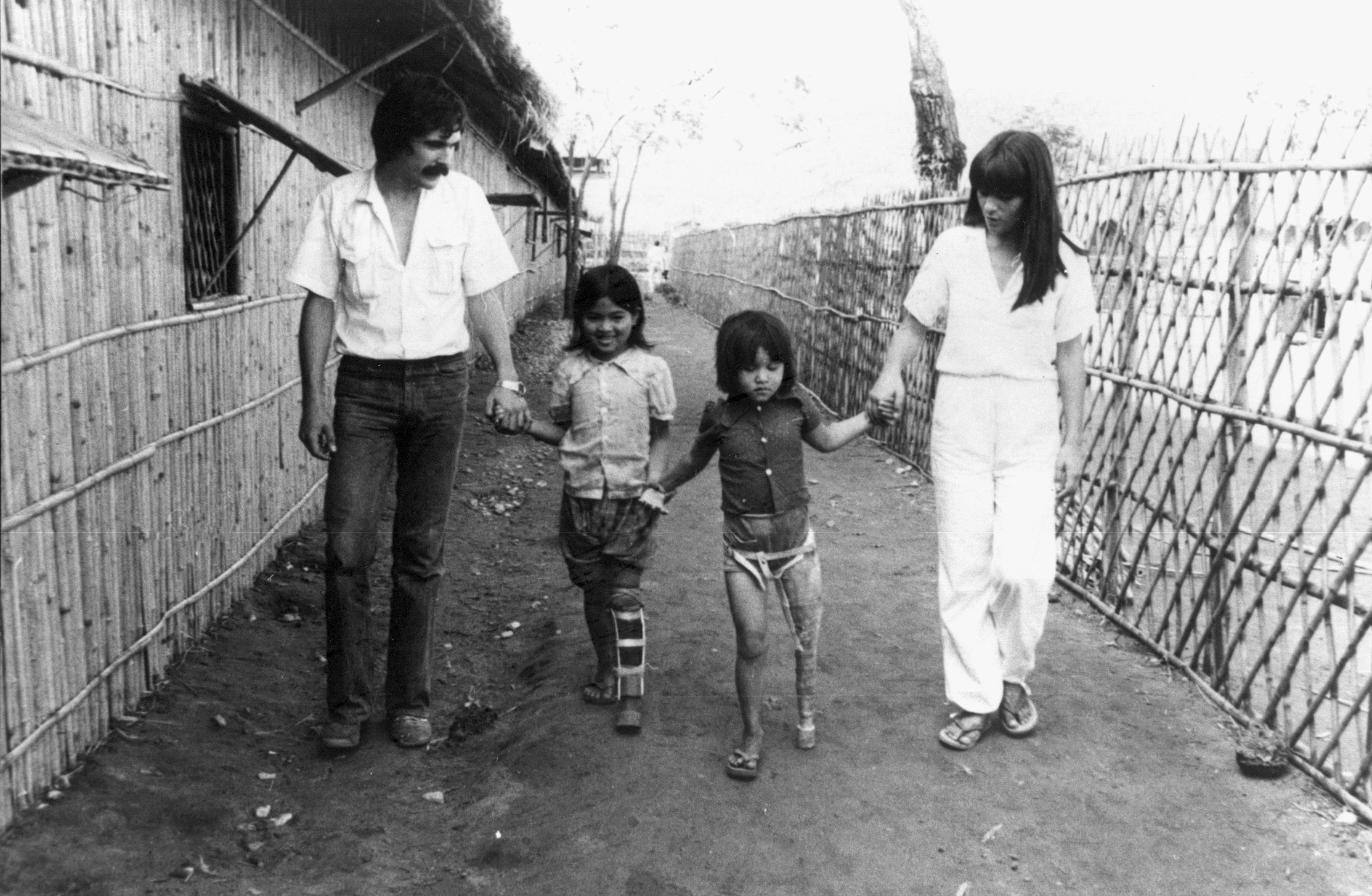 Fighting against social and economic exclusion 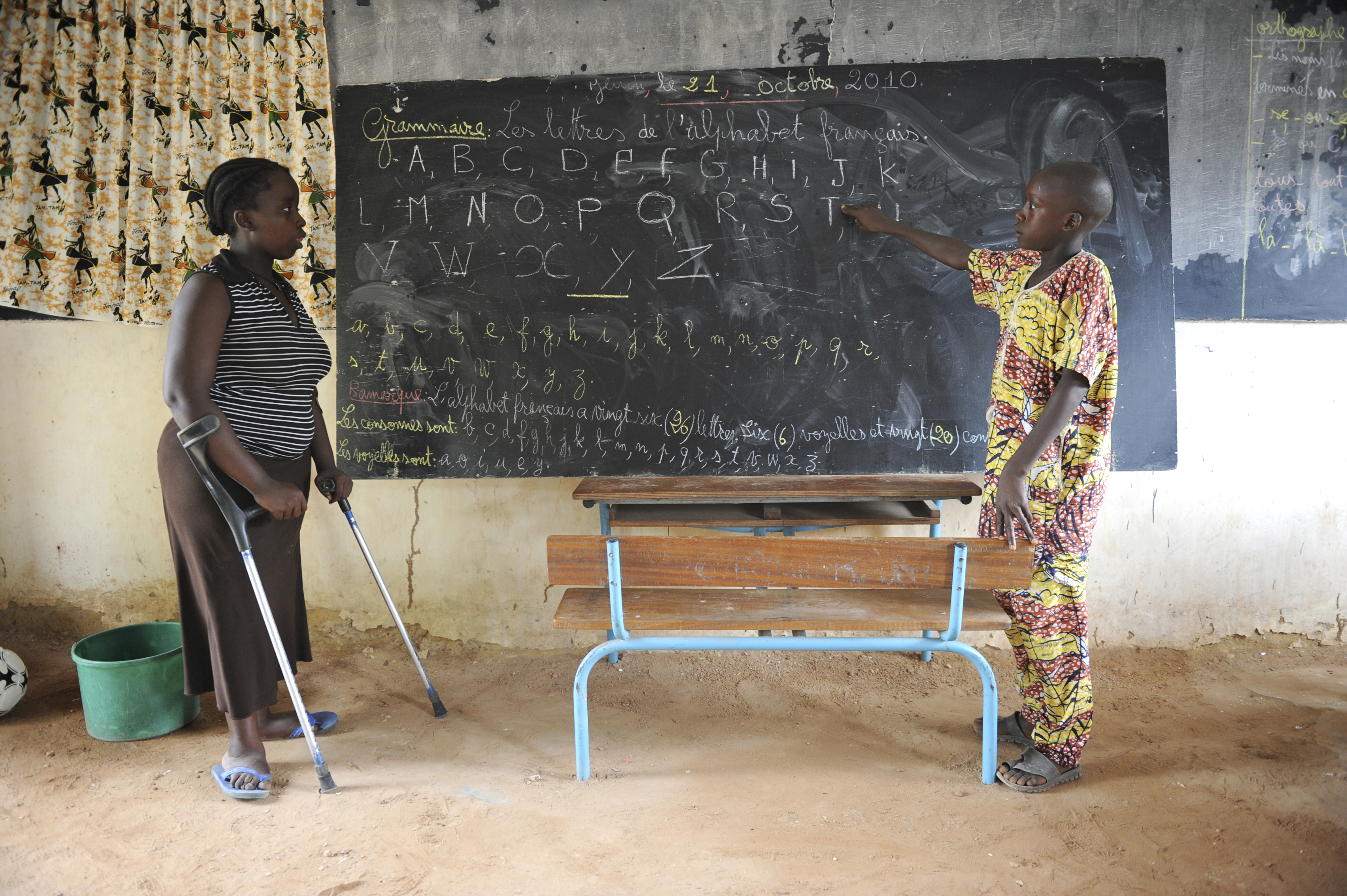 Handicap International moved towards a more holistic approach to disability issues. As well as continuing with rehabilitation, the organization broadened its scope of work by setting up projects to prevent disability, and to facilitate access to education and economic activities at community level. It also began to address mental health issues, as a result of experiences with Romanian orphanages and the war in the Balkans. 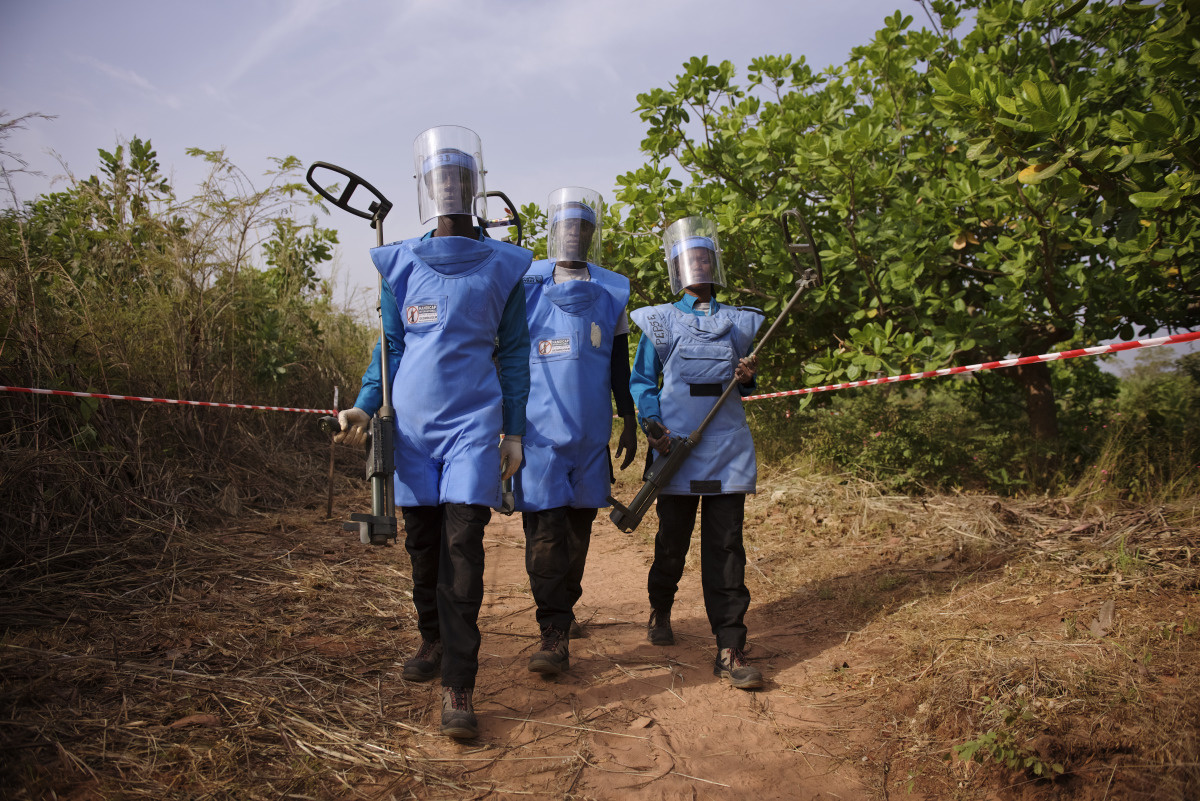 Outraged by the horrific effects of landmines, Handicap International created its first mine clearance programmes in Cambodia and Kurdistan and played a key role in establishing the International Campaign to Ban Landmines (ICBL) in 1992. A petition was launched and in a very short space of time hundreds of thousands of supporters got involved. 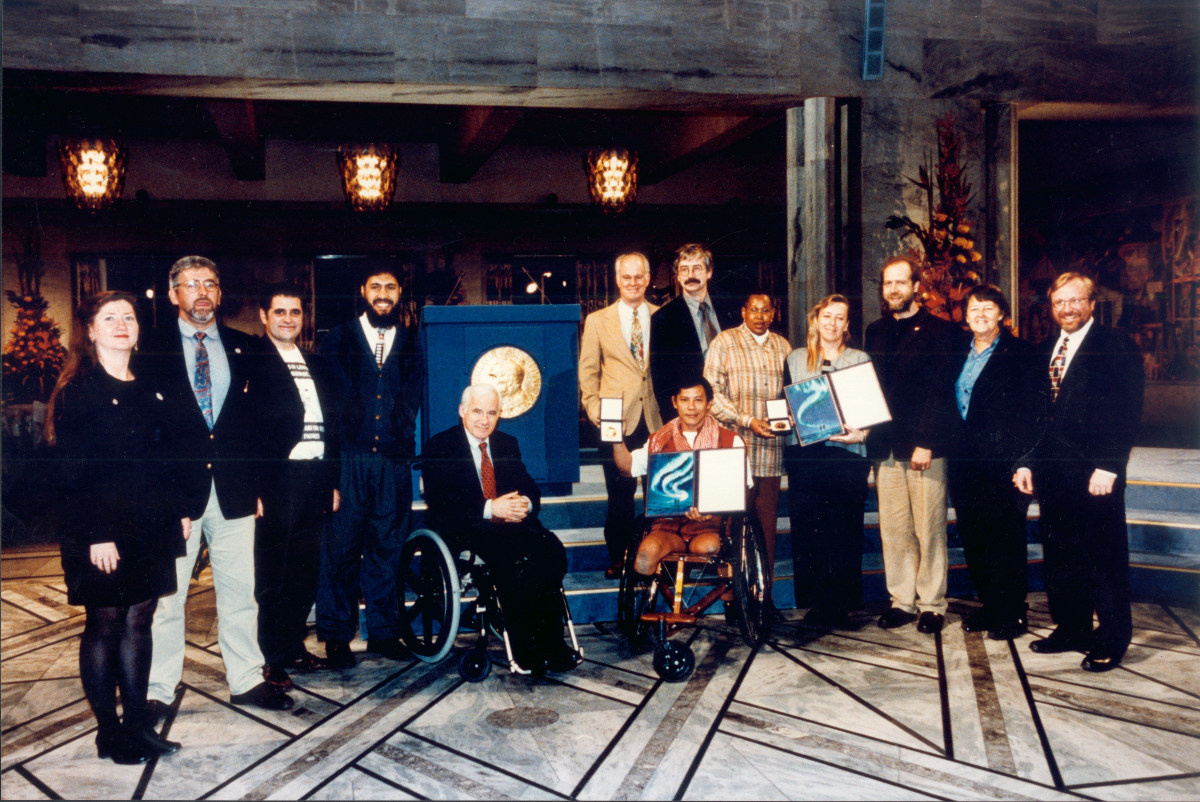 In 1996, Handicap International received the Nansen Refugee Award for its work with refugees and victims of landmines, the most prestigious prize that can be awarded by UNHCR (the UN Refugee Agency).
In December 1997, the Ottawa Mine Ban Treaty was signed. One week later, Handicap International and its ICBL partners were collectively awarded the Nobel Peace Prize in recognition of five years of hard campaigning.

A period of expansion

During this period, Handicap International strengthened its network, building on its international experience. More national associations were set up – Switzerland in 1996, Luxembourg in 1997, Germany in 1998, the UK in 1999, and Canada in 2003. The associations share the same aims, and become involved in raising funds and managing overseas activities.

Campaigning for the rights of people with disabilities

In the countries where we work, Handicap International supports the drawing up of national laws for people with disabilities to ensure that their rights are respected. As part of that commitment, the organization took part in the drafting of the UN Convention on the Rights of Persons with Disabilities.

The fight to ban cluster bombs 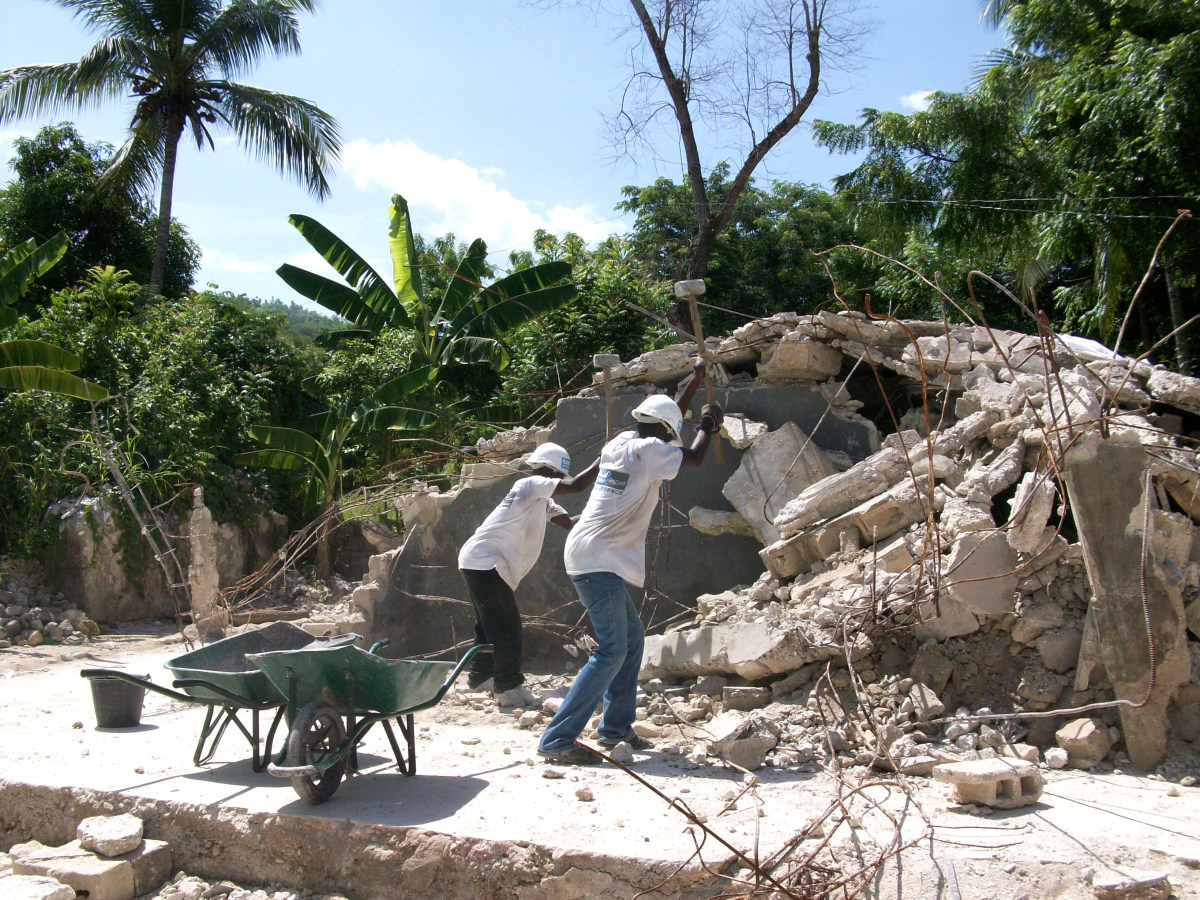 The large number of crisis situations and natural disasters in the first part of the decade (such as the tsunami and the earthquakes in Pakistan and Iran) led Handicap International to frequently intervene in emergency situations. The organization works to prevent disabilities from developing and to ensure that there is proper care for people with disabilities, who are often forgotten in emergency relief efforts.

Handicap International sees emergency interventions as the first stage in an inclusive reconstruction process which takes into account the needs of people with disabilities.

The fight against disabling diseases 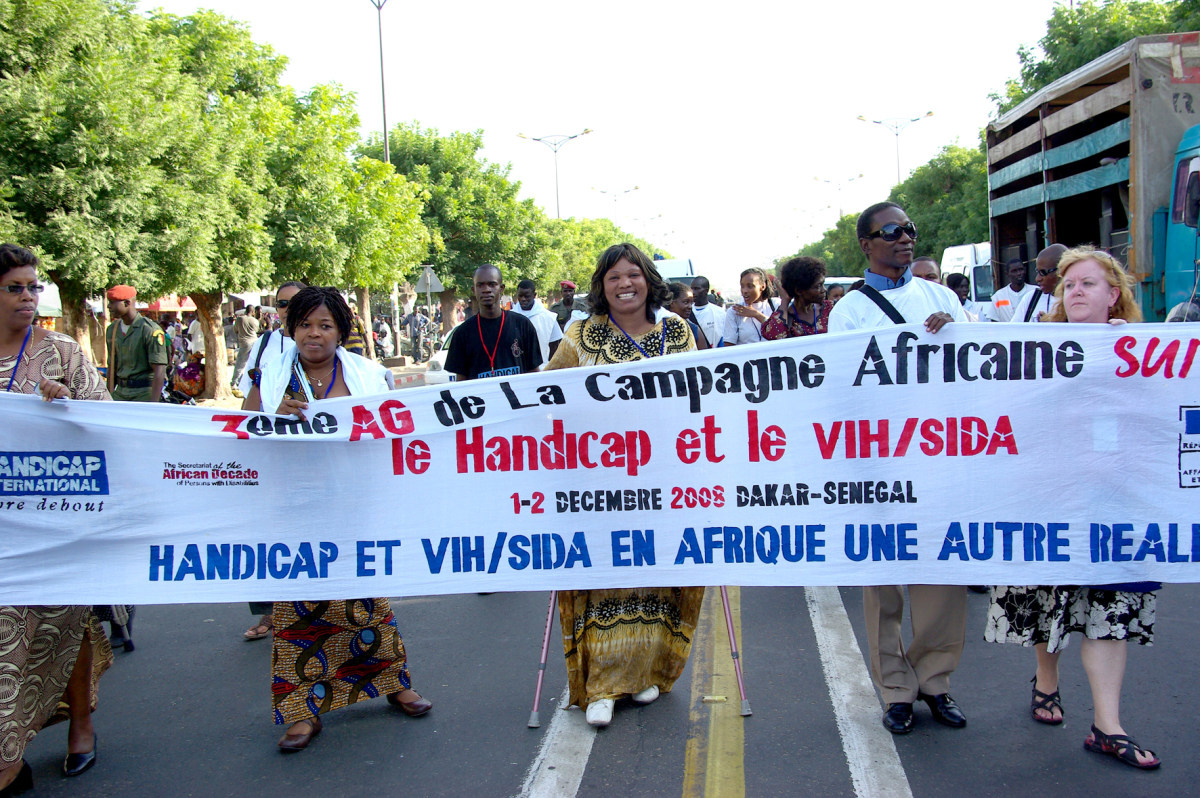 The UN Convention on the Rights of Persons with Disabilities (UNCRPD) was adopted in December 2006 at the United Nations Headquarters in New York, and was opened for signature in March 2007. It reaffirms that all persons with all types of disabilities must enjoy all human rights and fundamental freedoms and sets out a code of implementation for securing those rights. The convention entered into force on 3rd May 2008.

In December 2008, 94 governments signed the convention to ban cluster munitions and since then, more countries have signed and ratified. The convention entered into force in August 2010, meaning that areas contaminated by cluster munitions will be cleared, and survivors will receive assistance to rebuild their lives.

In January 2010, people in Haiti lost everything during a catastrophic earthquake. At least 230,000 are believed dead and 300,000 people have been injured. Handicap International has been working in Haiti since 2008 and was able to respond less than 24 hours after the earthquake. We now have a large team on the ground, providing health care and rehabilitation to the injured, and producing emergency orthopaedic devices for amputees. Handicap International is also involved in distributing emergency aid and setting up temporary shelters for the victims of the disaster.

Recipient of the Hilton Prize 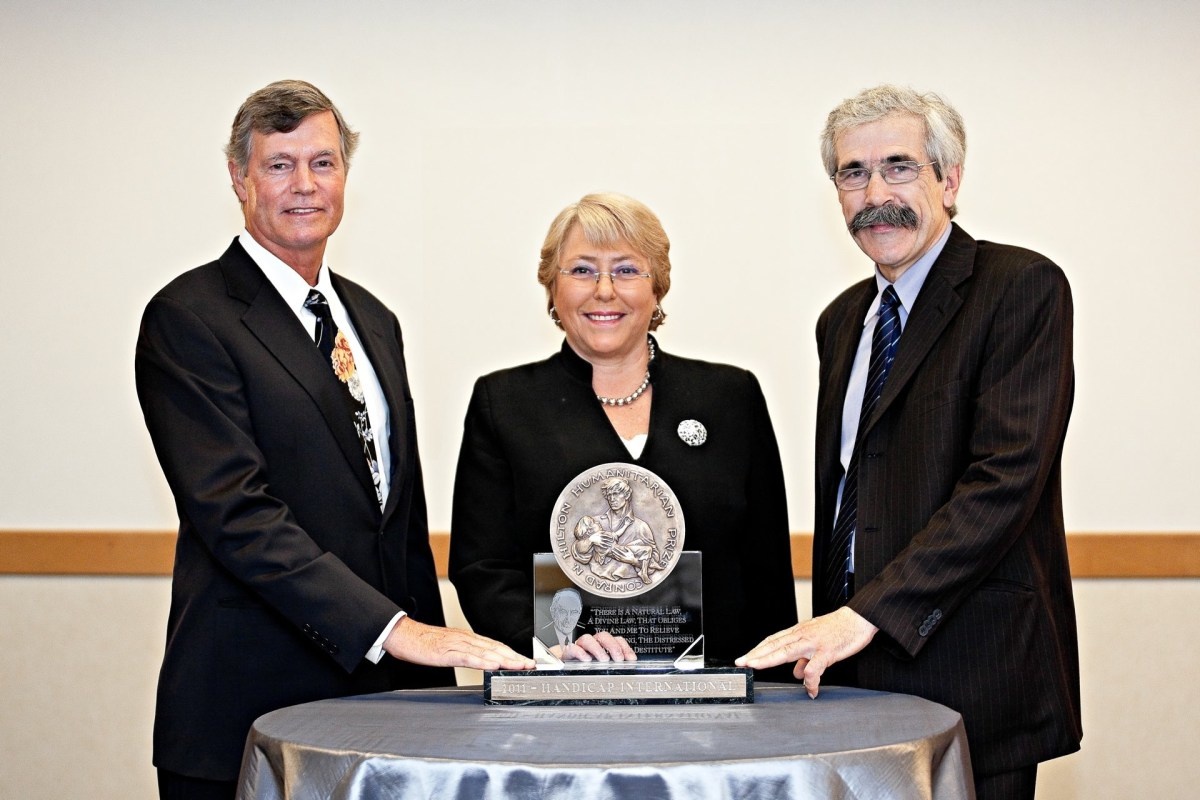 In 2011, Handicap International was awarded the Hilton Humanitarian Prize, in recognition of almost 30 years of humanitarian action. The largest humanitarian award in the world at $1.5 million, the prize is presented annually by the Conrad N. Hilton Foundation to a humanitarian organisation doing extraordinary work to alleviate human suffering.

Between July 2012 and July 2013, Handicap International celebrated its 30th anniversary.

A new name with meaning

In 2018, Humanity & Inclusion became the new name of Handicap International.