A new life for Kanha

In 2005, seven-year-old Kanha was playing in her family's courtyard when her father came home from his fields. He brought home a rusty metal object—scrap metal he planned to sell. The instant he brought his hammer down on the object it exploded. Shrapnel from the bomb killed him instantly, and the impact of the blast hurled Kahna across the courtyard. Her mother found her lying unconscious on the ground, her right leg torn to shreds. 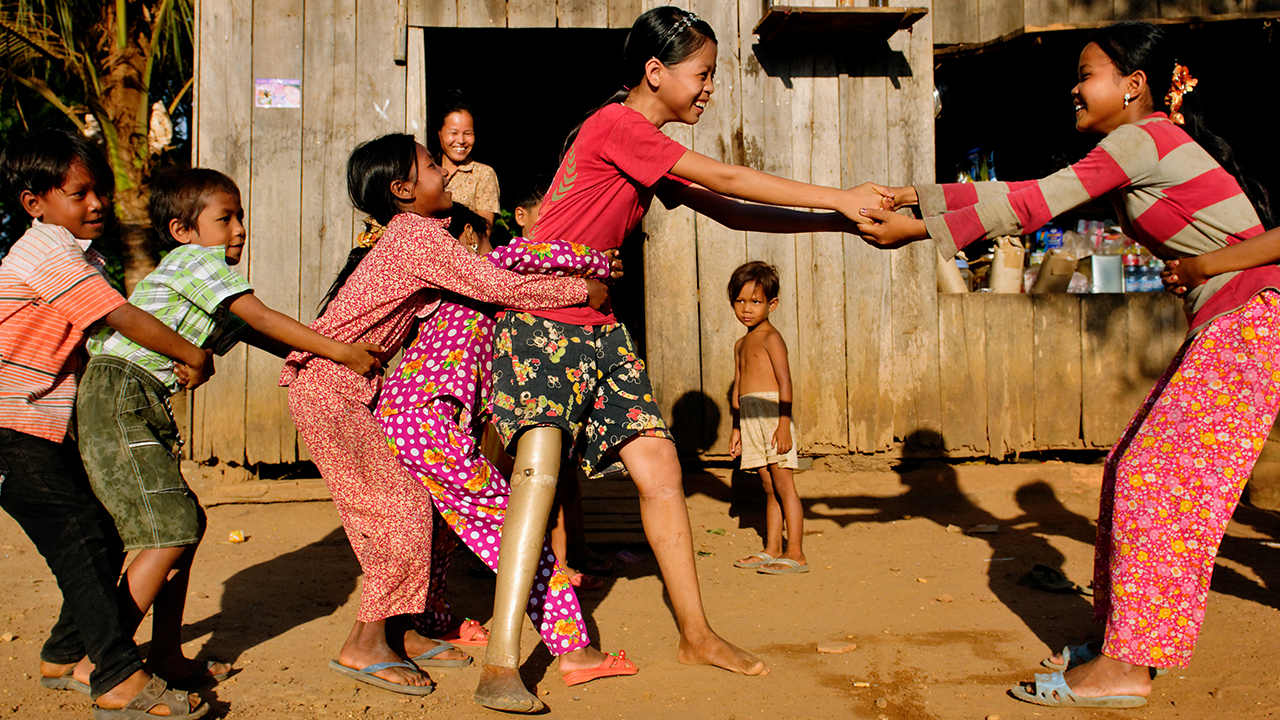 Cambodia was not at war when Kanha's father found what he hoped would bring his family some additional income. The country had known relative stability since 1997. But like nearly 60 other countries, Cambodia is polluted with explosive remnants of war (ERW) from past conflicts. In Cambodia, millions of bombs were dropped on the country by the U.S. during the Vietnam War. The Khmer Rouge laid landmines during the Cambodian genocide and subsequent conflicts polluted a large swath of the country with ERW.

Hidden landmines and other ERW have terrorized Cambodians since the late 1970s. Those who survive accidents with ERW are forever changed, and many victims require specialized support for the rest of their lives. The dangers are real. In 2011, 43 people died and 168 were injured in landmine and ERW blasts. About 65,000 people have fallen victim since 1979 - a third of them children.

Survivors often need prosthetic limbs and mobility devices, as well as intensive physical therapy and psychological support to recover. Kanha is no different.

After her accident, Kahna was taken to the hospital where her leg was amputated. Afterwards she languished in bed for weeks. Almost a year later in January 2006, Kahna's mother helped her hobble on one leg into Handicap International's orthopedic workshop in Kompong Cham. Staff gave Kanha crutches, fit her with a prosthetic leg, and provided physiotherapy.

With her “new leg”, she was able to walk on her own. Because the nearest school to Kanha's home is more than 12 miles away, Handicap International also gave Kanha's mother a motorcycle to ensure that her daughter would be able to attend. Kanha still visits our workshop in Kompong Cham, and every six months her prosthetic leg is replaced as she grows taller.

Now 17, Kanha attends school and has many friends. She dreams of becoming a doctor. After overcoming the physical impact of her injury and the psychological trauma of being wounded, anything seems possible. But until Cambodia is fully cleared of ERW, the lives of other children and adults will continue to be at risk.