Aging in a Refugee Camp

Ali and his family arrived in Bangladesh over a year ago. Despite harsh living conditions, the family settled into a temporary shelter and secured access to essentials, including food, water, and first aid. Then, some time later, everything changed during a religious ceremony. Ali was praying when he was suddenly overcome with pain and could not move the right side of his body. He had just suffered a stroke. 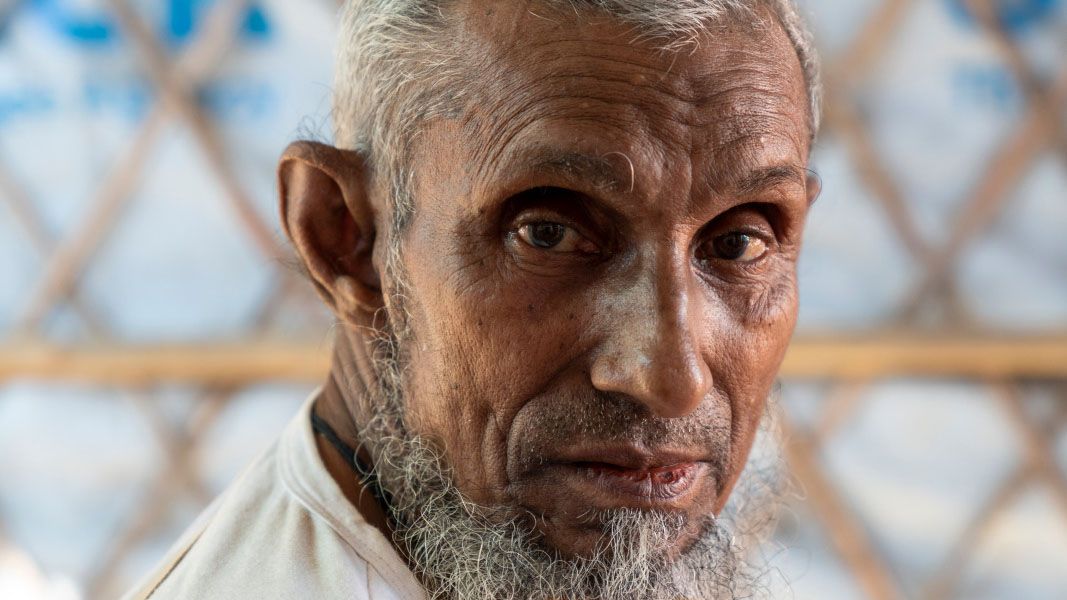 Ali suffered a stroke that partially paralyzed him in the Rohingya refugee camp. | © Abir Abdullah/HI

In his makeshift shelter, 68-year-old Ali has difficulty sitting down on a carpet covering the reddish earth that stretches across the Ukhiya camp, in Bangladesh. Slightly wary, he calls his son, Saydul, to help him.

Saydul begins by explaining that his father was very frail and needed help eating, washing, and performing daily tasks. The situation was very difficult for the family and Saydul could not find an association to help them. Saydul adds that getting his father from the camp to the hospital often posed a great challenge. The dirt roads turn to mud when it rains, as during the last monsoon.

A neighbor told Saydul about an organization that was easy to pick out because its logo: a blue hand! Searching for help, Saydul found one of the eight HI mobile teams operating in the Ukhiya camp, three of them then supported by World Affairs Canada. Two weeks after his stroke, Ali finally received the help he needed so badly.

After assessing the situation, an HI physical therapist asked for a mattress that Ali could put on the ground so he would be more comfortable. The therapist also began providing Ali with rehabilitation sessions. Just two weeks later, the old man's condition had improved so much that HI decided to give him a wheelchair to make it easier for him to get around. "I'm proud to say that this chair is ours," explains Saydul, pushing his father through the entrance of the shelter.

Ali is still recuperating, but his situation is improving daily thanks to help from his son and support from HI.

Before we leave, we thank Ali and Saydul for telling us their story. Saydul smiles and replies, "Shukria," thank you in Rohingya. When we ask Ali if he needs help getting back inside, he shakes his head. "Leave me here, I like being outdoors," he explains gently. 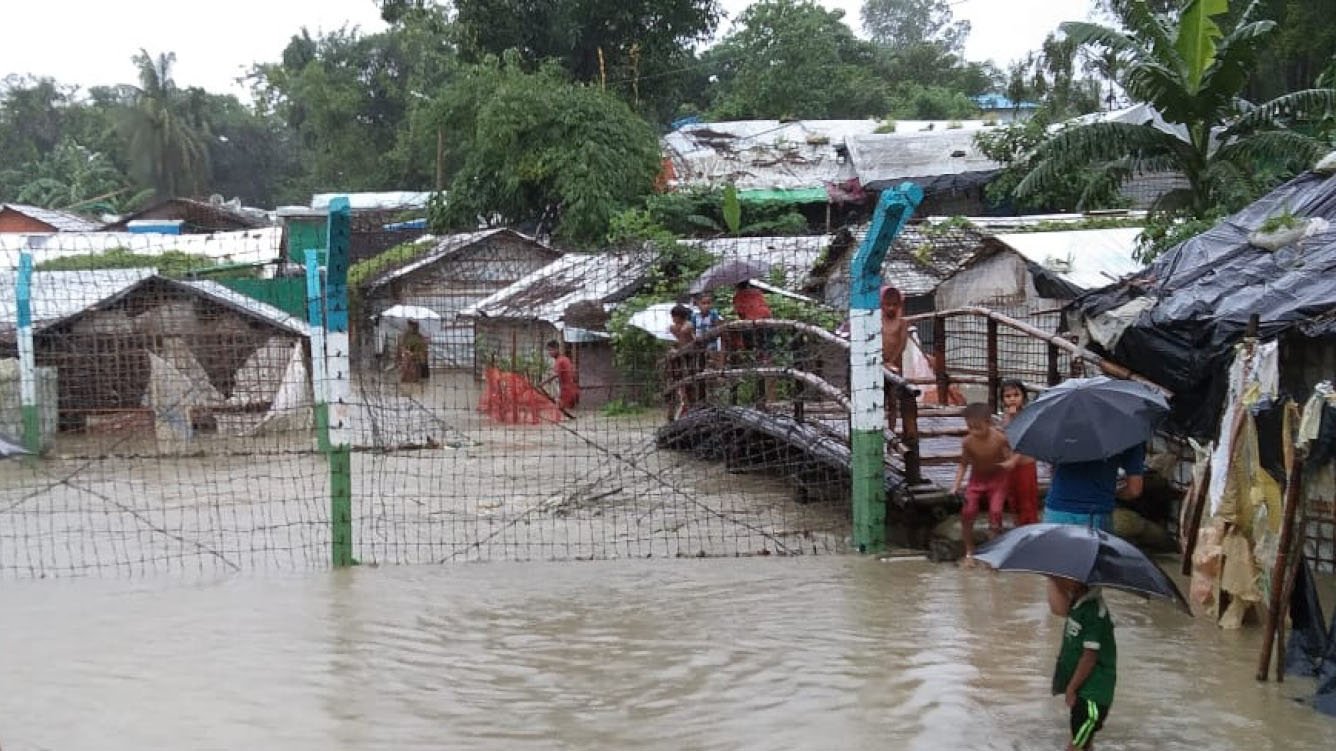