Floods and landslides killed more than 300 people on Monday 14 August in Freetown, the capital of Sierra Leone, following heavy rain across the country. Some 3,000 people have been made homeless. Handicap International is providing support to the most vulnerable individuals. 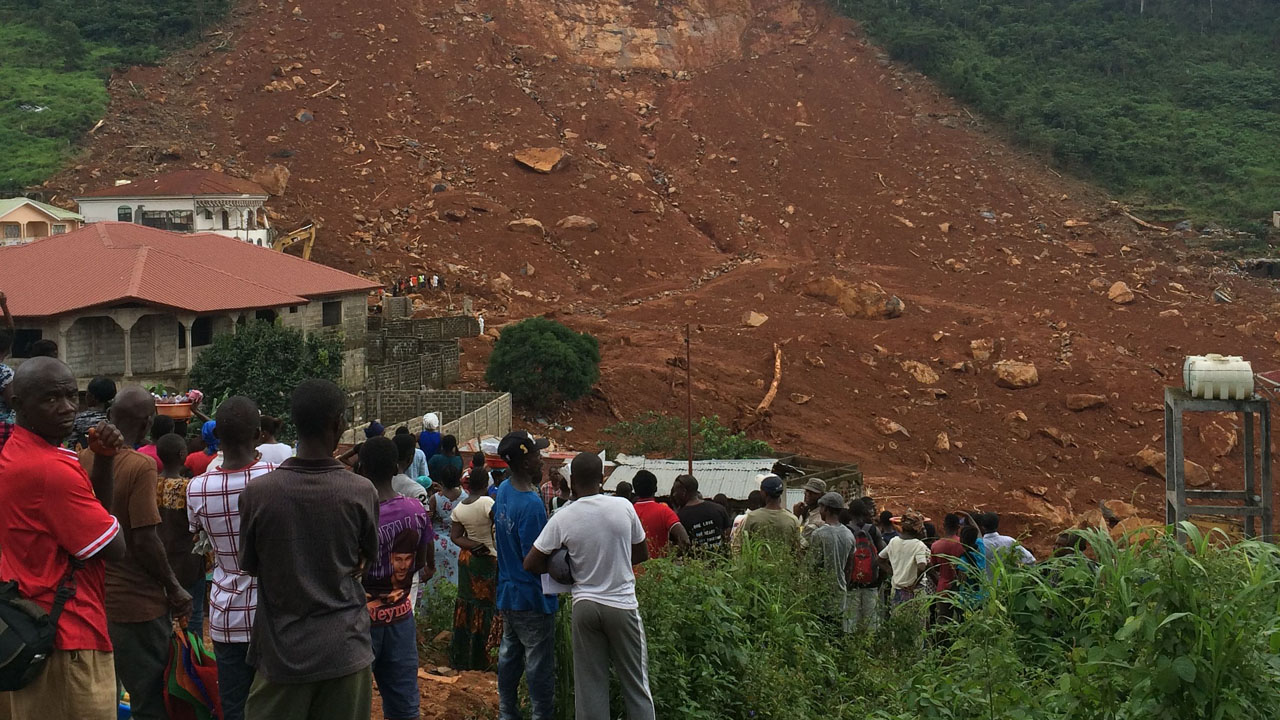 At least 312 people were killed and hundreds reported missing, including many children, after floods and mudslides devastated 13 areas in and around Freetown last Monday.

Sierra Leone is one of the poorest countries in the world. Handicap International is currently providing assistance to local authorities overwhelmed by this unprecedented disaster. It immediately sent a team of ten people to help identify and record casualties; a separate five-person psychological unit is providing support to survivors and families of casualties.

Handicap International stands ready to strengthen its specific support for the most vulnerable people over the coming weeks by providing them with rehabilitation care and setting up psychosocial support programmes.

Since 1996, Handicap International has been working in Sierra Leone to promote the mainstream schooling of children with disabilities. In 2016, it played an active role in combating the Ebola epidemic, which killed some 4,000 people and infected nearly 15,000 others, by organising transport for patients to health centres.

Our work in
Sierra Leone
Where your
support helps
Worldwide actions