Half a tonne of weapons and bombs destroyed

Since November 2018, HI's six weapons specialists have removed 150 explosive devices from the streets of Tawargha, south of Misrata, Libya. Team leader Simon Elmont tells us more about the organisation’s work. 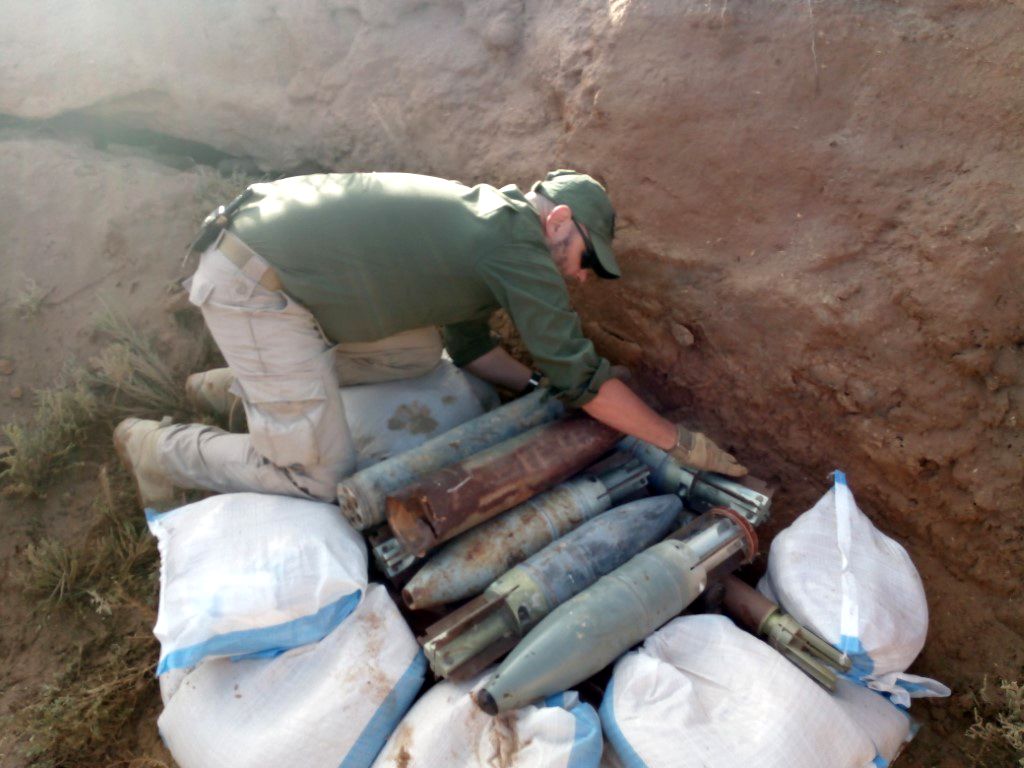 Simon prepares to destroy the weapons collected by his team | © HI

Tawargha is a ghost town heavily contaminated by all kinds of ordnance, including grenades and missiles but mainly rockets.
Our team has identified and destroyed half a tonne of weapons in three months. In early December, at a destruction centre outside the city, in the middle of the desert, we destroyed all the weapons we had collected and stored, and which posed a threat. To do this, we piled them in a hole several metres deep and detonated them in line with a strict safety procedure.
We had a problem with seven rockets we found in the streets of Tawargha: we couldn't move them to a safe place to store them. It was too dangerous, so we had to destroy them where they were.

Our risk education teams continue to reach out to residents to make them aware of the threat posed by these bombs. We tell them that they can call us for free at any time to alert us to a dangerous device, which we then collect, defuse or destroy.
The organisation has already raised the awareness of some 1,300 people. The local population is grateful for this information and follows our guidelines - do not approach a suspicious object, do not try to move it, etc. We’re getting more and more calls, which shows they understand the dangers.

All returnees to Tawargha have attended at least one risk education session. The city council is closely involved and makes sure each returnee attends a session.
Some 600 people have returned permanently to Tawargha. We expect a lot of people to return in the coming months. Many people come back for a few days a month just to check their belongings, and then leave again.

Our work in
Libya
Where your
support helps
Worldwide actions