Handicap International has started up mine clearance operations in the Democratic Republic of Congo (DRC). Starting in this month of June, the organisation and its local partner AFRILAM (Afrique pour la lutte antimines) will clear a 50,000 metre squared plot of land, the equivalent of eight football pitches, located around 15 kilometres from Kinsagani, the main city in the province of Tshopo, in the north-east of the country. 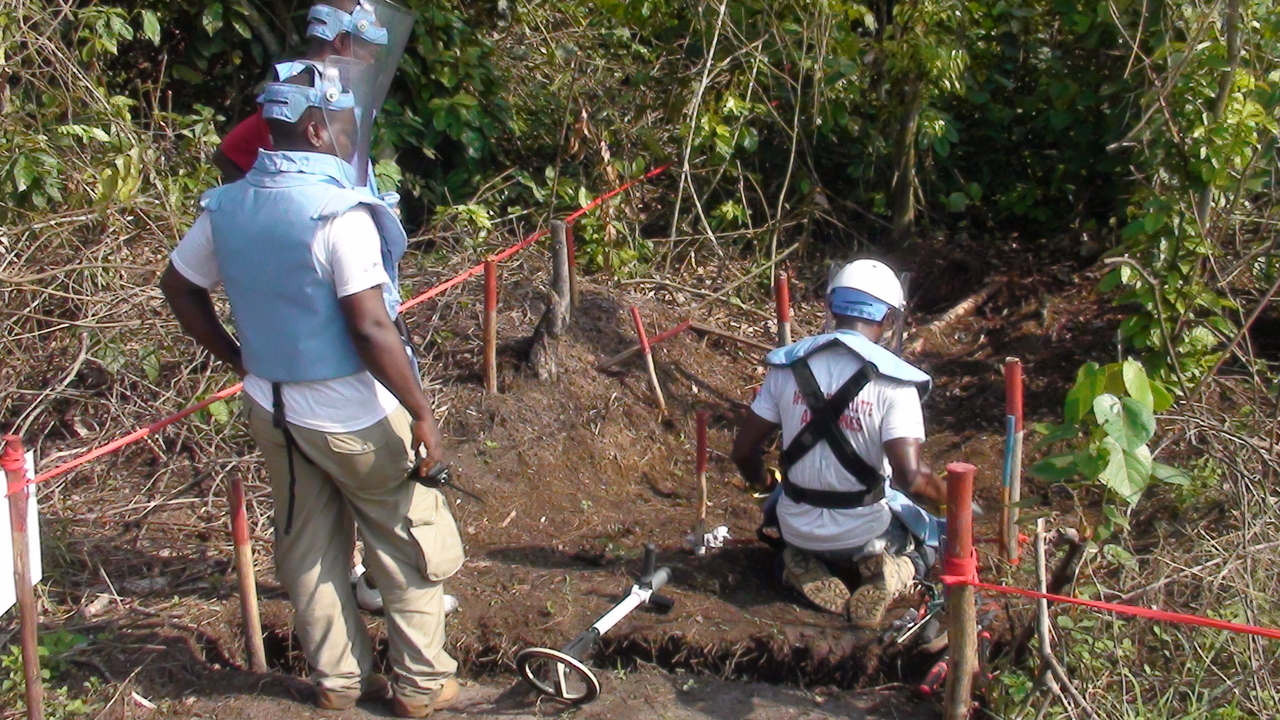 Twenty-nine people, including 14 deminers split into three teams, have been working as of mid-June on hard-going terrain in a dense and humid forest, near to the villages of Bangboka and Batiabombe. The mine clearance operation using metal detectors and probes is set to last until next autumn. It will make it possible to return agricultural land to 3,500 villagers who will then be able to resume their arable and livestock farming.

This intervention follows on from the surveys amongst the local inhabitants and authorities, conducted by Handicap International and AFRILAM over a period several weeks in order to locate the areas at risk of contamination from antipersonnel landmines and explosive remnants of war.

Mines and explosive remnants of war pose a constant threat to the local population who can fall victim to these weapons many years after a conflict has ended. They can hamper a country's economic development as their presence means there are entire swathes of land where it is impossible to build roads or houses or to farm etc.

Antipersonnel landmines were first used in DRC in 1960 after it achieved its independence. Since 1996, there has been widespread use of mines by the various armed groups fighting in the north and east of the country in a succession of conflicts. They still today pose a constant threat to the local population.

Handicap International has been working in Democratic Republic of Congo for the last 20 years. Having been heavily involved in demining operations, its last projects in this area date back to 2014. The organisation has start up new operations set to last until December 2017, with AFRILAM which has been its partner since 2008.

A State Party to the Ottawa Mine Ban Treaty, the Democratic Republic of Congo has set itself the goal of becoming mine free by 2021.