In April, Jeff Meer, Executive Director of Handicap International US, travelled to Mali. He met with Kouyate, a father caring for seven children, three of whom live with physical disabilities. In this personal testimony, Jeff describes the difficulties faced by Kouyate and his family and the hope that Handicap International offers 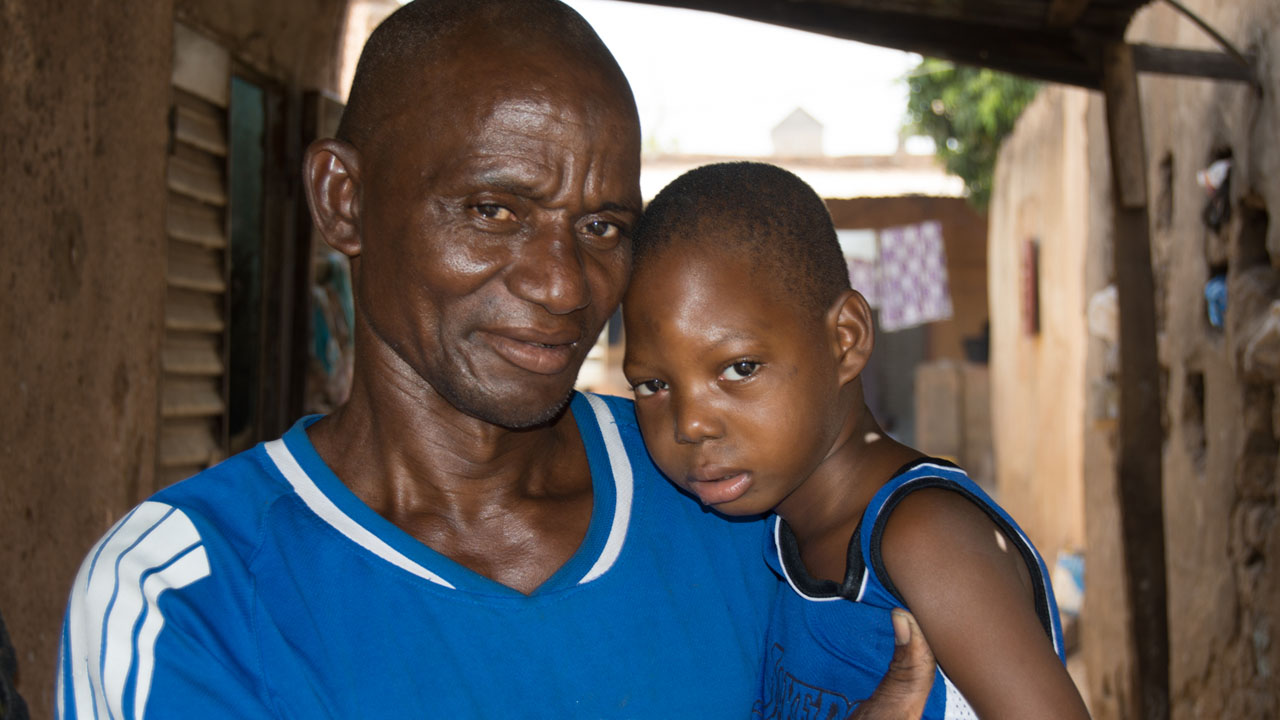 Sokoma Kouyate is the father of seven children, and has been unemployed for more than six years. He, his wife, his mother-in-law and the children all share a single room for sleeping in Bamako, Mali’s fifth district, where I met him and his family in April 2017. During the day, they stay in an adjacent courtyard, where afternoon temperatures can reach into triple digits with 90% humidity. Kouyate’s wife works in the local market selling spices, a livelihood that provides barely enough income to support the family. Kouyate stays home with his mother-in-law to care for the children.

The courtyard where the family cooks, cleans, relaxes and plays is littered with wheelchairs, crutches, seats and other assistive devices in various states of disrepair. That’s because three of Kouyate’s children are unable to walk. As infants, they became infected with malaria, which was left untreated, and eventually damaged their nervous systems and left them unable to move their lower limbs.

The oldest of Kouyate’s children is 22. Most days, he sits in a wheelchair near the street adjacent to the home, under the shade of a large tree. Like his two younger brothers with a disability, ages 8 and 4, he has never been to school, and cannot read. The closest school in Bamako equipped to teach children with disabilities is about five miles from where the family lives. Paired with the state of the roads in Bamako, the lack of sidewalks, and the lack of public transportation, perhaps their lack of education is no surprise. During my visit, the normally-abled children in the family weren’t in school either, because school teachers were on strike over a lack of wages.

None of the three boys with a disability has seen a physical therapist, and so they are unlikely to ever be able to care for themselves. Family members occasionally bring them to a local health clinic, but only so they can receive care for acute illnesses.

Kouyate told me that he is tired many days taking care of his large family. He is not sure where to turn for help, and is grateful to have occasional visits from Handicap International and our partners. This gives him some hope for the future.

According to the United Nations Development Program, Mali ranks among the five hardest places in the world to live. Life expectancy is 58.5 years in Mali. The average Malian will expect to have just two years of formal education. Roughly 80 percent of those working in Mali earn less than $3.10 per day.

Like my colleagues in Mali, I am honored to be part of the Handicap International family, helping to create better lives for the Kouyate family and other. It gives me great peace of mind to know that having this family on our radar, means they have the potential to access rehabilitation and properly fit wheelchairs, and other assistive devices.

Our work in
Mali
Where your
support helps
Worldwide actions 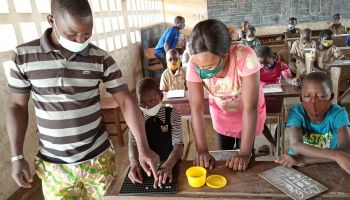