Hurricane Matthew: “The roof was torn off, the walls collapsed”

After Hurricane Matthew made landfall in Haiti last Tuesday, Handicap International has been mobilising its teams in the field, supported by its emergency specialists, who arrived on Friday. Part of the country has been devastated and thousands of homes destroyed. The United Nations estimates that more than 2.1 million people have been affected, of whom 1.4 million immediate assistance. Josie and Moise, who live in the south of Haiti, which was severely affected by the disaster, provided us with their testimonies. 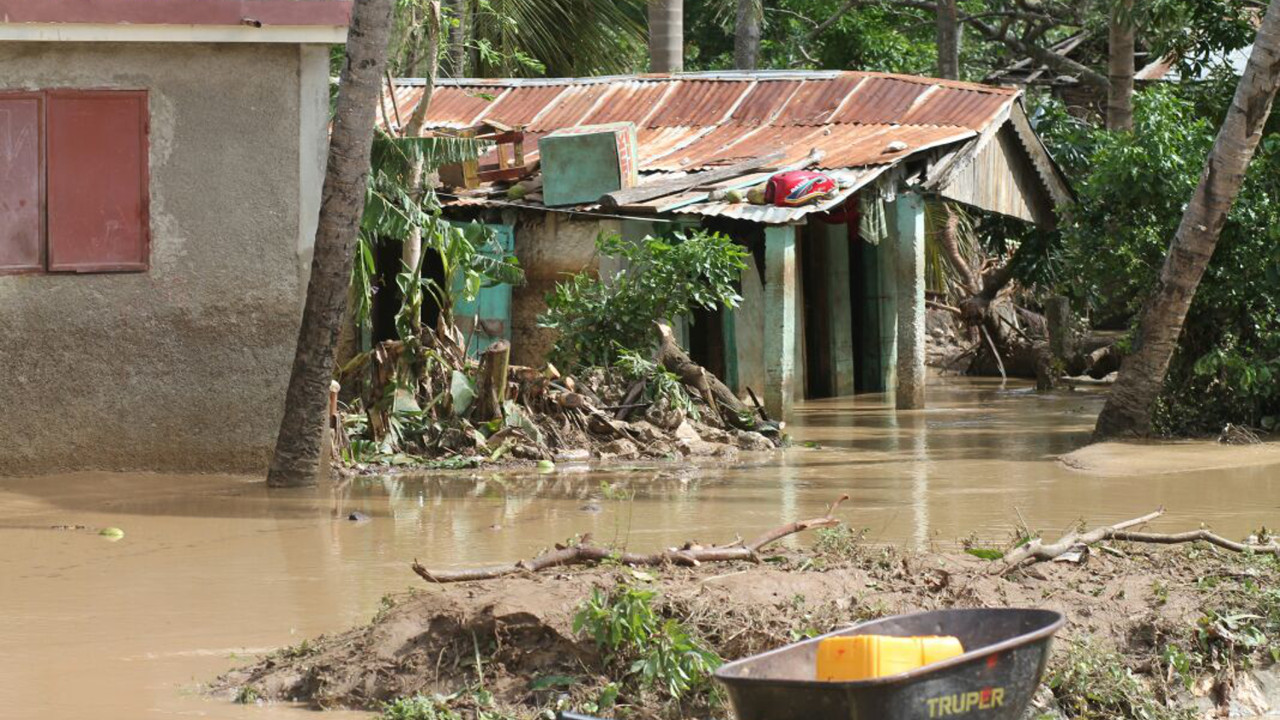 "I live in Ravine, Charles, in the commune of Jérémie (one of the cities worst hit by the hurricane)," explains Josie Pierre, 22. "Everyone around here has lost everything. The house where I used to live with my mother and two nephews has been destroyed. The corrugated roof was torn off and the walls collapsed. My uncle’s house and my cousin’s house were both destroyed by the hurricane. As far as I know, all of the houses around here were destroyed in the hurricane. Only four homes are still standing."

For these families, who were already living in extreme poverty, the next few months are going to be very hard. “We lost all of our cattle,” says Josie. :

« All of our cows, pigs, goats and poultry. I don’t know how we are going to survive now that we have nothing left. I’ve never experienced a disaster like this.”

Faced with utter devastation and isolation - the telephone network is down - people who live along the Charles river have started to organise themselves.  “We are trying to recover the corrugated sheets and debris from houses to build shelters where we can spend the night.”

Moise Clarel, 77, is facing the same problems in the commune of Port-Salut. Only the generosity of a close acquaintance with a concrete house has saved him from spending the night outdoors after his own was swept away by the hurricane. “A strong wind was blowing here from 6 o’clock on Monday night. My house collapsed in the middle of the following night after the corrugated roof was torn off and water rushed into the house. I wanted to take refuge with one of my sons but his house was destroyed too. When day broke, I realised that all of the houses in the area had been flattened.”

“We’re eating the fruit we managed to save but in a few days we won’t have anything else to eat. And our cattle have been wiped out by the hurricane. Today we’re having to drink the river water because it’s cleaner than the well water.”

An emergency team arrived in Port-au-Prince on Friday morning to provide backup support to Handicap International’s teams already working in Haiti. Their priorities are to promote the transport of aid to the most vulnerable people and provide the injured with rehabilitation care and psychosocial support to people suffering from trauma. The organisation is also planning to organise distributions of sheets and rope that families can use to build shelters. Cooking kits, water purification tablets and special aids like crutches and walking frames will also be distributed.