Firas is 8 years old. This summer, he was seriously injured in an airstrike in Syria. Now paralysed, he can’t go to school or do simple tasks. Handicap International is providing Firas with rehabilitation care to help him recover his mobility. The organisation is able to assist the local population with support from the EU’s humanitarian aid and civil protection service (ECHO) and its local partner in Syria. 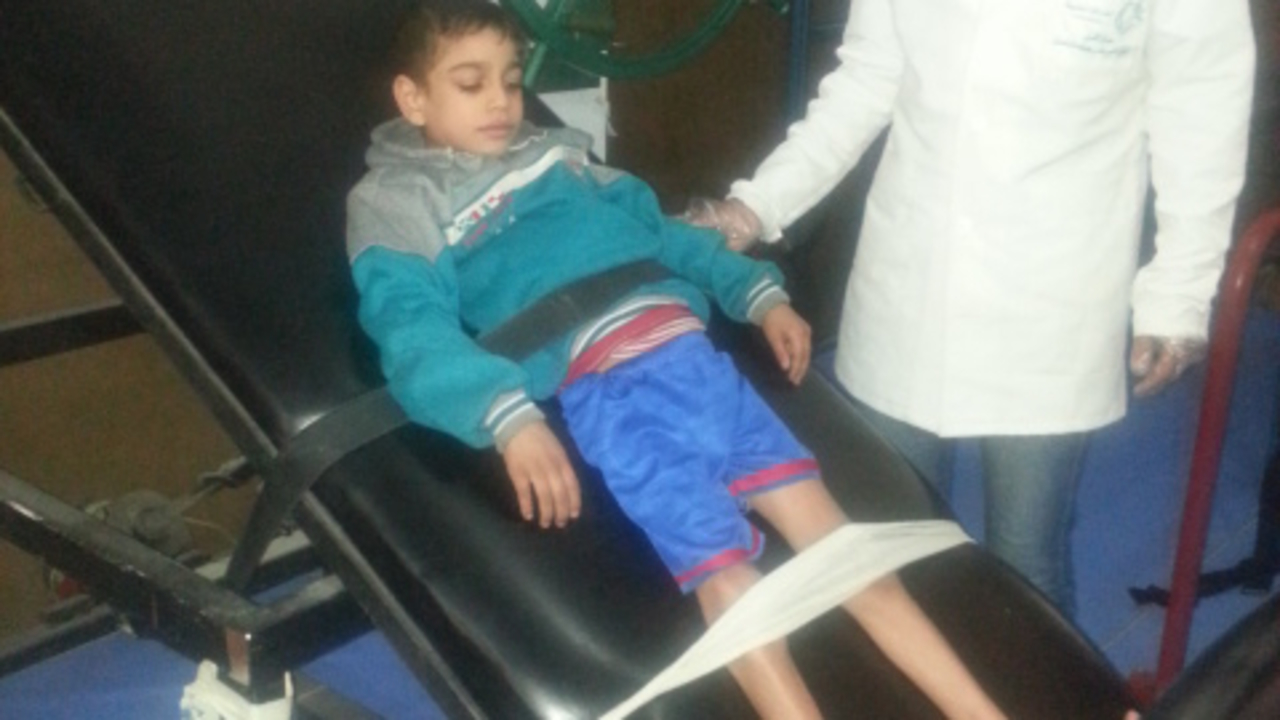 Last July, Firas’s life changed forever. The little boy was at home when his neighbourhood was hit by an airstrike. His mother, who has come with him to his physiotherapy session today, recalls what happened: “I can remember it like it was yesterday. It was a summer day, nearly noon. I heard the sound of an aircraft and I immediately called my children. We had gotten into the habit of sheltering in the basement when we heard a plane in the sky.”

“I had just begun to shout when a bomb fell on a building on the other side of the street. I took my two daughters under my arms and told Firas to run with us to the basement. My son said he couldn’t move. I thought he was paralysed with fear so I ran to pick him up. When I took him in my arms I felt a liquid, still warm, running down his lower back. I realised he was bleeding and started screaming for help. The ambulances arrived and they took my son to hospital. The doctors initially tried to stop the bleeding. Firas’s injury was so serious he was taken to another hospital for an emergency surgery. He had to stay there for six weeks before he could come home.”

Since his accident, Firas has not been able to walk. “I can’t go to school with my friends or play football,” he says sadly. Handicap International and its local partner are helping him recover his mobility and do everyday tasks. “We’re trying to strengthen his muscles so he can move around by himself again,” explains the physiotherapist during the rehabilitation session. More than a million people have been injured in Syria since the start of the conflict and over 11 million civilians need care and treatment.[1] Handicap International, supported by its local partners, has been providing the country’s population with assistance since 2013.