Yetnebersh Nigussie with Haile Gebrselassie | © Light for the World

Yetnebersh Nigussie grew up in rural Ethiopia. She became blind at the age of five following a preventable illness. Encouraged to complete her education, she is now a lawyer, campaigner and Senior Inclusion Advisor at Light for the World. Her story is testament to the importance of education for all children.

Since 2013, Yetnebersh has contributed to Handicap International’s Making it Work initiative, which advocates to prevent and respond to violence against women and girls with disabilities.

Yetnebersh is also a strong advocate of access to education for children with disabilities, one of HI’s key areas of work, in Ethiopia and around the world.

HI commends Yetnebersh for her dedication and achievements and for bringing these issues to the forefront of the international agenda.

On receiving her award, Yetnebersh stated, “If I could change one thing in the world, I would change people’s mindsets to think that inclusion – not exclusion-- is the norm.” HI is proud to collaborate with advocates with disabilities who engage to make inclusion a reality for all.

Our work in
Ethiopia
Where your
support helps
Worldwide actions 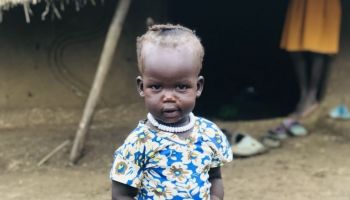 Malnutrition prevented Pal from developing like other children his age. With HI’s nutrition support and stimulation therapy, he can now sit, stand and walk on his own. 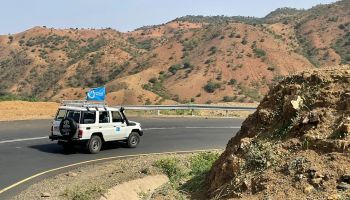 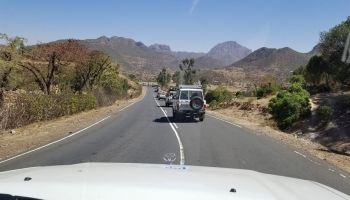 Over a million people in Ethiopia are suffering in the midst of a violent crisis. Humanity & Inclusion (HI) teams arrive to provide aid and support to those most affected.