Leaving everything behind to feed your family

The food crisis in East Africa is creating unprecedented numbers of refugees. Up to 80% of refugees are women and children who can no longer find enough food to survive. Rose and her children now live in a refugee camp in Kenya, but they still face many difficulties. 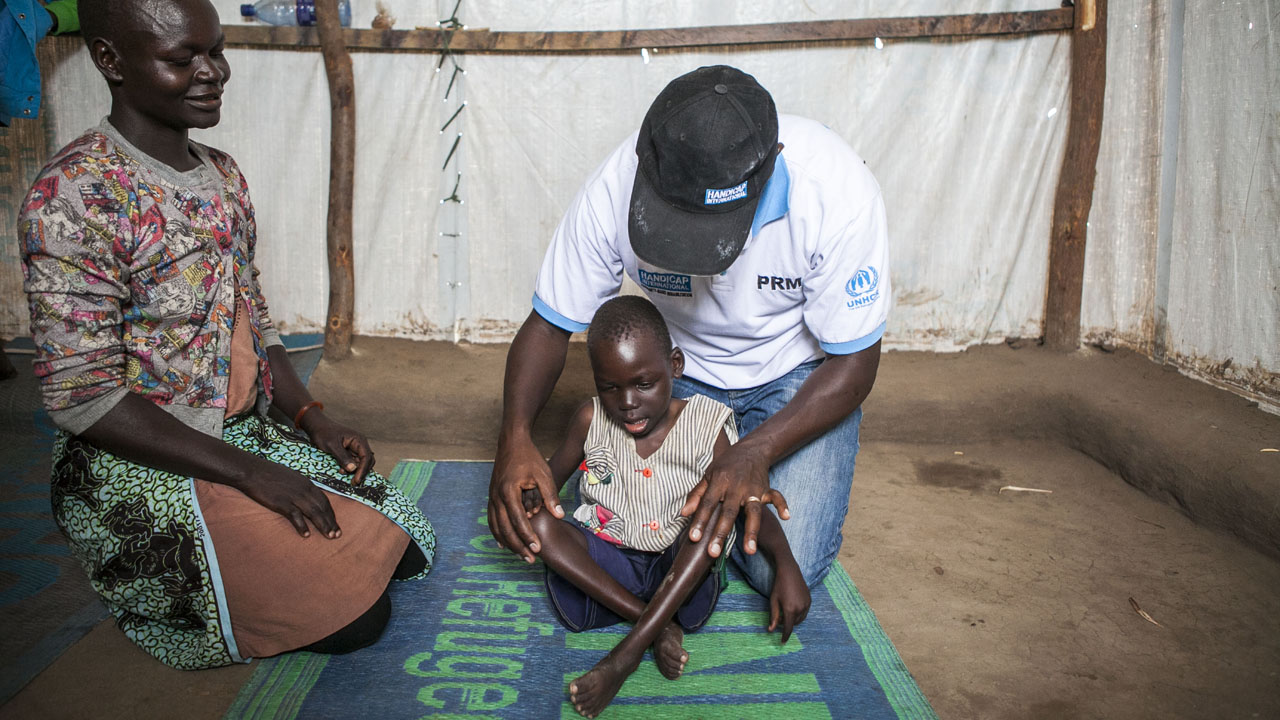 Rose Jendiya with her family at Kakuma's refugee camp. She arrived in January 2017 from Juba escxaping the war in South Sudan. | © P.Meinhardt / Handicap International

Rose listens attentively as a physiotherapist from Handicap International shows her some exercises to practice with her four year old son, Samuel, who has cerebral palsy. The lesson takes place in the family’s small tarpaulin lined shelter at Kakuma refugee camp in Kenya.

Rose and her four children arrived at the camp in February, from Juba in South Sudan. The family used to run a small shop selling groceries. When fighting intensified in July last year, food prices rocketed and despite their best efforts, the business collapsed. Unable to buy enough food for their children, Rose’s husband encouraged her to head to Kenya. He was too unwell to make the journey.

As Samuel’s sole carer, Rose finds it difficult to access camp services and is unable to work to generate additional income. This means that the family is entirely reliant on their allocated rations. Sometimes, she has to ask one of the other children to look after Samuel and they miss school.

Rose has been devotedly carrying out Samuel’s exercises every day since she met Handicap International’s physio team in February. She is hoping to improve his physical independence so that they can both move around the camp. She believes there has already been an improvement “my son seems more relaxed and is moving more easily”.

Sadly, Rose’s husband passed away two weeks ago. She will need as much support as possible to raise her children. Samuel’s progress is more important than ever.

I support this fundraiser!