Two months ago, the Iraqi and Kurdish armed forces launched an offensive to retake Mosul, in Iraq. Since then, nearly 100,000 people have fled the city and its surroundings. Handicap International’s teams are working in various displacement areas to provide them with assistance. 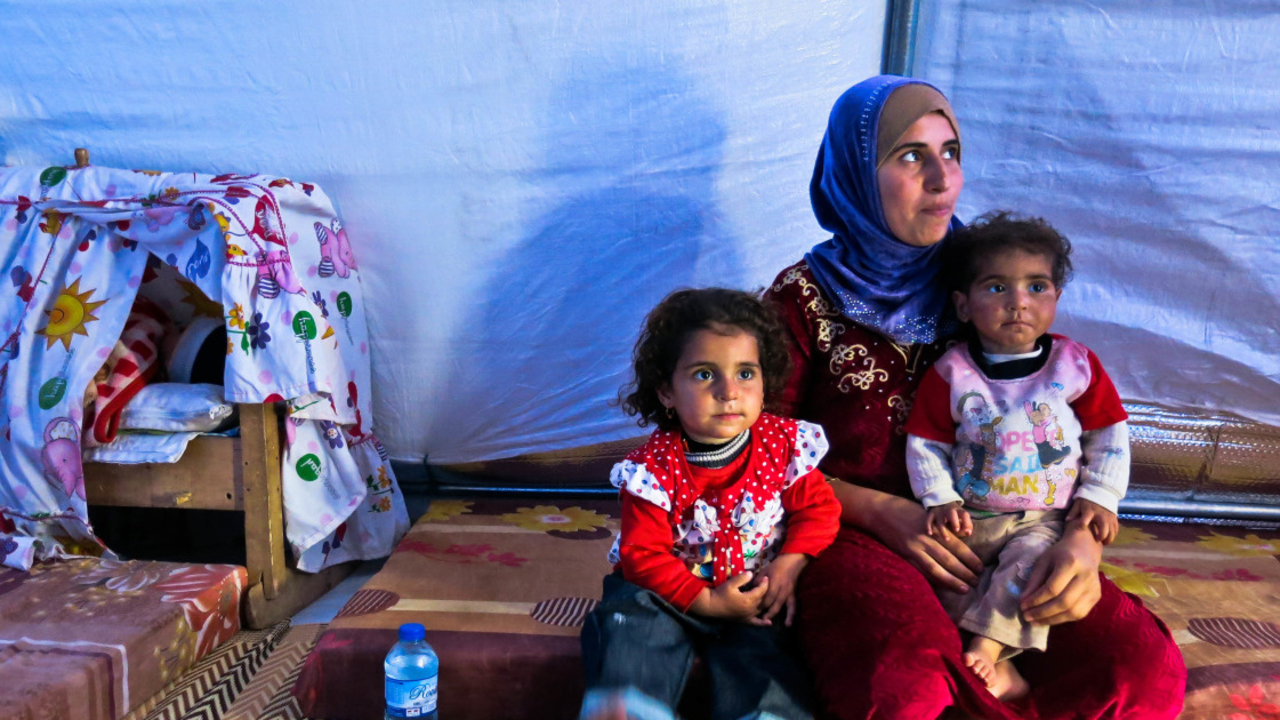 A woman and her children in their tent in Khazer camp, where tens of thousands of IDPs have been living since the 17th of October. | © E. Fourt / Handicap International

Since the launch of its relief effort in assistance to displaced people from Mosul and its surroundings, Handicap International has already provided assistance to hundreds of people. “Our teams go from tent to tent in the camps to make sure no one is left behind,” explains Maud Bellon, Field Coordinator for the organisation’s emergency response. For several weeks, she has been supervising the work of dozens of physiotherapists, social workers, psychosocial workers and officers educating people on the risk from mines and explosive remnants of war, who reach out to displaced people.

“We are doing our best to help as many people as possible, but the number of IDPs continues to grow every day. It’s getting colder and living conditions are increasingly harsh for people in the camps. About 80% of these displaced people live in camps,” explains Maud.

“In addition to our physiotherapy and psychosocial support activities, last week we launched risk education sessions on mines and explosive remnants of war for displaced people. Since 17 October, more than 1,000 people have been injured by firearms or explosive weapons, including mines, while fleeing the fighting[1]. It is vital that the displaced population knows how to avoid these risks. When they return home, which is already the case in some areas, they arrive in places that are heavily contaminated, so they need to know what the dangers are,” adds Handicap International’s coordinator.