Handicap International has launched a vast development programme in Chad aiming to demine contaminated land, implement a social welfare system and boost economic activity in the North (Borkou, Ennedi, Tibesti) and Lake Chad regions. This four-year project has the biggest humanitarian budget the organisation has ever managed - 23 million Euros. Thomas Hugonnier, Head of Mine Action [V1] for Handicap International gives us all the inside information. 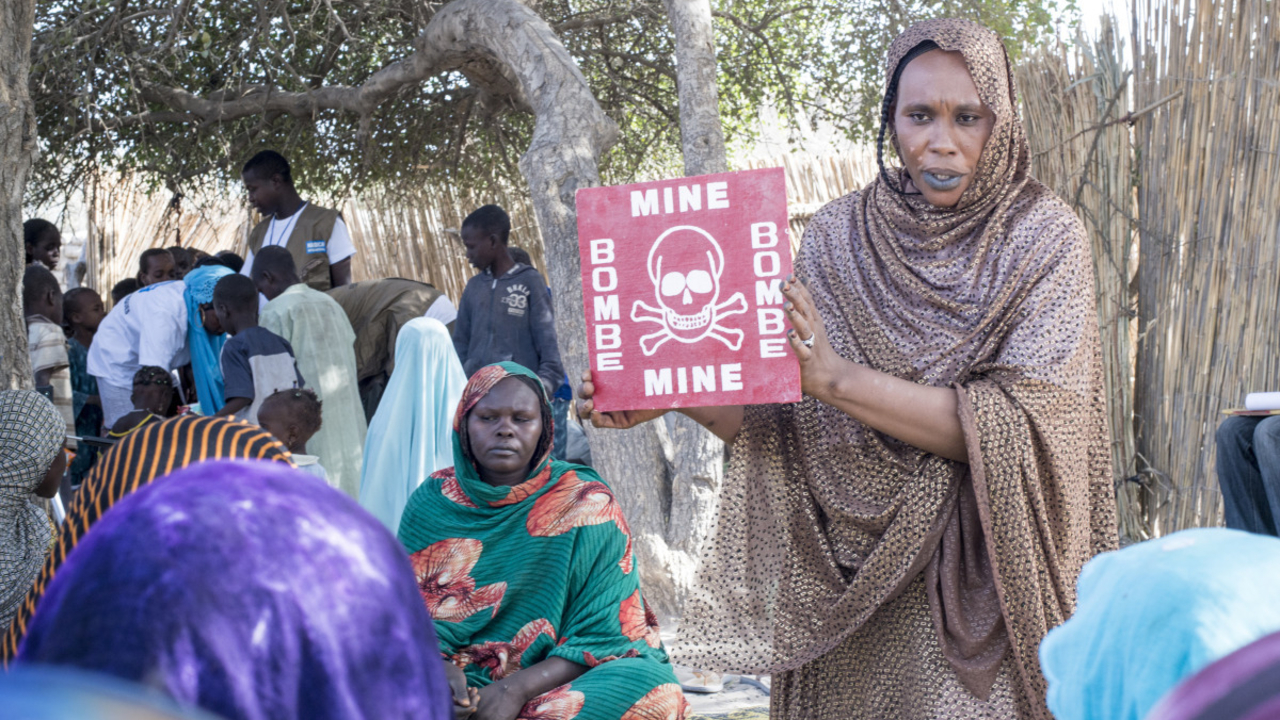 What does this project involve?

This is a truly vast development project. It focuses on three areas: demining the land contaminated during the conflict with Libya in the 1980s, implementing a social welfare system, and developing economic opportunities for the most vulnerable, in particular young people.

Where, how, and why will we be demining?

We will demine the road links polluted by mines and explosive remnants of war in three regions in the north of the country: Borkou, Ennedi and Tibesti. This will make it possible to develop trade. Chad is currently very heavily contaminated by mines, over an estimated 100 km2 of land, equivalent to the surface area of the city of Paris! In the Borkou, Ennedi and Tibesti regions there are over 250 km of contaminated roads.  This is a significant barrier to development. In order to carry out this work we will use a demining vehicle which is designed to demine large surface areas. Given the extensive preparation required for this intervention, these operations will get underway mid-2018.

The project also includes a welfare component. What does this involve exactly?

There are almost no social services whatsoever in the village communities. Our project will structure the services that do exist, build a network of local actors and create a social welfare fund which will guarantee access for the most vulnerable, including people with disabilities, to basic services (health, housing, food). We want to involve the communities in this project: committees will be set up to define the criteria for defining vulnerable users and to determine a system for identification, referrals and social support. Our aim is to ensure equal access to services for all.[GL1]

The project also has an economic goal...

Yes, we intend to help poor families constitute a small amount of savings and to define a financial assistance mechanism. The project will reinforce apprenticeships and develop small businesses. We will finance collective works, such as building an irrigation channel for a palm grove in order to grow dates, after the land has been cleared of mines by our teams. This example clearly shows how the three different components of the project work together: demining the road network to encourage transport and trade, boosting the local economy and employment opportunities, and providing a social welfare system. We are tackling poverty in the region on all fronts.[GL2]

This project has a particularly large budget. Who are our partners?

This is indeed a major project, set to last four years, involving numerous people and villages over a vast area. We are not working alone. HI will be the lead agency in the consortium of NGOs which will implement the project. The consortium is made up of the Mine Advisory Group (MAG), the Swiss Foundation for Mine Action (FSD) and SECADEV (Secours catholique et développement a Chadian NGO). Along with Handicap International, these major international organisations will join forces to promote the development of a poor region, contaminated by mines after chronic crises, such as the recent crisis involving Boko Haram.[1]

[1]Almost 500,000 people have fled the violence of the Boko Haram group and sought refuge in the Lake Chad region.