For the first time ever, the United Nations Security Council has adopted a Resolution on persons with disabilities in armed conflict. This represents a significant step forward for people with disabilities, who are particularly at risk in crisis situations and often overlooked in humanitarian assistance. 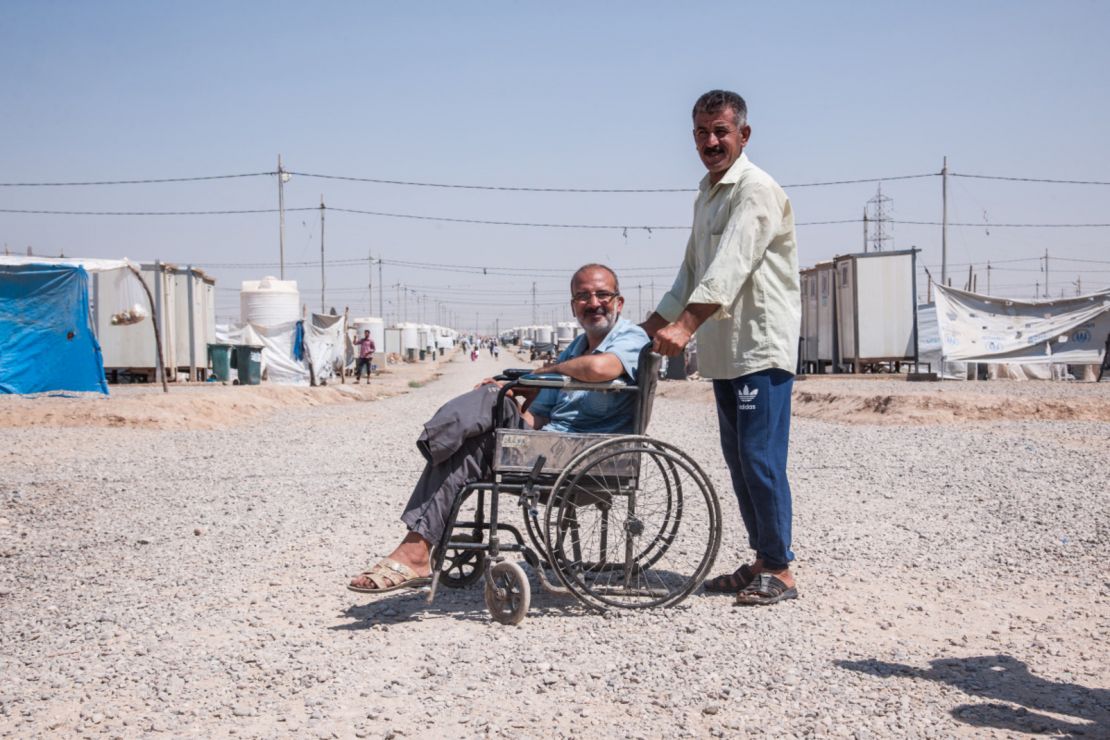 "This resolution is a great step forward for people with disabilities who are particularly at risk during conflict and can be inadvertently excluded by humanitarian organisations. All civilians, including persons with disabilities, must be protected during hostilities. We must reduce the difficulties they face when fleeing fighting, when seeking protection and when accessing humanitarian services",

In addition to the needs of people with pre-existing disabilities, violence during conflict will cause injuries and further impairments. A study by HI and iMMAP[1] shows that more than 60% of the Syrian refugee households include a person with disability, and 1/5 of refugees in Lebanon and Jordan have a disability.

War, cause of impairments

Estimates are that 1.3 million people in need inside Syria are living with a disability, and there are increased patterns and number of people with disabilities[2]. According to a recent assessment in Western Aleppo, Idleb and Ar-Raqqa 30% of adults in Northern Syria have disabilities, double the world average of 15%. Many new conflict and non- conflict related trauma cases per month are leading to thousands of impairments that will require long-term physical rehabilitation care. [3]

A December 2018 UN-NGOs study[4] on access to health care in Northern Syria found that the prevalence of war-related injuries ranged from a high of 56% of respondents with disabilities in Idleb to 11% in Ar-Raqqa. Among those respondents, over 95% reported that their injury had contributed to their disability.

In Jordan, 80% of Syrians injured by explosive weapons expressed signs of high psychological distress, 66% of them were unable to carry out essential daily activities because of their feelings of fear, anger, fatigue, disinterest and hopelessness, 65% were so upset that they tried to avoid places, people, conversations or activities that reminded them of the traumatic event.

A Charter on Inclusion of Persons with Disabilities in Humanitarian Action

In May 2016, HI and several partner organisations launched a Charter for the Inclusion of People with Disabilities in Humanitarian Action. It has been endorsed by more than 220 States, NGOs and organisations of persons with disabilities, international institutions, UN agencies, member states and donors. HI calls for continued mobilization to make inclusion a reality for all people with disabilities living in a crisis situation.

"States and humanitarian organisations must listen to people with disabilities and take their needs into account, for example on issues of accessibility when launching post-conflict reconstruction plans...",

[1] The survey ran from 2017-2018, and so far has resulted in two reports, four factsheets and a Data Dashboard that provide statistical figures on people with disabilities among Syrian refugees and their access to humanitarian aid.

[4] PRD-WG and REACH, 2018, Disability and Access to Health Care in Syria: Western Aleppo, Idleb and Ar-Raqqa.