What should you do if you find a mine?

The conflict that tore Casamance apart for thirty years is now over. However, anti-personnel mines still pose a threat to civilian lives. Alongside its mine clearance operations, Handicap International is also working with its partner, the ASVM (Senegalese Association of Mine Victims), to inform and raise the population's awareness of the risks of mines. Over an eight-month period, awareness-raising sessions will be held in 60 schools and 65 villages. 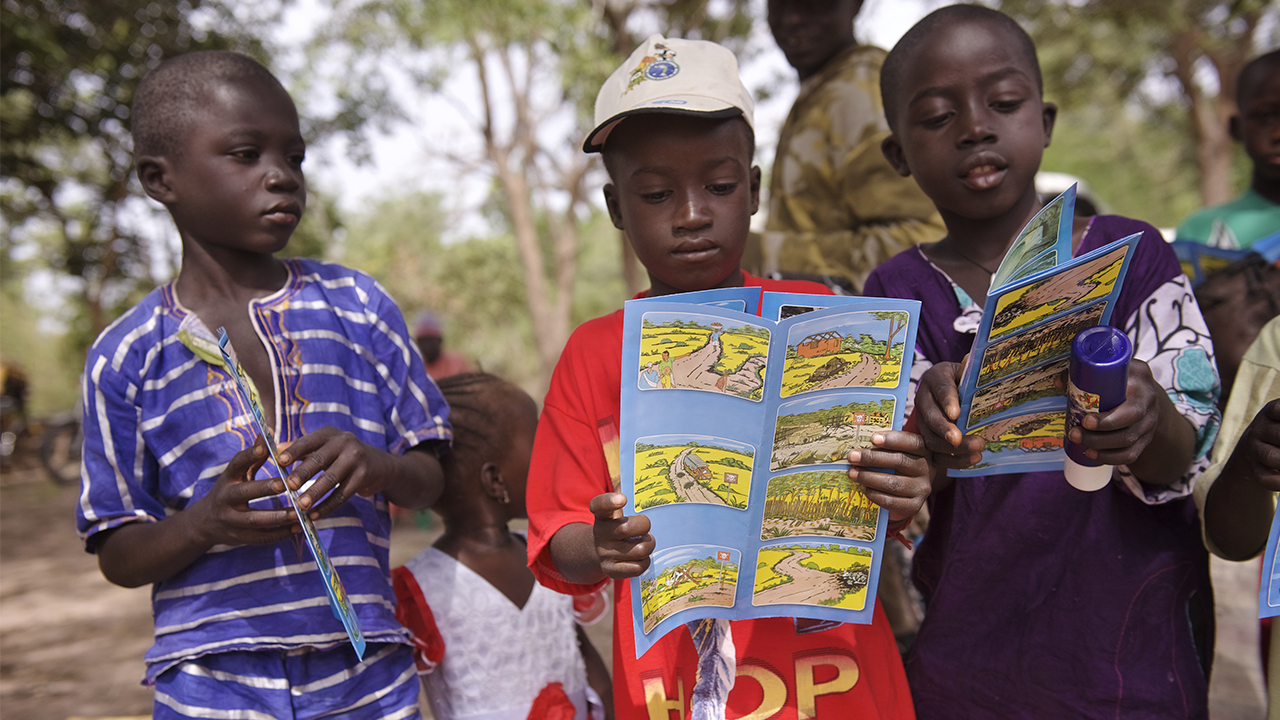 Nearly two hours by road from Ziguinchor (the only large city in Casamance) the ASVM team take a wrong turn down a track that takes them further and further into the bush. A reminder of just how isolated the vast majority of the population in the region are and how far from any services or infrastructure.

At 9 am we arrive at Leu Feu, a small village near the Gambian border with around a hundred inhabitants. Today, the whole village is gathered on the square in front of the communal vegetable garden, under the shade of the large trees. The two ASVM group leaders unload their equipment, including a microphone, sound system, and brochures, and start their awareness-raising session on the risks posed by mines. They are experts in the subject as both of them are mine victims - one had a leg amputated, while the other was just wounded. The children and adults are divided into two groups and the two hours of awareness-raising begin.

"We always start with a little test to see what the villagers already know," explains Mamady Gassama, one of the founders of ASVM, watching the session from afar. "Then we hammer home the main messages: do not approach an unidentified object sticking out of the ground; mark the spot with two branches; alert the village authorities etc. It is not complicated – you just need to use your common sense and do the right thing."

The memory of the violence of the conflict lives on for the villagers who returned home two years ago, after having taken refuge in Gambia for several years at the height of the fighting. Some paths and fields are no longer used due to fears about the possible presence of explosive ordnance. The conflict may be over, but soldiers continue to patrol the areas around the village, which makes the villagers uneasy. 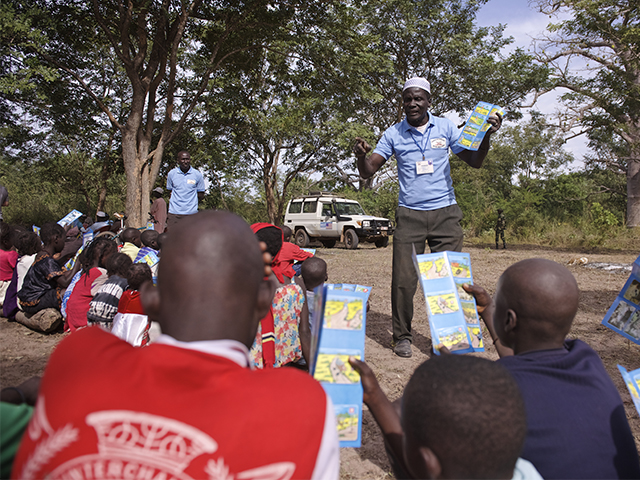 Alasan Diedhiou, an animator of the Senegalese Association of Mine Victims (ASVM) , the partner of HI in Casamance, during a risk eudcation session in the village of Leu Feu.
© J-J. Bernard / Handicap International

An awareness-raising session is an opportunity to overcome clichés and misconceptions: No, lucky charms cannot protect you from mines! No, you cannot get rid of a mine by burning it like rubbish. Yes, mines can move because the ground moves in this region: strong rains can cause small landslides and move mines several meters etc.

A villager asks why you should carefully retrace your steps when you see a mine. After asking the group if anybody knows the answer, the speaker Boubakar Ba explains, "You should always assume that there is more than one mine in the area. There may well be another one nearby. So, it is safer to leave the same way you came."

Somebody else raises a hand, "Do mines stop working after a certain time?”

"No," says Boubakar, "They are like plastic bottles. They remain intact for hundreds of years. You should always assume that a mine is active and dangerous."

"Children are at greatest risk,” explains Alasan Dedhiou who is leading the children's group, "Because of their natural curiosity and care-free attitude. When doing awareness-raising with children it is always difficult to keep their attention for the whole session." Alasan uses drawings from the brochure one by one and really works hard to make the session lively and enjoyable.

Mamady concludes, "If the adults and children take away just one message from these two hours – when I see something strange on the ground, I don't touch it, I mark the area, with branches for example, and I warn the village authorities - then we have won a victory!"