Yeminis are exhausted by four years of war

HI has been providing rehabilitation care and psychosocial support in eight health facilities in Sana'a since 2015 and in one of Aden's main hospitals since last July. Maud Bellon, HI’s head of mission, tells us about the unacceptable situation now facing civilians. 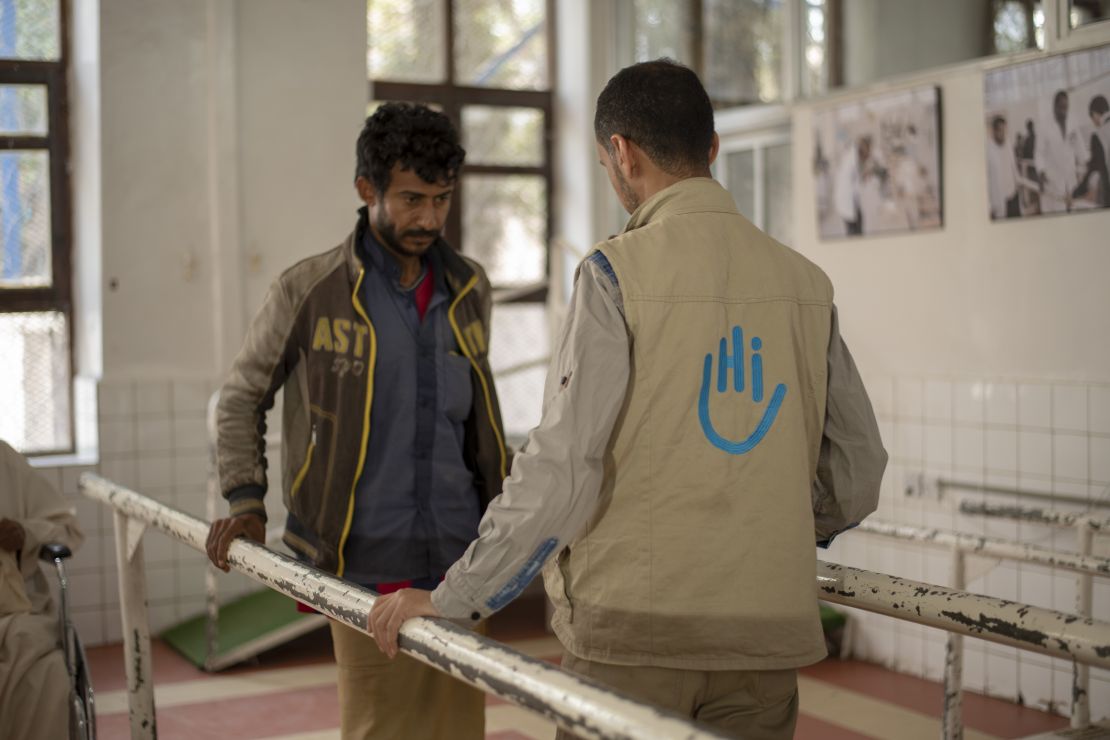 Rehabilitation session with Aiman Al-Mutawaki, a physiotherapist who works for HI in the Sana'a centre. | ©ISNA Agency / HI

"Since we launched our response in 2015, we have provided rehabilitation sessions to nearly 22,000 people," says Maud, HI Head of Mission in Yemen. “We have distributed 23,600 mobility aids, including wheelchairs and crutches, along with special equipment. We have also fitted more than 200 people prostheses and orthoses.”

As half of health facilities are no longer operational, all patients are transferred to medical facilities still able to receive them. “There’s a constant flow of patients, from people injured in the conflict or car accidents, to older and disabled people who need rehabilitation care. Just as many people as before need help, because the country is in total chaos.”

Families cover long distances to be treated in Sana'a (North) or Aden (South), despite the risks facing travellers in Yemen, which include fighting, violence, crime and poor transport conditions due to blocked roads.

"We are now working in the country’s two main regions: in the North - in Sana’a, since 2015 - and in the South - in Aden, since last July - with all the logistical and security challenges this entails.”

The United Nations considers Aden to be the most dangerous city in the Middle East. Armed groups and crime create serious security problems. Intense fighting last August increased the number of people arriving in the city's hospitals. The conflict is becoming more and more complex and the number of parties to the conflict has increased.

Yeminis are exhausted by four years of war that has destroyed the country’s social and economic structure. Psychosocial support remains a challenge in a country where the idea of psychological suffering is given little credence. "We have provided psychological support to more than 16,000 people, including direct beneficiaries of rehabilitation sessions and their caregivers. We are trying to go even further by training more than 400 health workers to treat people suffering from severe physical and psychological trauma.”

Contamination by explosive remnants of war

“We are going to launch mine and ERW risk education campaigns very soon. We want to inform Yemenis of the dangers and how to handle them, in order to reduce accidents. Some regions are highly contaminated by explosive devices, including remnants of bombs, so there is an urgent need for action.”