Abdullah was frightened of doctors

Abdullah is 12. In December 2019, he was seriously injured in an air strike as he played outside with his friends. After doctors amputated his leg, Humanity & Inclusion (HI) helped him through his ordeal. 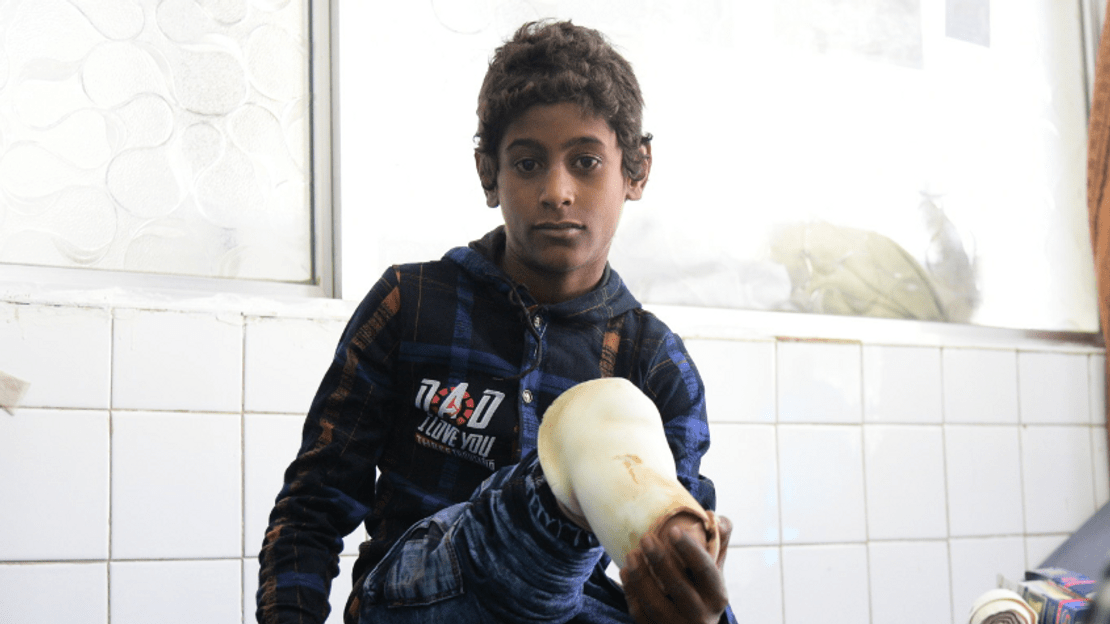 Abdullah is 12 years old. Severely injured in an aerial bombing in December 2019 while playing outside with friends, he had to be amputated. | © ISNA Agency / HI

Abdullah’s cousin was killed in the attack. Like a brother to him, his death deeply affected Abdullah. Equally devastating for a young boy, he also thought he would never play, walk or run again.

Extremely poor, his family didn’t know he could be fitted with a prosthesis. Abdullah lives with 11 brothers and sisters in a small house near Al-Hudaida, until recently the scene of heavy fighting and air attacks. The family does not have access to health services, electricity, food or water. The nearest school is miles from their village.

Immediately after his accident, Abdullah was rushed to Al Kuwait Hospital in Sana'a, in the hope of saving his life. He stayed for almost a month. HI’s team gave him psychological support and rehabilitation care, starting with a wheelchair and axillary crutches. He was then followed up to fit him with a prosthesis and given rehabilitation sessions to help him walk again.

Abdullah was extremely traumatised at first. He was afraid of the doctors who came to see him and screamed whenever the physiotherapist tried to do rehabilitation exercises with him. He was completely lost. Everything frightened him. HI’s team took the time to reassure him and build his confidence.

They fitted him with a below-the-knee prosthesis and taught him how to use it. His brother now takes care of him. As his caregiver, HI has given him information on prostheses and how to maintain and clean them.

Abdullah can now walk normally with his prosthesis, which needs to be adapted regularly as he grows.