The conflict that tore through the Gaza Strip in summer 2014 not only caused extensive material damage, it left nearly 10,000 unexploded devices behind: rockets, missile warheads and bombs. Since March 2015, Handicap International’s teams have been raising the awareness of people living in the worst-affected neighbourhoods to prevent potentially deadly accidents. One such session, in Deir Al-Balah, led to the defusing of four unexploded devices. 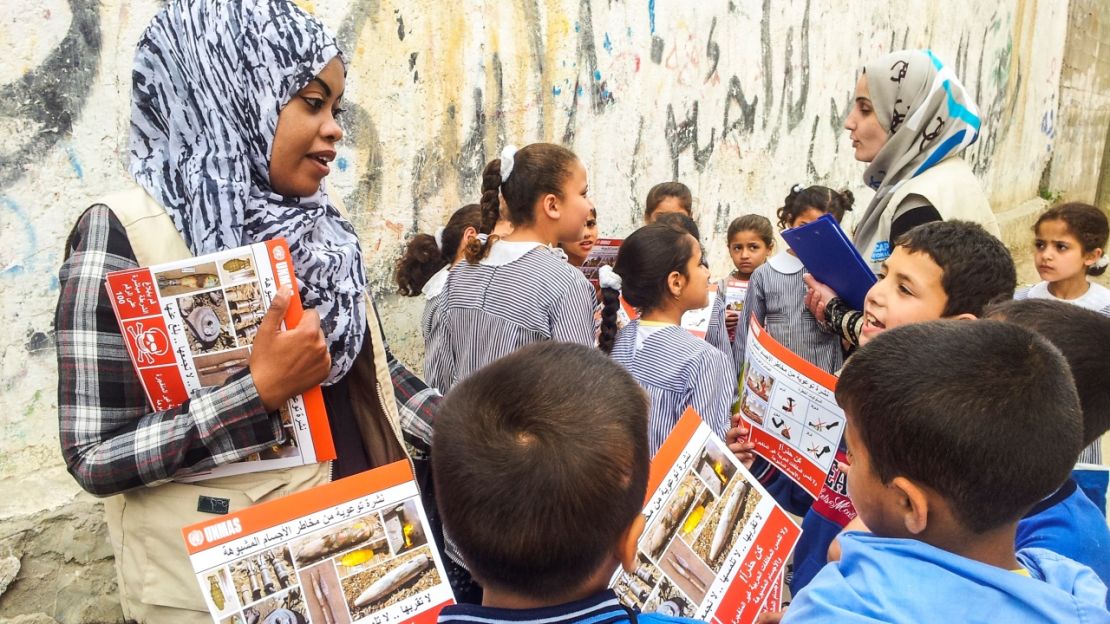 Risk education session on the streets of Gaza. | Handicap International

It’s a normal day for Handicap International’s teams. Three of our facilitators are visiting neighbourhoods in Deir Al-Balah, in the centre of the Gaza Strip. As usual, they’re talking to a group of residents about explosive remnants of war, what they look like, why they are dangerous, and what to do if they come across one.

Half an hour into one of their risk education sessions, someone raises a hand: “I’ve got some at home,” says a man of around thirty. “I thought it was safe and wasn’t a threat,” he says, before adding: “I’d like to get rid of them, but I’m afraid of how the authorities are going to react.”  The facilitators manage to convince him and he eventually alerts the authorities.

A few minutes later, the security forces arrive. In no time at all, they set up a 300-metre security cordon and defuse the explosive remnant, then place it in a police car.

Handicap International’s teams take advantage of the situation to raise the awareness of local residents, who gathered when they saw the security forces arrive.

They tell them what their work is about, and explain what explosive remnants are. An older man tells the team: “I’ve got two bombs that are still in my field. Can you get rid of them for me?” The weapons clearance team springs into action again and defuses three suspect devices. According to the weapons clearance experts, these devices were on the verge of exploding.

“In Gaza, people unfortunately tend to keep old explosive remnants at home,” explains Alaa Alkhatib, the head of Handicap International’s project in Palestine. “They realise the hazards and decide to take action thanks to the risk education sessions.”

Since March 2015, over 30,000 Gazans have had their awareness of the risk from explosive remnants raised by Handicap International’s teams.