Eight-year-old Fatehia was seriously injured in a bombing raid on her village in northern Yemen. She now receives medical and psychological support from HI. 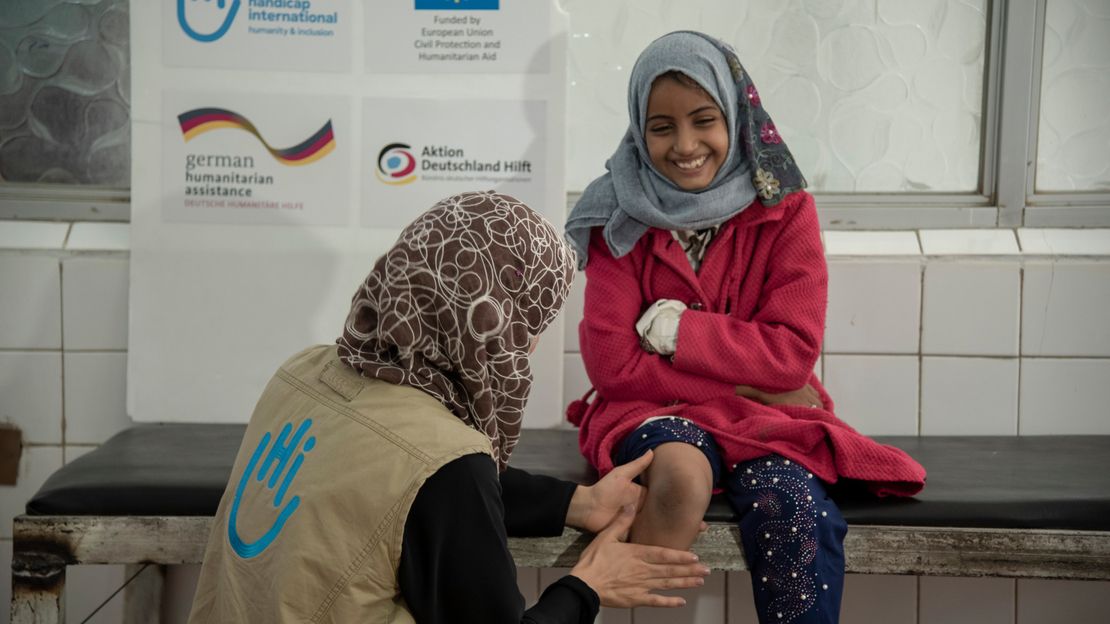 Two years ago, Fatehia's life was changed forever when planes dropped two bombs near her school.

Badly injured, she blacked out and was taken to the nearest hospital, where she was operated on immediately. Despite the best efforts of the surgeons, she lost her leg.

Fatehia stayed in hospital for two weeks, where she was reunited with her sister, who was also at the school when it came under attack. She also learned that her best friend, Wafaa, had been killed in the bombing. Fatehia had no idea if she would ever walk again.

"They gave me crutches. I hated them because they made me ugly,"

she says. Faced with her new situation, she lost the will to live. Desperate and frustrated, she shut herself away, stopped going out and focused on her pain.

Walking with a prosthesis

Fatehia only began to receive rehabilitation care from HI two years later, when her family fled to Sana'a. When she arrived at the city’s rehabilitation centre, the HI team reassured her and explained how they would rehabilitate her and fit her with a prosthetic limb.

Fatehia is gradually taking an interest in life again and accepts her disability. Once silent, she talks more and is making new friends. She has a great sense of humour and laughs a lot. Since her mobility was restored, she has dared to dream again. She would like to be a dentist - and an artist in her spare time. Her drawing skills are second to none!