Haiti : “We are seeing patients in the street”

Following earthquake damages and an increase in patients, Humanity & Inclusion (HI) is partnering with Fondation Tous Ensemble (FONTEM), the only rehabilitation center in the Cayes, Haiti. 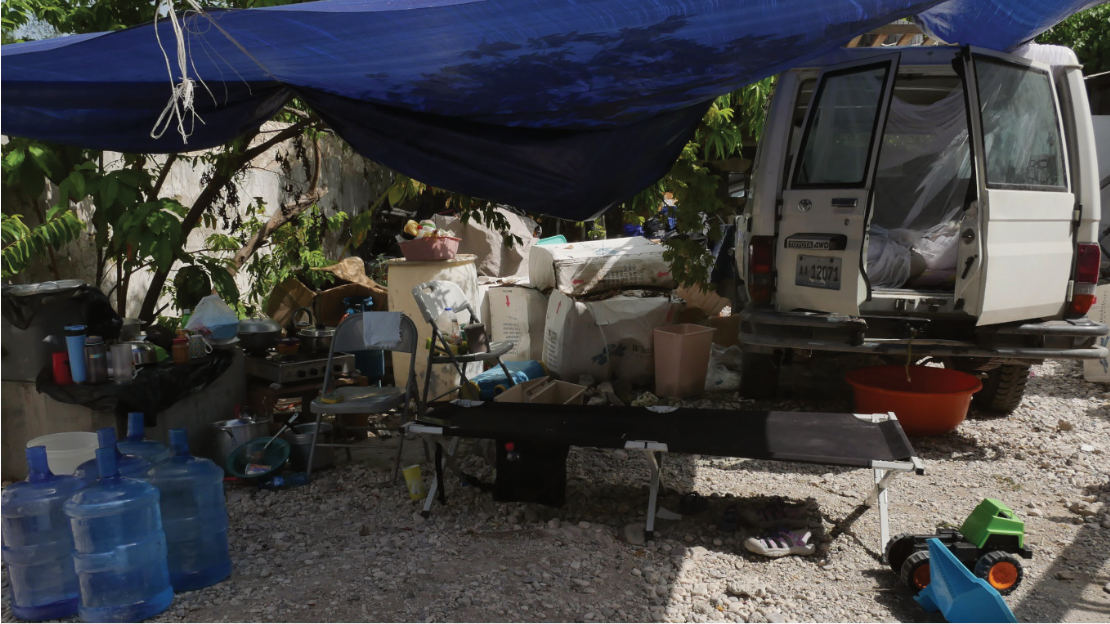 Consuelo Alzamora, the co-founder and clinic director, shares her experience since the quake.

The earthquake that hit Haiti on August 14th has caused over 12,000 injuries and counting, creating a surge of people in need of urgent wound care and rehabilitation services. HI has teamed up with the local organization, Fondation Tous Ensemble, which provides rehabilitation care to the south of Haiti.

"Many people didn’t have fractures, but they had wounds, or sprains or ligament damage. They weren’t going to the hospital because facilities were already so full, and they wouldn’t be able to do anything for them. So, we were taking in these kinds of injuries immediately. We gave them corrective boots, braces and were doing wound care”

The center was quick to open its services to those in need, but has unfortunately not been able to open its doors. Though the building remains standing, significant damage has made it so that the building is unsafe to welcome any patients at this time. Conseulo and her team have been forced to move equipment and services outside to meet the demand.

“Since the earthquake, we don’t even have a physical facility anymore. We are seeing patients in the street. This is the only rehabilitation center here that has physical therapies, occupational therapies and has a prosthetics and orthotics service. We’re receiving nearly 60 patients a day, so there is great need for more help. We see a lot of children, and that’s very sad to see. There are a lot of bricks that fell and hurt children, and there have been a lot of amputations too. Many are kids that were injured because they tried to save another child- their brother, sister or their friend for example. The thing that has been the worst part of the earthquake is the number of kids that died. Almost everyone knows some child who died that day. It’s awful.”

The need for rehabilitation is only expected to rise as the situation evolves. People with serious injuries who have needed to complete amputations or surgeries will require ongoing rehabilitation support or prosthetics as their next step. Meanwhile, others who have not yet been treated for injuries a week after their accident are at a higher risk of developing complications that will require significant physical therapy in order to avoid long-term damage.