Haiti: Assisting the injured in hospitals

A team of physiotherapists coordinated by Humanity & Inclusion (HI) and its partner FONTEN is assisting victims of the earthquake. Oscar, who was injured as he tried to escape, is one of them 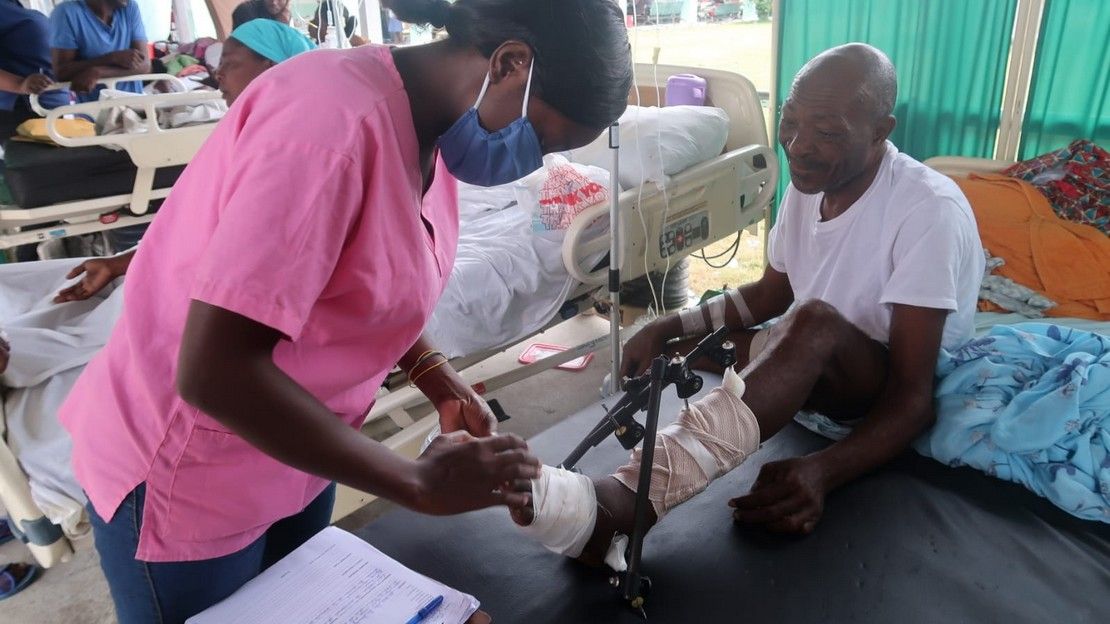 Oscar was walking between two buildings when the earthquake struck.
Afraid he would be crushed under the masonry, he began running for shelter. Unfortunately, his leg was hit by falling debris, causing a fracture.
Despite the pain, he continued to run for cover.

His children found him soon afterwards and rushed him to the OFATMA hospital in Les Cayes. Oscar was then transferred to Port-au-Prince for emergency treatment. He has now returned to Les Cayes with the support of his family.

Physiotherapists mobilised by HI and its partner FONTEN do exercises with Oscar to help him recover the use of his leg.
They also helping him learn how to walk on crutches. His leg is fractured in several places, so he is unable to put his foot on the floor.

Oscar says he lost his house in the earthquake. He still tries to stay cheerful and chat with the other families in the hospital.
Before the disaster, he worked as a builder but it’s going to be a long time before he can go back to work.