Hurricane Matthew: “We’ve lost our home, our crops, everything”

Les Cayes, the capital of the Sud department, was one of the main urban areas affected by the passage of Hurricane Matthew on 4 October. A week after the disaster, resilient but resigned, the inhabitants of the city’s rural neighbourhoods are slowly getting back on their feet. 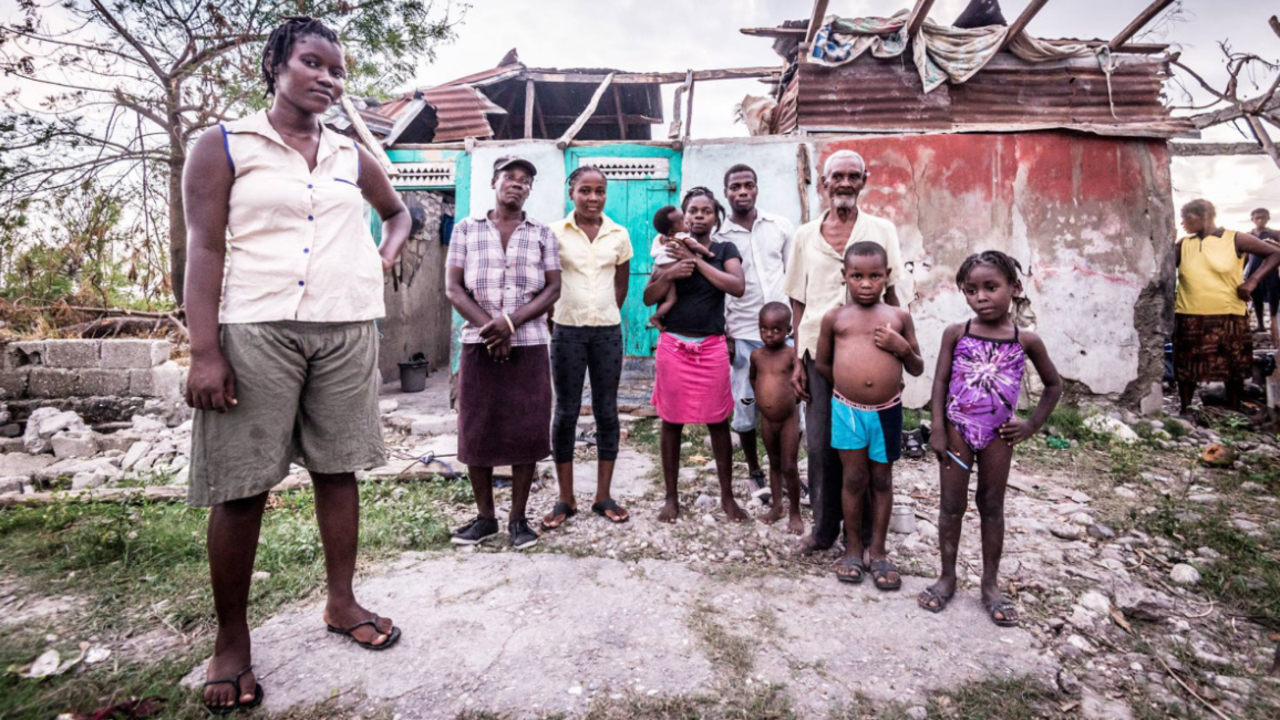 Inès Virgile outside her home destroyed by the hurricane. | ©B.Almeras / Handicap International

Fonfrède is one of the rural neighbourhoods of the city of Les Cayes; strung along the valley of La Ravine du Sud, the region’s main river, it was one of the areas worst hit by Hurricane Matthew just over a week ago. The landscape still bears the scars of the disaster. Uprooted trees, flooded crops and roofless homes bear witness to the violence of the storm that ripped through the district.

Residents are trying to get their lives back to normal as best they can. Young people are attempting to fit new corrugated roofs to their homes, as children back from school play in the street.

Inès Virgile is 32. This mother of five children, who has lived in Fonfrède ‘forever’, says the night the storm struck was like a nightmare, as witnessed by the tree that crashed through the roof of her home.

“The wind and rain were so strong, I’ve never seen anything like it. I thought we were going to die, that it was all over,” she says, staring at the ground. “We didn’t know where to take shelter, so we stayed at home. When the roof of our house collapsed on top of us, we had to take shelter in a neighbour’s house. But we couldn’t stay, it was too complicated with five children, we didn’t want to be a burden on them. So we’re back now. We’ve lost our home, our crops, everything.”

As she tells her story, Inès hugs her youngest child even tighter. For her, like for other residents of Fonfrède, the hurricane is still very much present... and the future has never seemed more uncertain.