I dream of peace and stability

Mohamad, 38 years old, is from rural Damascus (Syria). Extremely affected by his harrowing experience there, he suffered a stroke which left him hemiplegic. He has now found refuge in Lebanon, where Handicap International helps him to regain his mobility and provides him with psychological support. 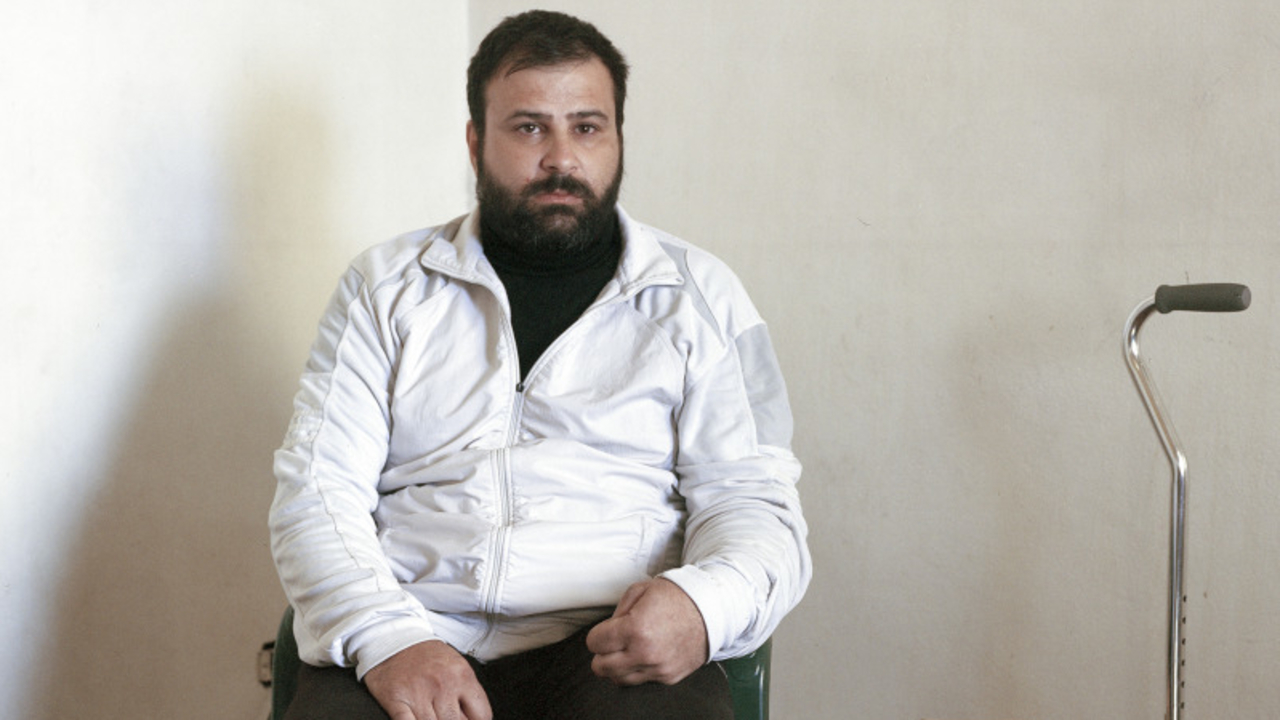 As he sits in his modest apartment, Mohammad's face is drawn and haggard. Lost in his thoughts, he appears to still be traumatised by the events that led him to seek refuge in Lebanon and deprived him of some of his mobility. A few years ago, when he was still in Syria, he witnessed with his own eyes the massacre of the population of his village. He remembers the blood of the dying people he tried in vain to help. "That is why I came to Lebanon," he eventually says, after a very long silence. "Because of the blood, because of the conflict. I was so afraid, and I wanted to protect my children, that's all."

When he arrived in Lebanon in 2012, Mohamad was still extremely troubled. He suffered a stroke which left him with hemiplegia. "I was in a very poor psychological state at that point in time. I was mentally exhausted, I think my brain just couldn't cope," he explains. Every week, one of Handicap International's teams visits him to help through his recovery. "He is still very depressed, so we have given him psychological support as well as physiotherapy," explains Doaa, one of the organisation's social workers.

When we speak to Mohamad about Syria, he talks nostalgically about his life before the conflict torn his country apart. "I had a good life. I had a job, experience, qualifications, a house… I was bringing up my children, my life was perfect. The war destroyed everything." Now, the family man clings to the hope that one day, the fighting will end and he will be able to return home. "Enough conflict, enough bloodshed. Today, all I dream of is peace and stability. What we have experienced is worse than both world wars combined, worse than anything we read about in history books. Enough is enough."