I felt so sad and afraid

Agnes has to walk for nearly two hours to attend the weekly meetings organised in Gihango, a village in the west of Rwanda. "But it’s more than worth it. Before I got to know the group, I was too frightened to talk to other people. I was very reclusive. I felt so sad and afraid. When I was able to tell my story here for the first time, I cried like a baby. I felt relieved somehow." 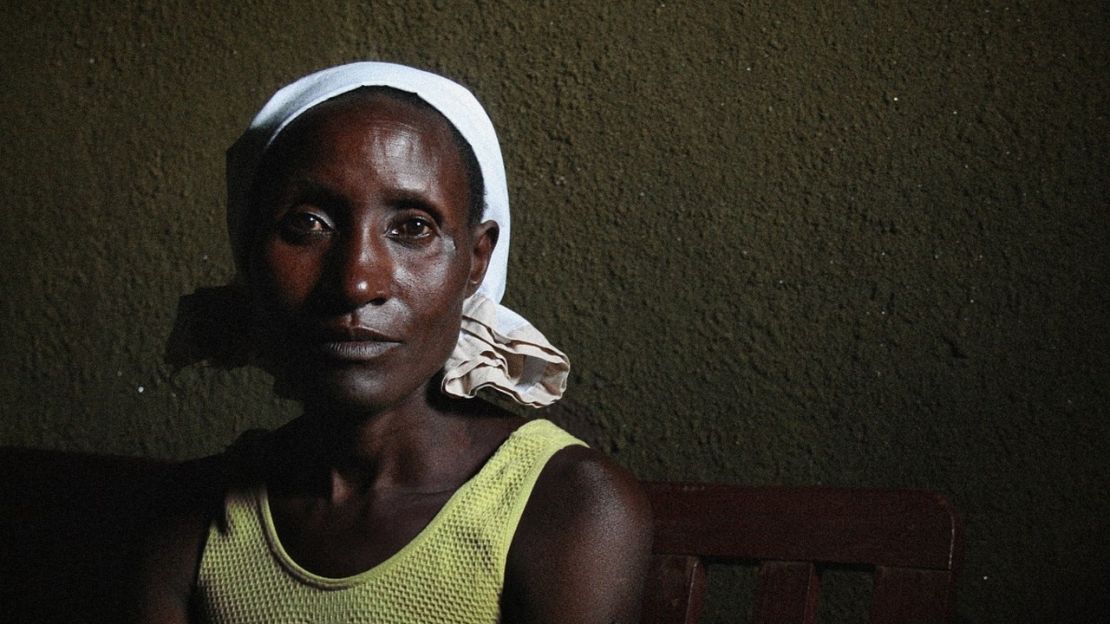 During the genocide, Agnes - who is now 52 - witnessed the violent death of her husband and two of her three children. The experience affected her so badly that she also lost her unborn child. After the genocide, one of her uncles came and knocked on her door. He told her that if she didn’t let him live with her, he would denounce her and tell everyone that she had her husband killed. "I’ll replace your dead children", he told her.

After the birth of three children, he left and abandoned Agnes to her problems and her four children. She found it very difficult to take care of them.

"My children have nothing. I can’t even send them to school."

"If a single man wants to help me, he often wants something in exchange. And even if he doesn’t want that, it gets the neighbours talking. And if a married man wants to help me, his wife will think that I’m going to run away with him. There’s always something. I don’t have many friends and I only chat to them about the weather. I’m scared that people will laugh at me and stigmatise me."

The meetings enable Agnes to talk about her traumatic experiences. The group’s economic activities will also mean she can send her children to school. She’s especially grateful for the psychological support she’s received.

"I’ve learned to accept the children I was forced to have. I’ve even learned to love them."

Our work in
Rwanda
Where your
support helps
Worldwide actions 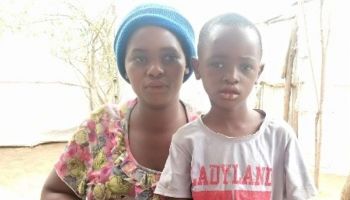 Rashid fled Congo with his family in 2018. He now lives in Kakuma refugee camp in Kenya, where HI has treated his impairment. 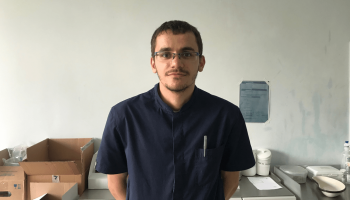 Rostyk, a physical therapy assistant with HI, is working to improve rehabilitation care in Ukraine. 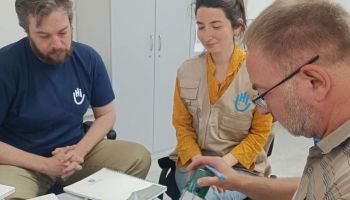 HI is supporting a mental health hotline in Ukraine

With rising mental health and psychosocial support needs, the volunteer hotline allows affected populations in Ukraine to access services any time, from anywhere.