Go to main content
By continuing your navigation, you accept the use of cookies to provide services tailored to your interests. Learn more.

More than one million migrants in Colombia: HI prepares its possible response

HI is preparing to launch a possible emergency response in aid of Venezuelan refugees in Colombia. 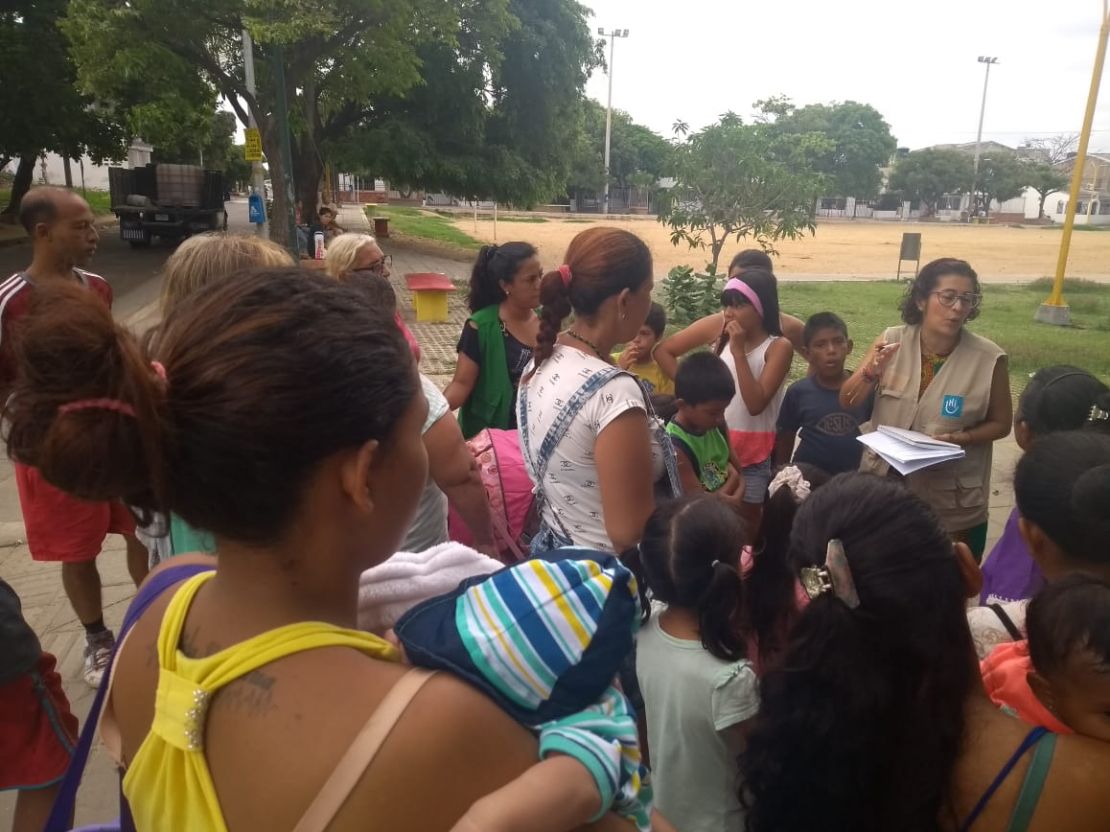 HI is assessing the needs of Venezuelans migrants in Colombia | © HI

Venezuela has been confronted by a serious economic, political and social crisis since 2013. At least 3.4 million Venezuelans have fled worldwide, including 2.7 million to Latin American and Caribbean countries, of which one million in Colombia, according to the United Nations . In recent months, the crisis has forced tens of thousands of Venezuelans to flee to neighbouring countries.

The organisation is currently preparing for the possible launch of an emergency response, in conjunction with DRC and Pastoral Social (Carias Colombia), which would include the following activities:

These activities would be carried out in the areas of La Guajira, Arauca, Atlántico (Baranquilla) and Vichada (Puerto Carreno). HI would then aim to operate in urban areas (Bogota, Medellín, Cali).
HI is also monitoring the situation in Ecuador, Bolivia and Peru.