Reema: “I really hope I can go back to my village and see mum again”

Reema, 14, was abandoned at the age of six. Suffering from phocomelia – a congenital malformation – since birth, for many years she was unable to walk. With support from HI, she has been fitted with a prosthesis and benefits from rehabilitation care. Reema now goes to school. She wants to be a dancer and practices every morning. 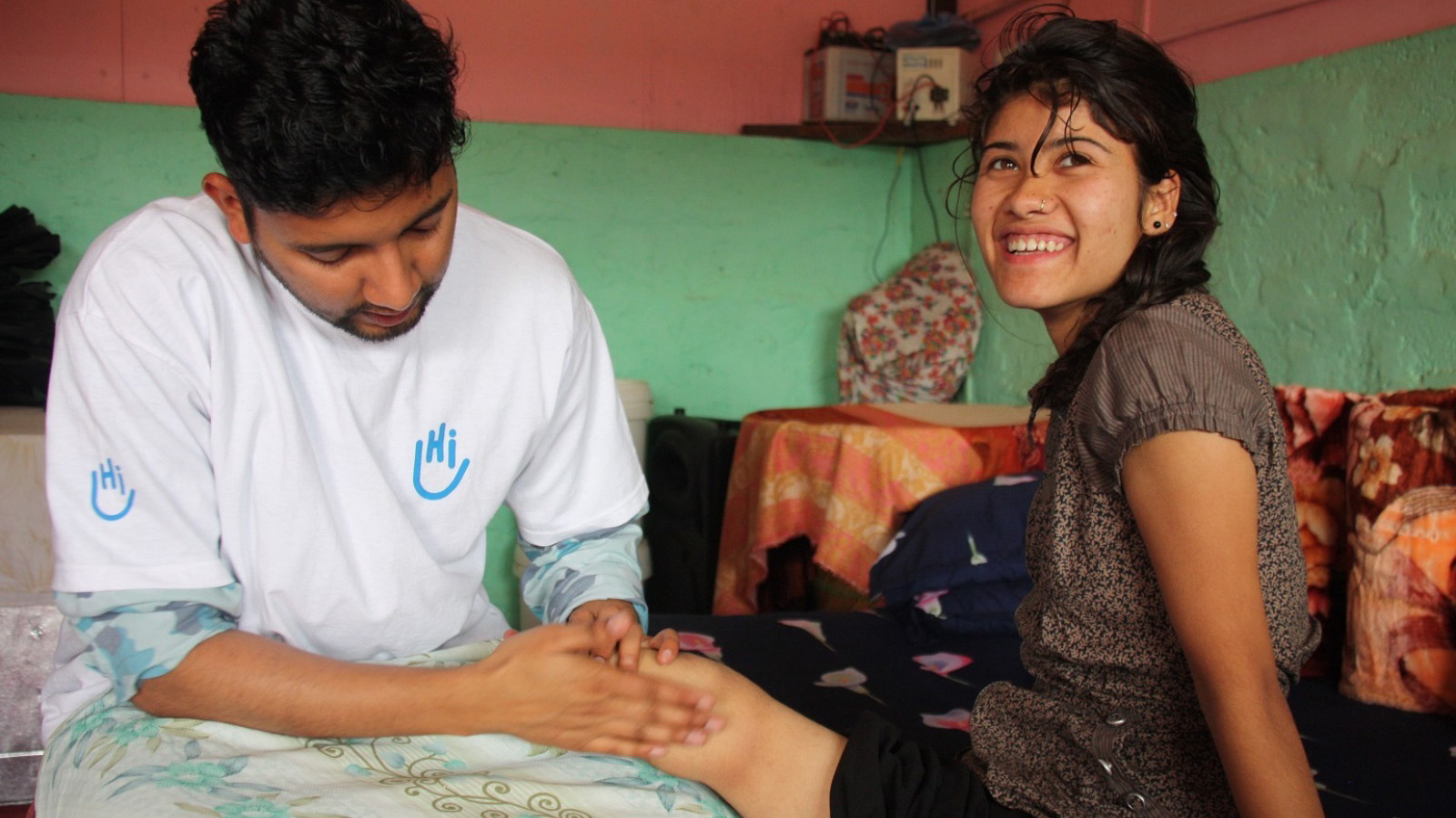 Reema Puri, 14, was born with phocomelia, a rare birth effect that caused the absence of the middle part of her left lower limb. | © Elise Cartuyvels/HI

Reema is dancing around gracefully, clearly in a happy place, surrounded by fifteen or so younger children. Everyone is watching her in admiration. “Reema used to live in a district of western Nepal, a long way from here. She was six when she arrived at the orphanage. Her father died when she was a little girl and her mother abandoned her. She had a congenital malformation – phocomelia – and her foot was attached to her knee so she couldn’t move around by herself. I used to carry her around Kathmandu. I can still remember the stares we used to get in the street: ‘She’s already a mother at her age?’, ‘That child’s disabled.’ I think of Reema as my daughter,” says Uma, who manages the orphanage in Kathmandu.

Immobile for many years, Reema, 9, talked to a local journalist about her experiences. The interview was published and someone showed it to HI, who arranged to meet her. The organisation examined her left leg and decided she needed an immediate amputation. HI fitted her with a prosthesis and arranged for her to attend rehabilitation sessions. “That was the first time we saw Reema walking. Shortly after, she started to dance. It’s incredible,” says Uma.

April 2018. Sudan Rimal, one of HI’s physiotherapists, is visiting Reema to examine her leg: “Her stump isn’t firm enough. Reema needs to do more exercises to strengthen her leg muscles. She’s going back to the rehabilitation centre shortly to adjust her prosthesis.”

Reema practices dancing every morning before school. Her dream is to become a dancer. “And I want to go back to the village where I was born, to see my mother, brothers and sisters again. I think I must have a big family.”  Uma adds: “I’ll take her there one day. I promised her.”