When Typhoon Haima makes landfall on the island of Luzon in the northern Philippines on Wednesday 19 October, thousands of people could be affected. Handicap International is travelling to the province to assess the impact of the damage caused by the disaster. 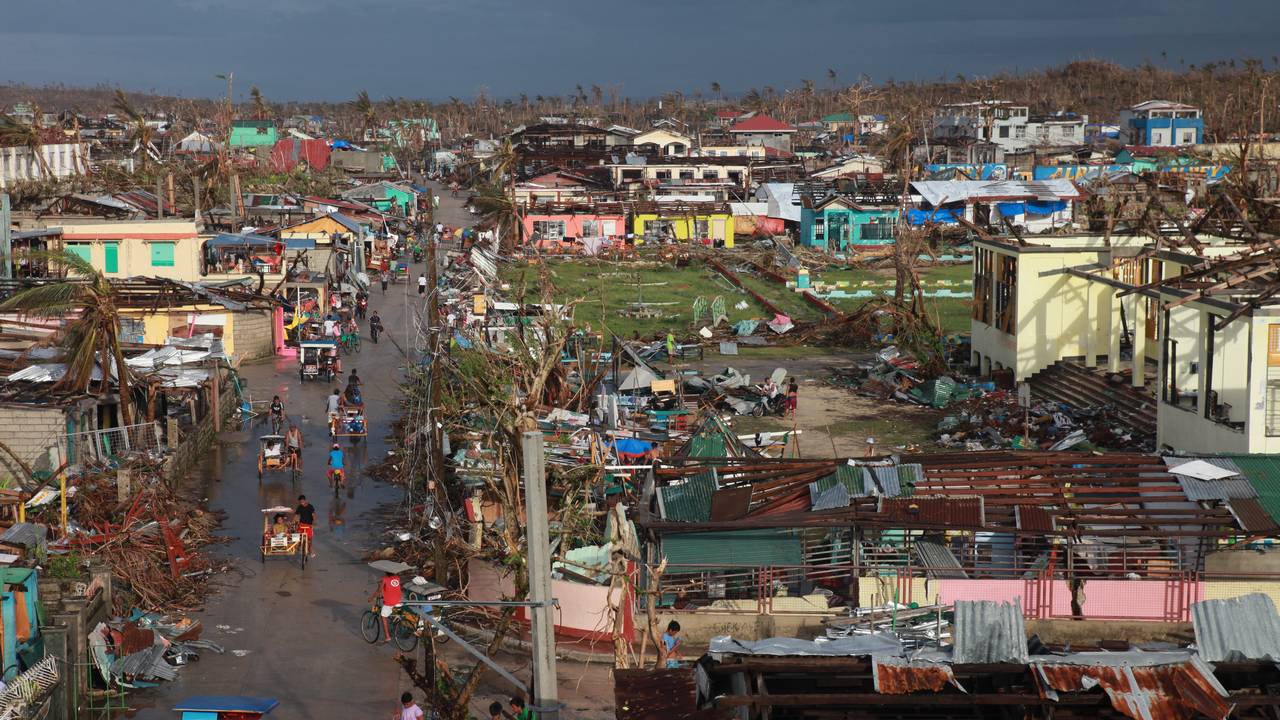 Guiuan city after typhon Haiyan in 2013 | © B. Blondel / Handicap International

Typhoon Haima, ranked at Category 4 or 5 of the five-step Saffir-Simpson scale, is expected to make landfall in the northern Philippines on Wednesday 19 October. This typhoon could affect thousands of people, 266 municipalities and seven provinces, and cause considerable damage:

The typhoon could cause severe flooding and landslides, and significantly affect harvests, which should begin in a few weeks.
The northern Philippines depends on agriculture and the destruction of the plantations would be disastrous for local communities.

The typhoon also risks heightening the vulnerability of the population, already hit by Typhoon Sarika on Saturday 15 October. More than 8,000 people have been affected.

Handicap International will travel to the province of Luzon on 20 October with other NGOs prior to assessing the scale of the damage caused by the typhoon and to plan its response, if required.

Handicap International regularly supplies aid to people affected by natural disasters in the Philippines. The organisation works alongside communities and local authorities to help them prepare for the risk of natural disasters, and to ensure that vulnerable people, particularly people with disabilities, are taken into account.

For the last two weeks, emergency teams have been working in Haiti, one of the poorest countries in the world, following the passage of Hurricane Matthew. The organisation also launched a large-scale response to Hurricane Haiyan in November 2013, which affected more than 14 million people and caused more than 6,000 deaths.