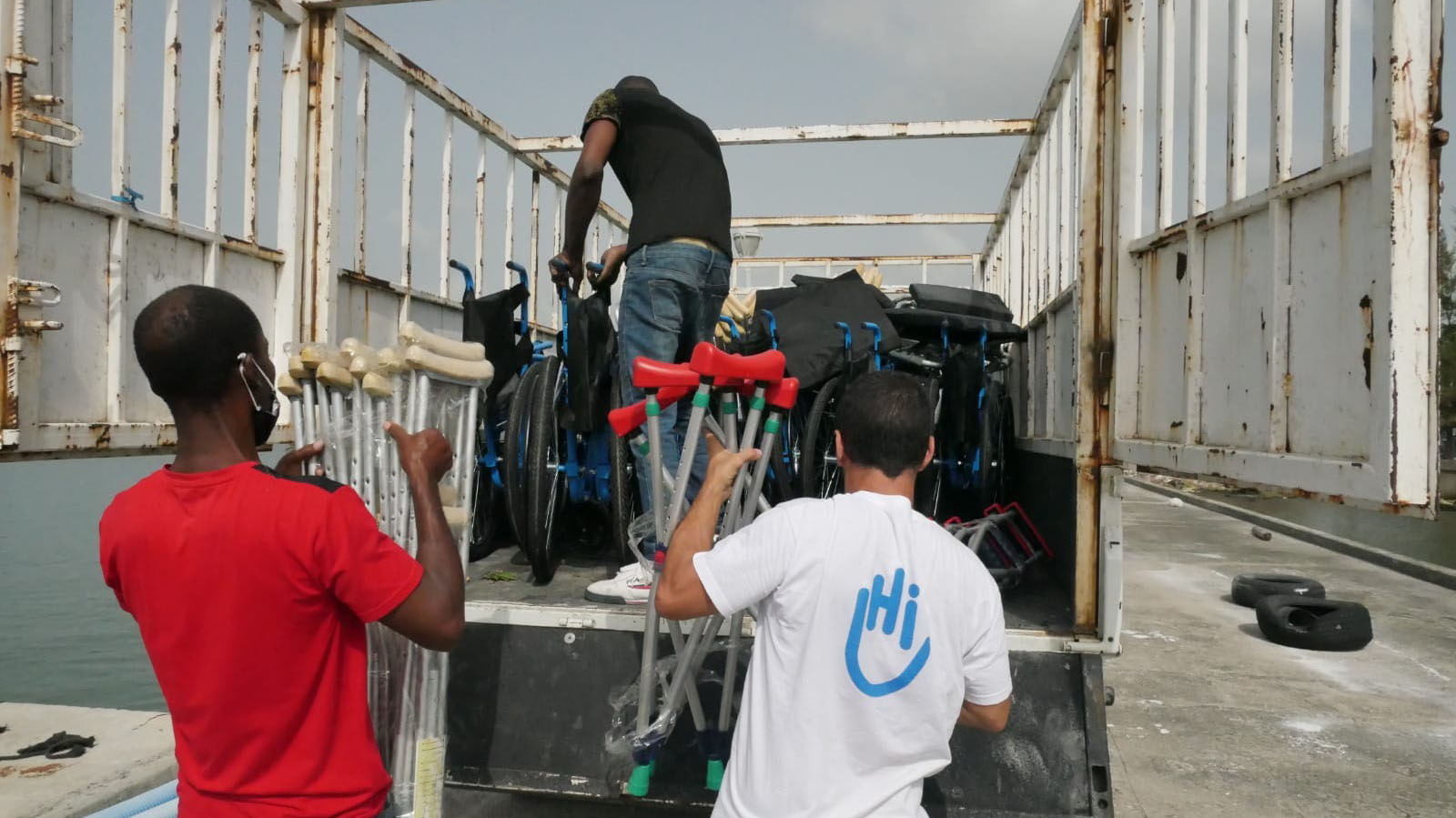 Ongoing evaluations of the situation show death tolls on a steady rise as official reports estimate up to 1300 casualties so far, with those numbers expected to grow. Over 2,830 people were injured in the disaster, more than 5,400 homes were damaged and 2,870 were completely destroyed, leaving thousands displaced and without shelter.

The humanitarian impact is devastating and people in the South, Grand’Anse and Nippes regions of Haiti are in need of emergency support.

HI teams have been assessing the situation, planning emergency response and have identified three areas of priority:

Teams are already on-site, and reinforcements are expected to arrive Wednesday morning. However, staff report that this coordination is made more difficult by a current lack of access to the most affected regions.

"Access is a major concern at this point for our team and Atlas logistics,” says Agathe Lo Presti, HI’s program director for Haiti. “The departmental road #7, which connects the Grand’Anse to the South has been completely blocked by landslides following the earthquake. Any roadway movement between the two departments is essentially impossible until it has been cleared, delaying important aid to the most affected areas."

Logistics teams are in the process of clearing the rubble as quickly as possible and hope to reopen the road by Wednesday. Until then, given the urgency of the situation, HI is looking into the possibility of reaching the areas by sea.