The resurgence of violence in the Gaza Strip since 11 May has already left dozens dead and many others injured. Humanity & Inclusion (HI)’s teams are ready to mobilise in aid of the most vulnerable and the injured. 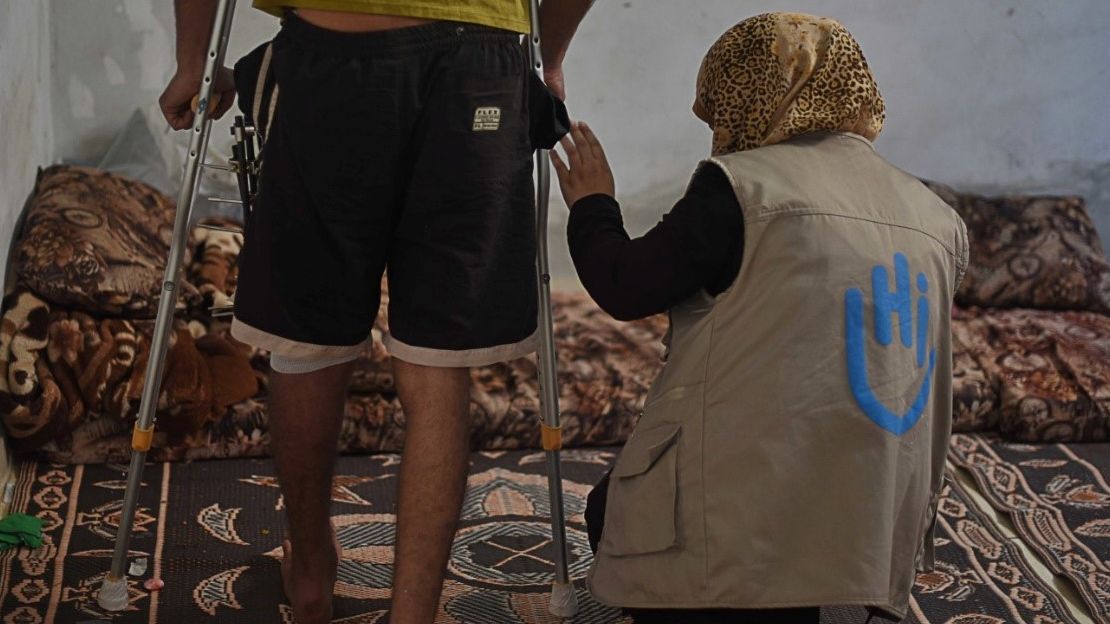 Within twenty-four hours of the latest outbreak of violence in Gaza, some 50 people have been killed and many others injured, including nine children. “Civilians are the main victims of these latest clashes,” explains Laurent, who manages HI’s actions in Gaza. “HI is also concerned about the most vulnerable people, including older people, people with disabilities, and isolated women. They find it difficult to move around and seek assistance, so they’re the first to be affected in crises and conflicts. The Gaza Strip is 3 km wide and 42 km long and has more than 2 million inhabitants. The population is extremely dense. This is why there are multiple civilian casualties as soon as a conflict and fighting break out. Air strikes often also damage and destroy homes and infrastructure, including hospitals and schools, as well as roads, electricity, and gas and communication networks.”

The Gaza Strip has been under blockade for a long time, and supplies are already extremely limited. The latest clashes could lead to a rapid deterioration in the situation. If the power plant is no longer supplied with fuel there could be power shortages, and water could be in short supply. Food shortages are also a possibility.

If fighting continues, hospitals in Gaza risk an influx of injured people who will need rehabilitation care after receiving emergency treatment. HI also fears that the situation facing the most vulnerable people will worsen unless they receive the humanitarian aid they need. It will also be necessary to provide support to people who have lost their homes as a result of bombing or who are unable to ensure their basic survival.

HI also expects to supply aid to the most vulnerable people through its teams and partner organisations, and to mobilise its pre-positioned humanitarian stocks, including hygiene kits and walking aids (crutches, wheelchairs, etc.).